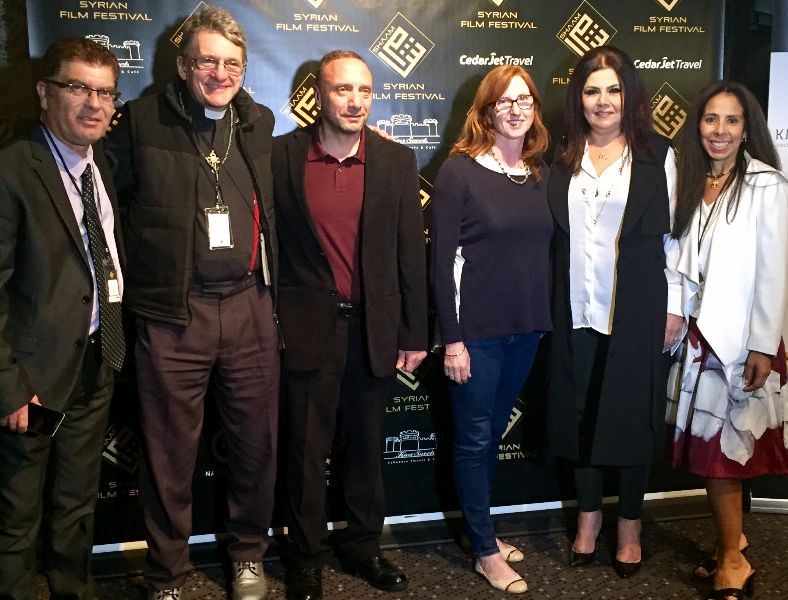 A night with the stars at Sydney's Syrian Film Festival 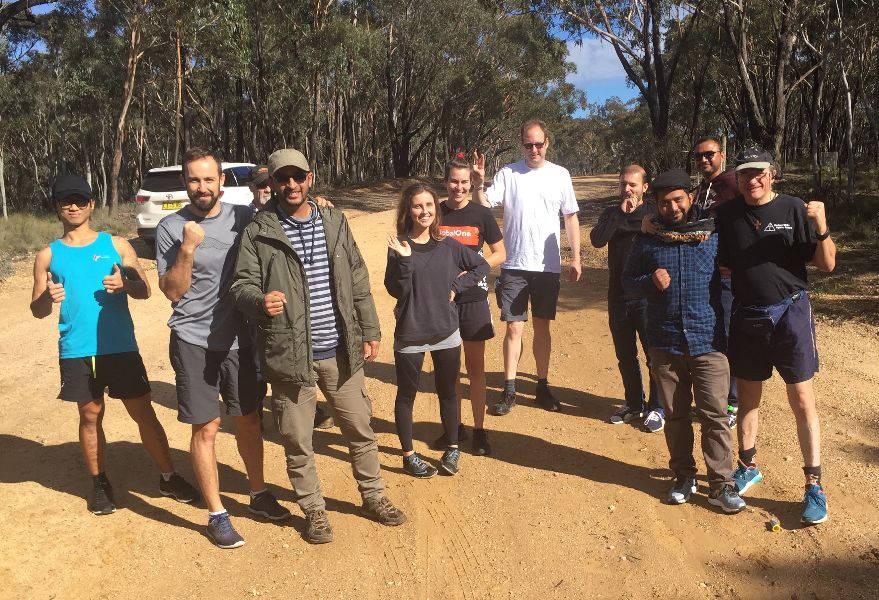 Another great Warrior's Weekend at Binacrombi 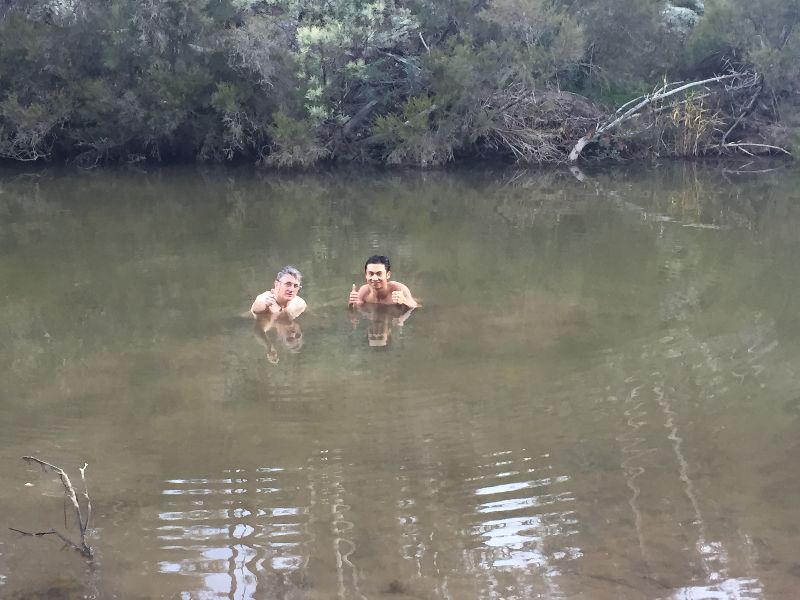 Cold Therapy in the Binacrombi billabong 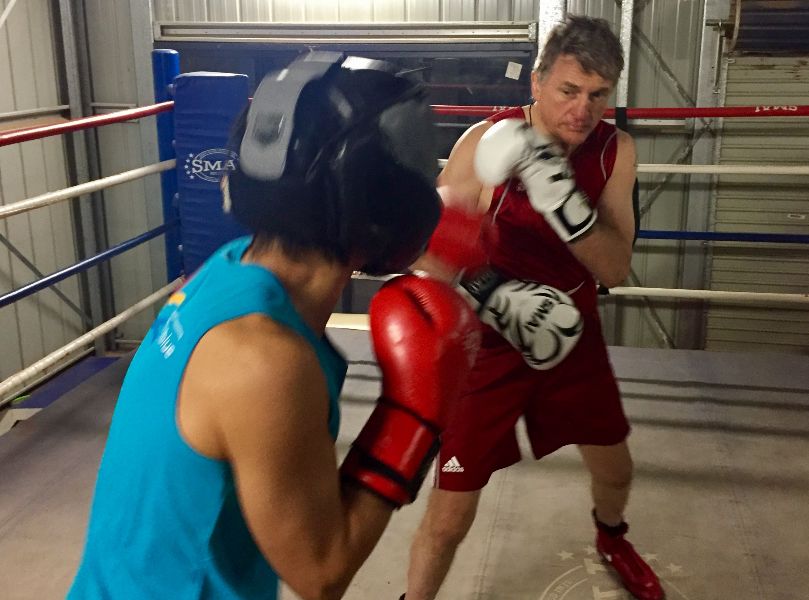 Sparring in the Binacrombi ring 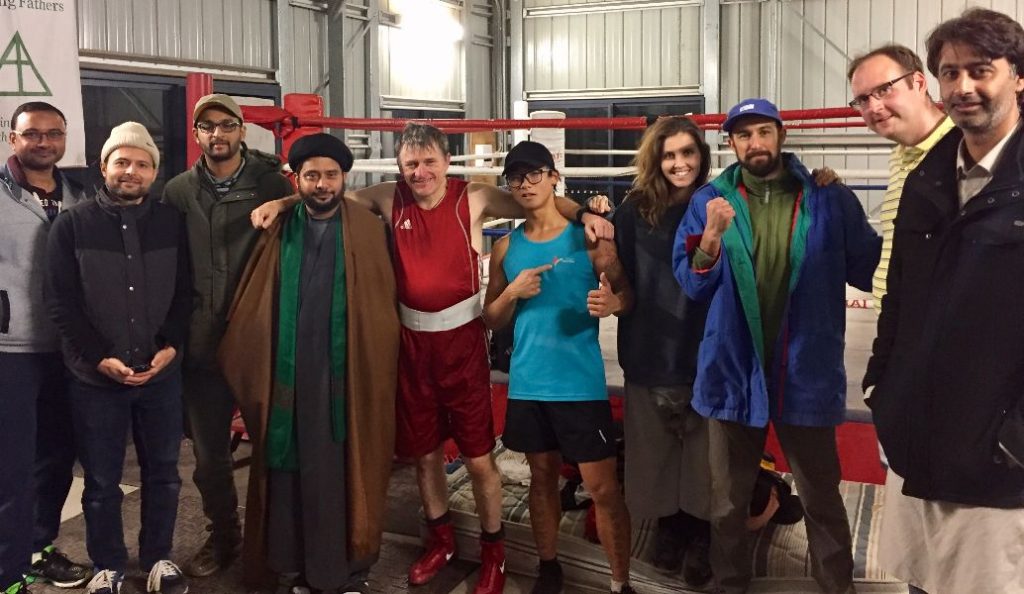 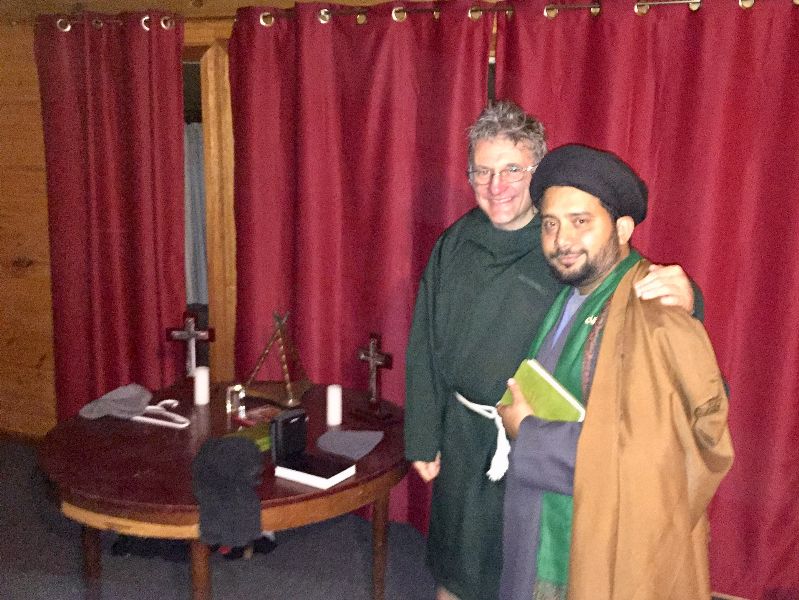 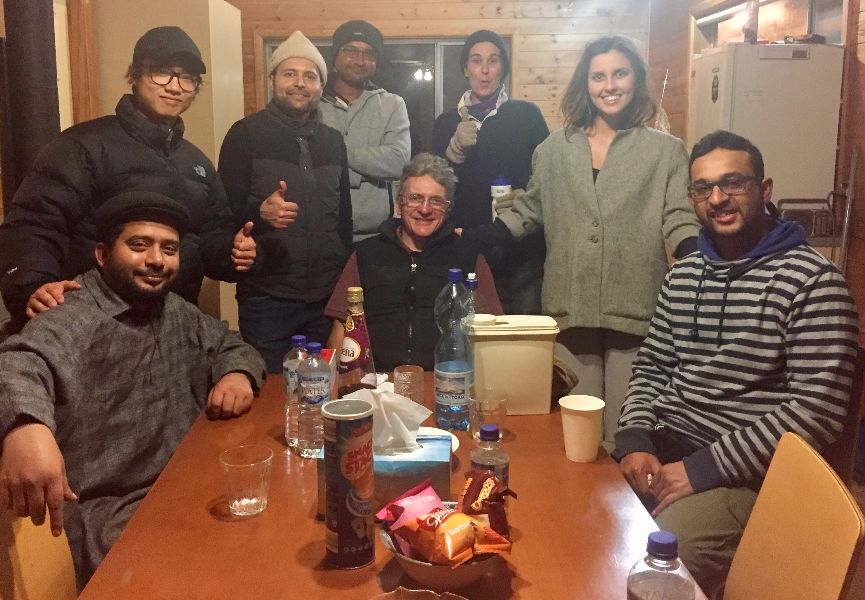 a great finish to a great Warrior's Weekend 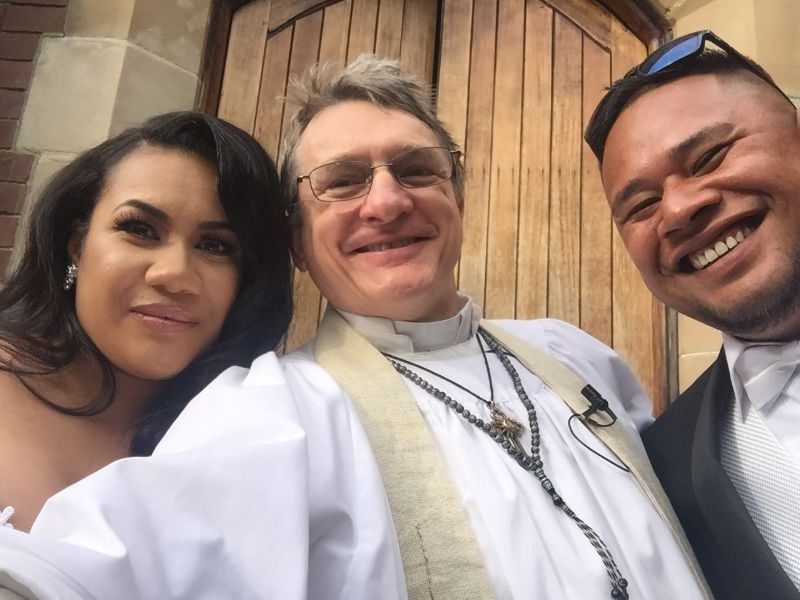 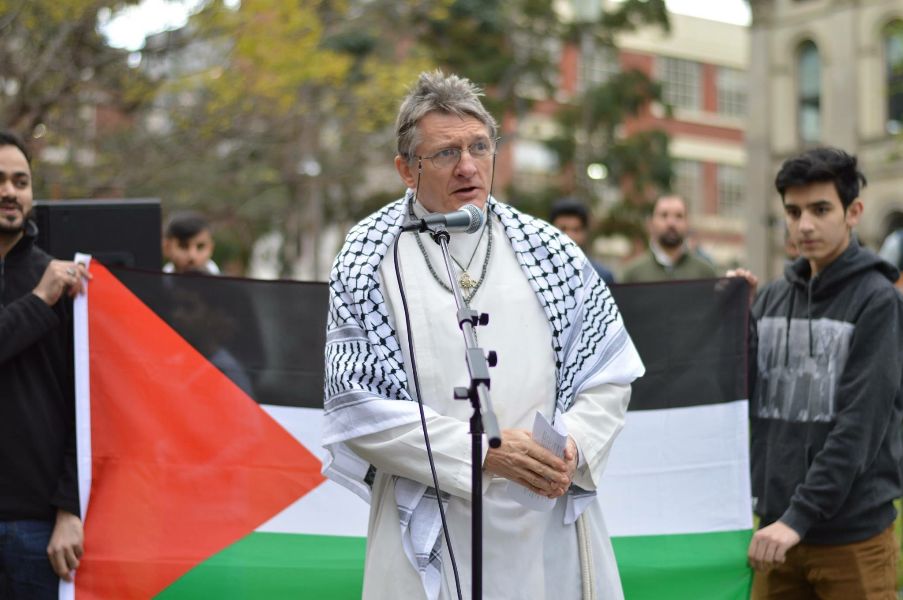 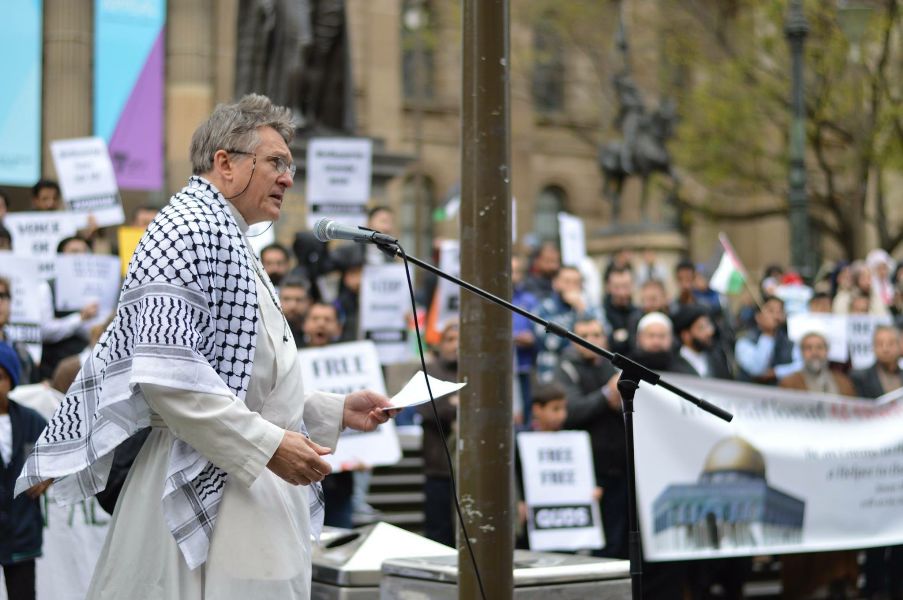 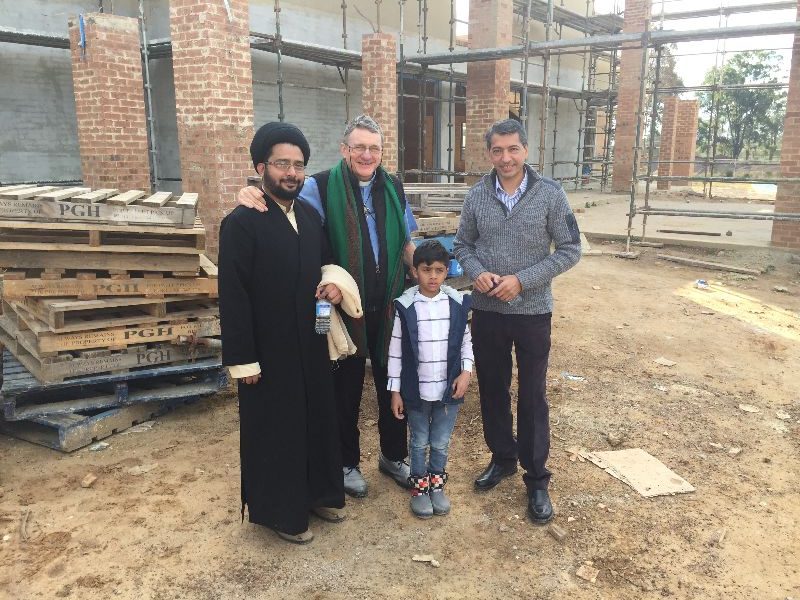 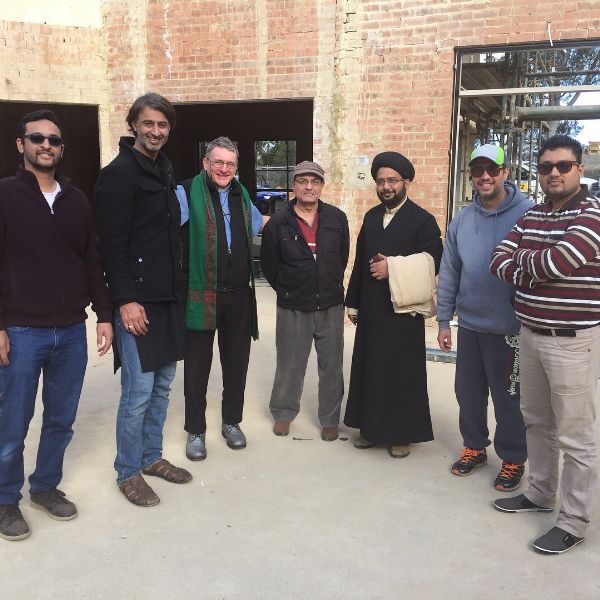 Once again it’s been far too long since we last communicated in this way, and indeed, I’ve taken five weeks of long-service leave since then.

My goals in taking that leave were three:

I’m happy to report a degree of success on all fronts.

Certainly, Binacrombi has never been functioning so well. Indeed, the initial vision of Binacrombi as Australia’s leading adventure site for young people looks less and less like a dream and more like reality. Moreover, Bina continues to prove itself as a place of healing and renewal.

We held a fantastic Warriors Weekend up there last month (as evidenced in some of the pics above). The camp brought together some of our team from Dulwich Hill with members of the Muhammadi Welfare Association of Penrith – a wonderful group of Pakistani Muslim Australians.

The camp concluded with a traditional Pakistani BBQ, courtesy of our guests. We had one old Australian bushman with us who had never been near Pakistani food before in his life. “Best tucker I’ve ever tasted!”, I heard him say!

As regards the book, I have indeed finished a draft of the first part, and am really hoping to have it all published before the end of the year.

I still haven’t come up with a better title than “Christians and Muslims can be friends”, though I appreciate the alternative suggestions that have been offered, I figure that at least with the current title, it’s obvious what the book is about.

In terms of completing the book, I’d really appreciate help in two areas:

Firstly, I’m looking for people who will read and critique what I have written. I’m happy to share the existing seven chapters with anyone who is willing to read through them, check for typos, and tell me where I can make improvements. Just send me an email if you’re interested.

Secondly, my plan for the second half of the book is that it be a compilation of interviews with various Muslim religious and community leaders. I’ve already done a number of these interviews but I need a few more. If you have any suggestions (and, ideally, contact details) for appropriate persons I might interview, let me know.

Keep in mind that my primary target audience for the book is Christian people like myself. I’m therefore looking for persons that the average white, Australian Christian would recognise as authentic representatives of the Islamic community.

As to getting ready for a fight, things started going in reverse for me! Rather than getting fitter during my leave, I developed a rotator-cuff injury that just won’t go away, then I fell down a flight of stairs at Binacrombi and did myself some damage, and then I almost got wiped out by a truck while doing a late nigh run!  I think the Good Lord was trying to keep me humble.

Having said that, I am happy to report that the big fight has finally been confirmed. I’m scheduled to fight Dave Birchell at Husrtville Entertainment Centre on the evening of Friday, August 25th!

It will be the fight of my life – no doubt about it. Dave was a member of the Australian Olympic team, and has subsequently been undefeated as a professional. With me now at 55, he is also twelve years younger than me, so, on paper, I don’t have a hope! Even so, I’m counting on my good cardio-vascular fitness (which has never been better) and perhaps a bit of help from above. 😉

In truth, if this fight goes badly for me, it will probably be my last. If, on the other hand, I do well, I can see a clear path from Hurstville Entertainment Centre to The Citadel in Aleppo. I appreciate that the connection will not be obvious to many people, but in my mind that’s what the fight it really all about. I’m still hoping to be back in Syria before the end of the year, and I really believe that the best contribution I can make there will come through boxing.

If we can stage some high-profile boxing matches in Aleppo, we can get the eyes of the Western media on Syria, and if we can get the real Syria screened into the living-rooms of average Australians (and Americans and Europeans) then we can start to erode the myths that are fuelling the violence.

If you’re having trouble following my logic, I apologise. Hopefully all will become clear as the lies that make for war are systematically exposed by groups like WikiLeaks, and as the truth gradually emerges. Ether way, I believe Boxers for Peace has a role to play.

Anyway, I’ll be back to you soon with ticketing details for the big event, and will appreciate any and all support. Hopefully we’ll raise plenty of funds on the night too that can be forwarded to places in Syria where they’re needed the most. Whatever the outcome, I’ve never had a better reason to get beaten up. 😉

In keeping with the ‘Christians and Muslims can be friends’ theme, I thought that today I’d include my recent sermon on the doctrine of the Trinity.

I’ve found though that one of the difficulties my Muslim friends have with Christian doctrine is that they simply can’t make sense of the Trinity. In truth, I’m not sure how many Christians understand what it’s about either. At any rate, I wrote a letter to my friend, Sheikh Mansour, trying to explain to hm why Christians believe in the Trinity, and this sermon is basically a recitation of that letter.

I trust Mansour won’t mind. I’m planning on including it as an appendix to the book too. Let me know if you find it helpful. If you’d prefer the written version, you can find it here.

Before signing off today, I want to raise one other issue that is very important to me.

Over the years, a small band of faithful supporters have helped keep the online work of Fighting Fathers Ministries going through their financial support. Those persons are the subscribers to the Fighting Fathers Member site.

Some of you have been subscribing at a rate of $10/month for many years now. Some contribute more. A number have dropped off, but some of you have been with me from the beginning! I know who you are and I pray for each of you by name regularly. Financially speaking, this work could not have survived without you, and at a personal level, your willingness to stand with me in this fight has been a source of constant encouragement.

Having said that, I am conscious that membership of the Fighting Fathers Member site is no longer offering value for money, and I don’t feel good about this. The site is badly out of date and has technical problems that cannot be easily solved, so I am looking at re-thinking the whole member-site concept. The question is ‘what form should a new member site take?’

I am going to contact each of my current subscribers personally to ask this same question, but I want to raise it here openly first – both to current financial subscribers and to all supporters of Fighting Fathers Ministries. What sort of subscription-based online site would be useful to you in your work and ministry?

I am limited, of course, in what I can offer, but I do want to offer something substantive to subscribers:

These are a few ideas that spring to mind, but I really want to hear from you. How can I best support you as you serve God and people in need? Send me an email. Let me know your thoughts. I look forward to hearing from you.