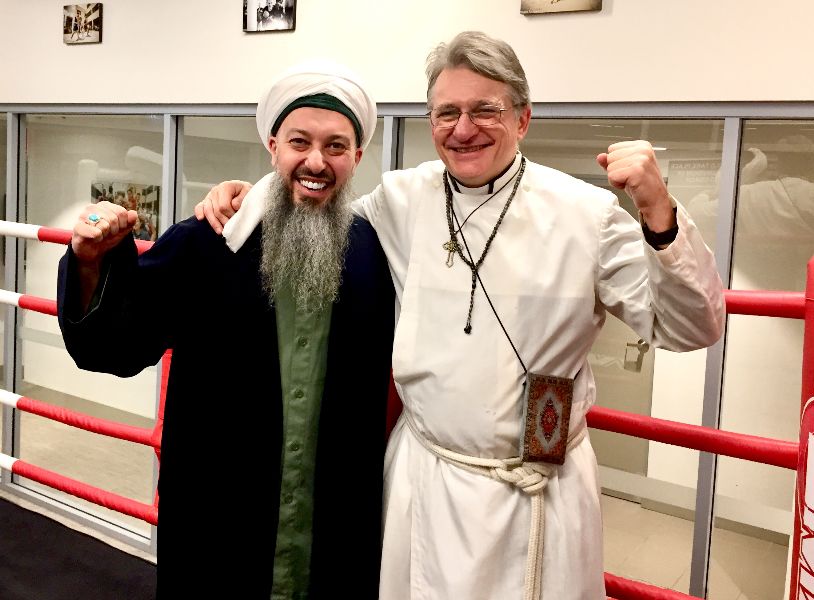 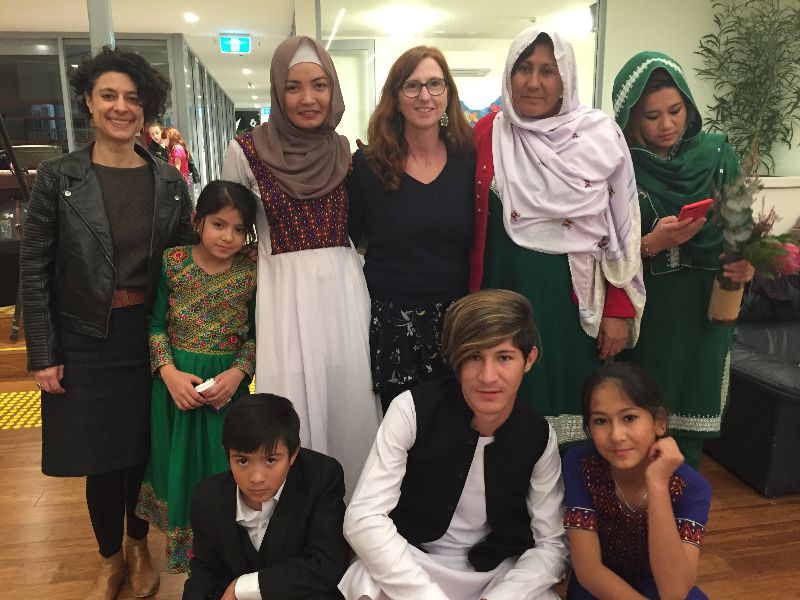 Our wonderful bush-dance fundraiser for the 'House of Welcome' 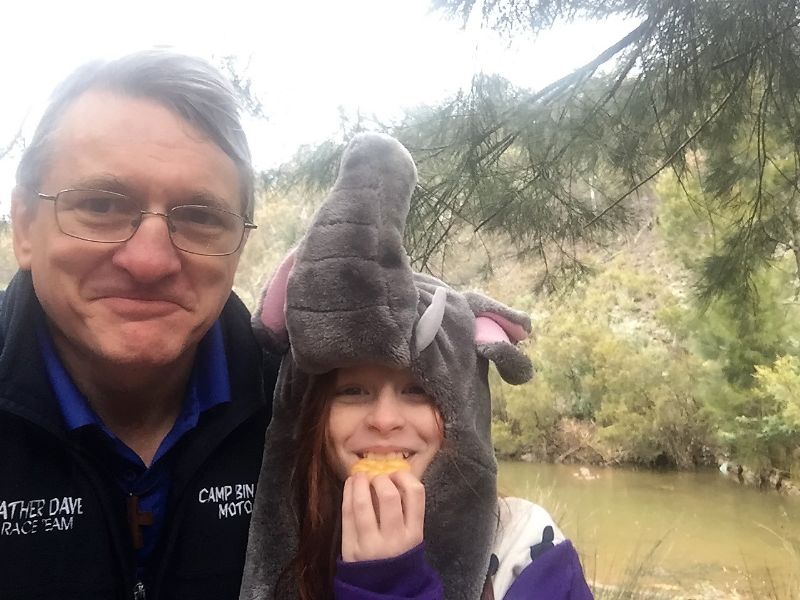 Discovering some unusual wildlife at Binacrombi 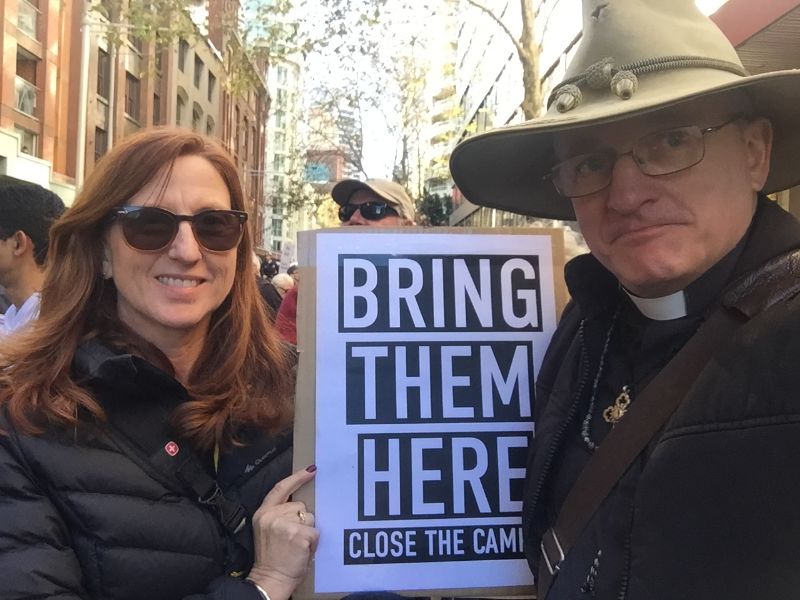 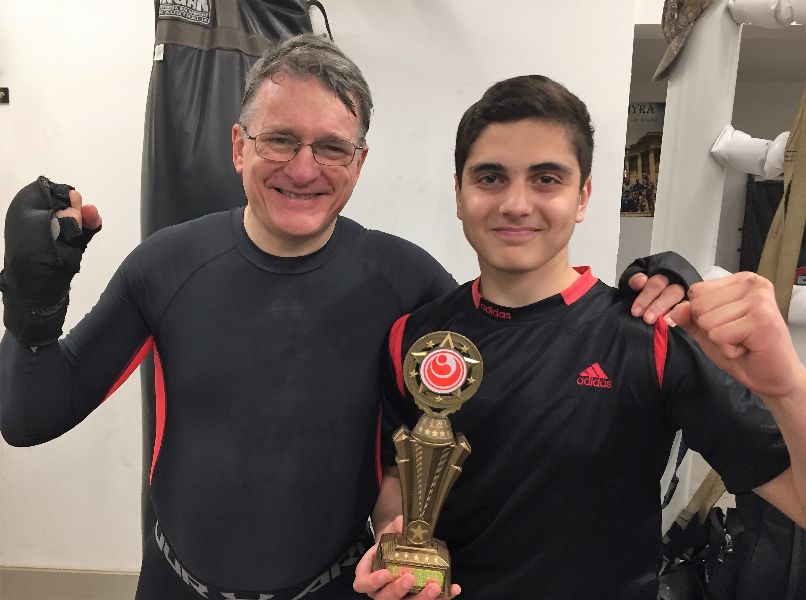 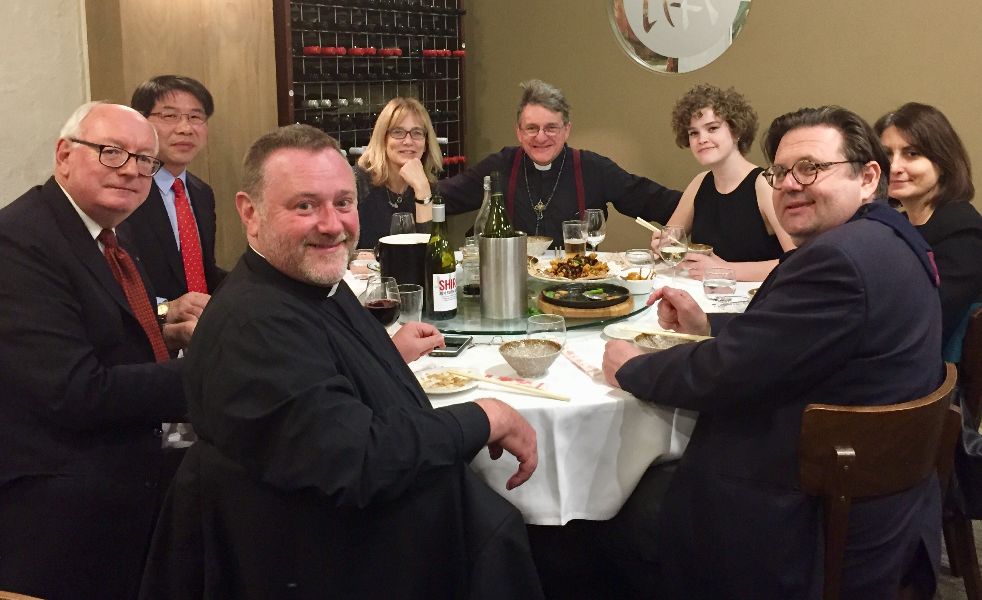 dinner after the G20 inter-faith seminar in Canberra 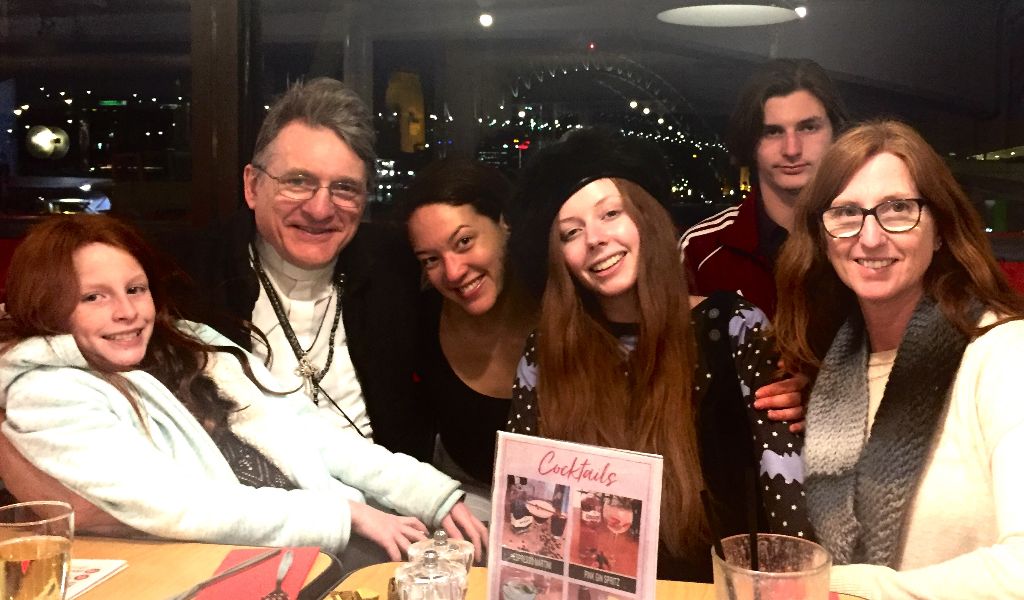 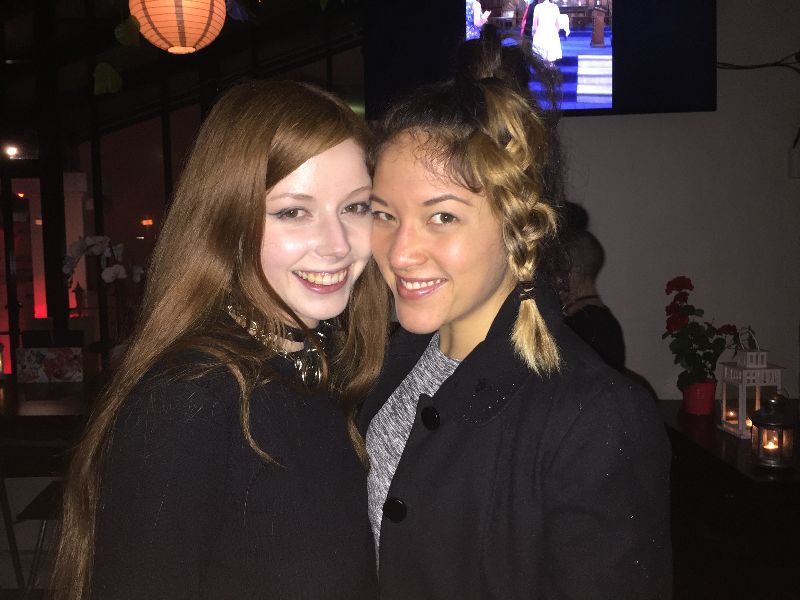 My darling adult girls - Imogen and Veronica - at Imo's 21st 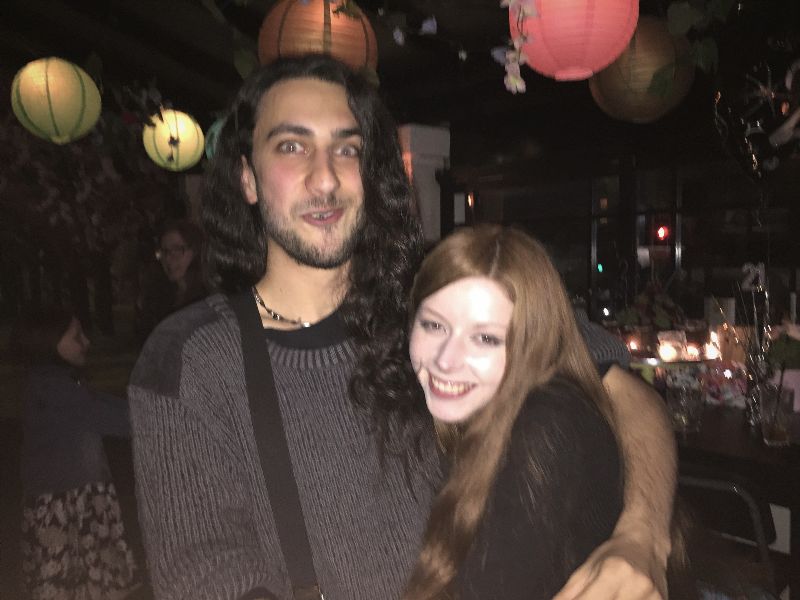 Imogen and Rami at Imo's 21st 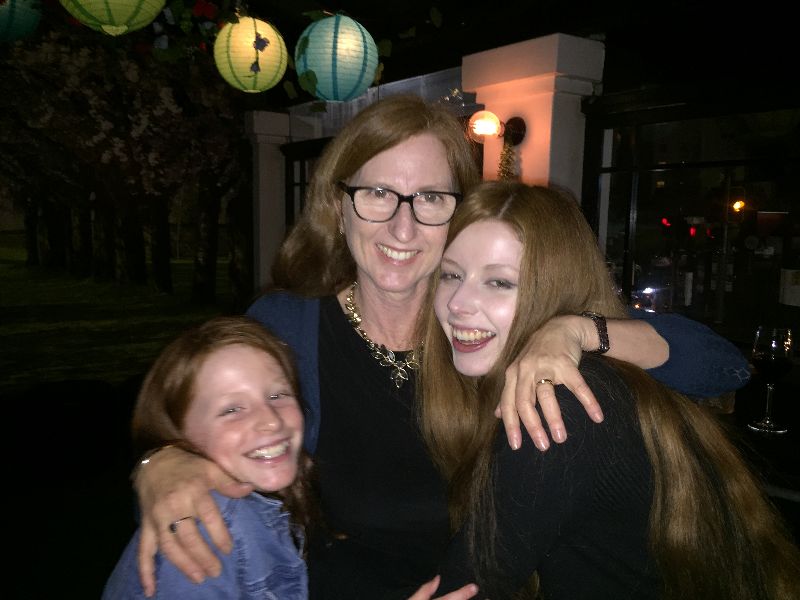 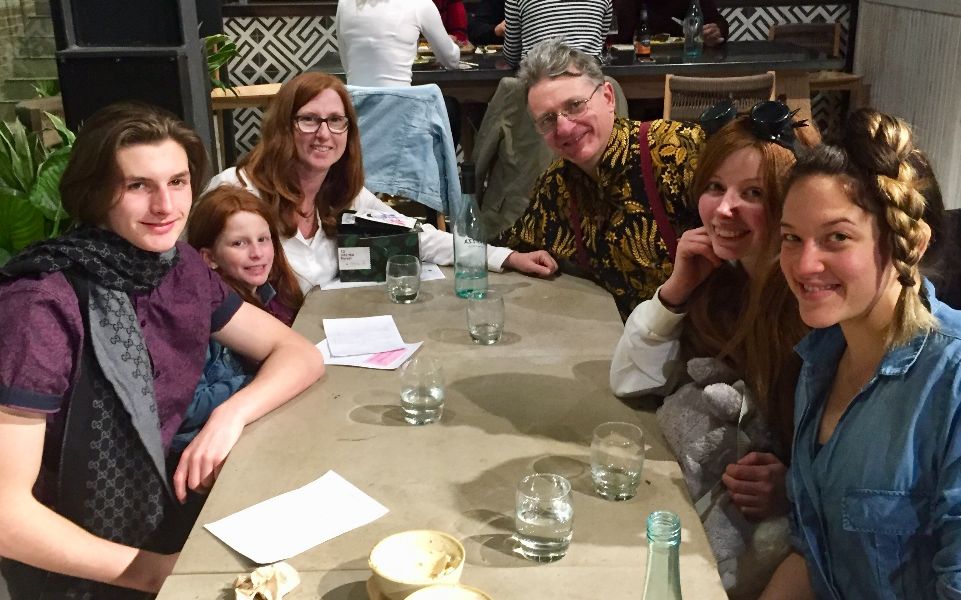 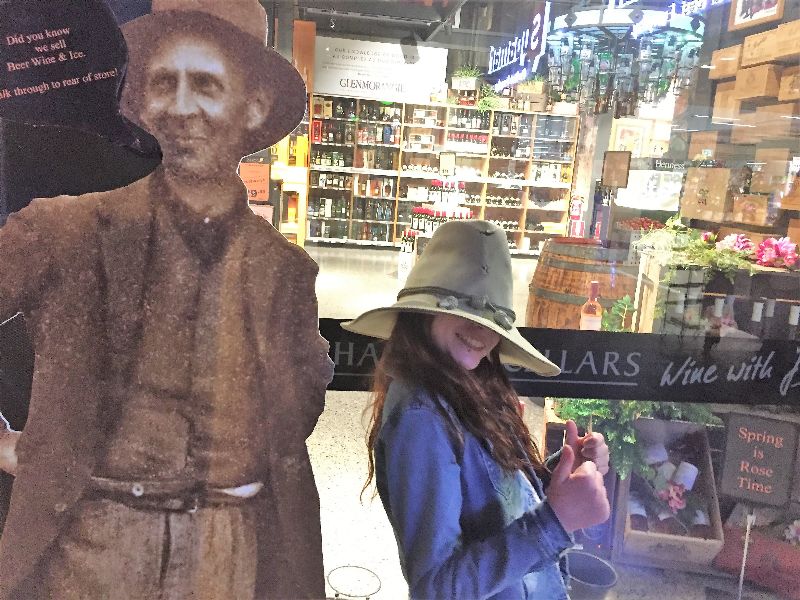 It’s Father Dave back with you after another prolonged period of silence. I haven’t been hibernating through the winter (as attractive a proposition as that would have been). I’ve been doing the usual – preaching, praying, training, fighting and celebrating – and I’ve been preparing for a series of big events. It’s time to share some of those with you and invite you to get involved.

Four things are looming large on my horizon at the moment, and I need your prayers and support in all of them.

Firstly, we’ve got another Warrior Weekend coming up on October 5 to 7. As ever, we combine intense physical training with sessions of monastic prayer and meditation every three hours. The three-hour pattern goes back to St Benedict (of the Benedictine Rule) who believed that you could only go for three hours without getting yourself into trouble. That’s particularly true when you’re racing around the bush, running, boxing, and plunging into icy-cold water.

If that description doesn’t entice you, click here to watch the 1.5 min documentary video that was made of our last camp, and then download the application form here, print it, sign it, scan it, and send it back.

Our sisters and brothers in Syria need all the prayer and support they can get at the moment. They could probably also benefit from having a good boxing promotion staged in the capital! Let’s see if we can’t give them all three!

The plan is to put on a boxing show in Damascus in late November or early December. I already have a local opponent lined up and I’ll fill you in on the details when it’s all confirmed. I need at least four other fighters to come with me. Are you in?

If you can box and if you want to make a difference, let me know ASAP. We’ll put on a great show, and we’ll distribute funds and medicines wherever we go.

I’m planning to have another fight in mid-November. This one will be in Sydney, and I already have an opponent lined up. Other details are being finalised now. As soon as everything is confirmed, I’ll let you know. I’m hoping to get maximum support for this one as everything we raise will be helping Boxers for Peace get to Syria. Whatever we have left over, we’ll take with us and distribute in Syria.

Sermon Time – sex and the Bible

I’ve come under a lot of criticism in recent years for not echoing the traditional teachings of the church when it comes to human sexuality. It’s the Protestant in me, always wanting to ground my values in the Scriptures rather than in church tradition, and the truth is that the Scriptures themselves are very ambiguous about sex. Don’t believe me? Take a look at the Song of Songs.

OK, Fighter. I mentioned up the top that there have been four things I’ve been preoccupied with of late. The fourth is the relaunching of www.fighting-fathers.com!

A few of us have been chipping away at this for some months now and we’re almost ready for a formal launch. Fighting-Fathers.com has had a face-life. In fact, it has evolved as a whole new platform and we have it in BETA testing mode at the moment.

You may have noticed that the big social media sites (Twitter, Facebook and YouTube) have been deleting millions of accounts lately that they have earmarked as ‘fake news’. A number of my friends have lost their personal accounts.

It would appear that if you’re offering perspectives that could be considered pro-Russian or pro-Iranian, there’s a good chance you’re going to have your account deleted. In other words, the days of free speech on the Internet are coming to an end.

One of the few things we can do about this is to set up independent social networks where people can still express dissident opinions without risk of censure. I’m keen to establish www.fighting-fathers.com as one such network. Let me know if you’d like to be a part of the BETA testing group and I’ll get you the details.

That’s all for now, fighter. Keep me in your prayers as I do you.