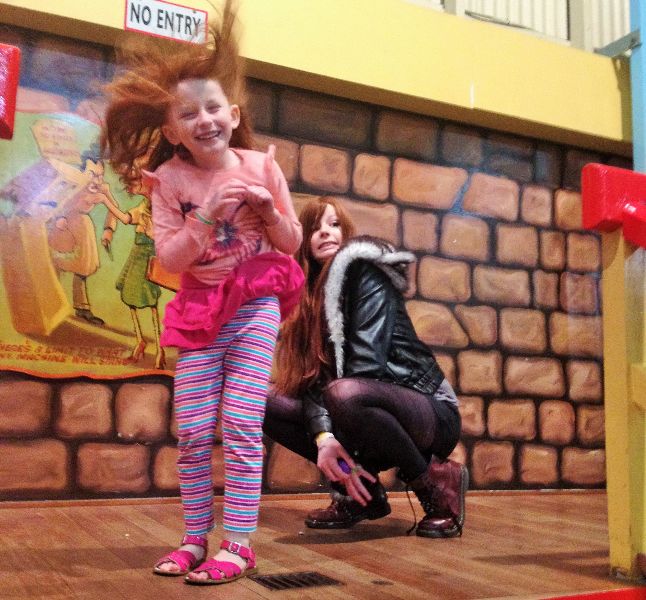 Back at Luna Park! 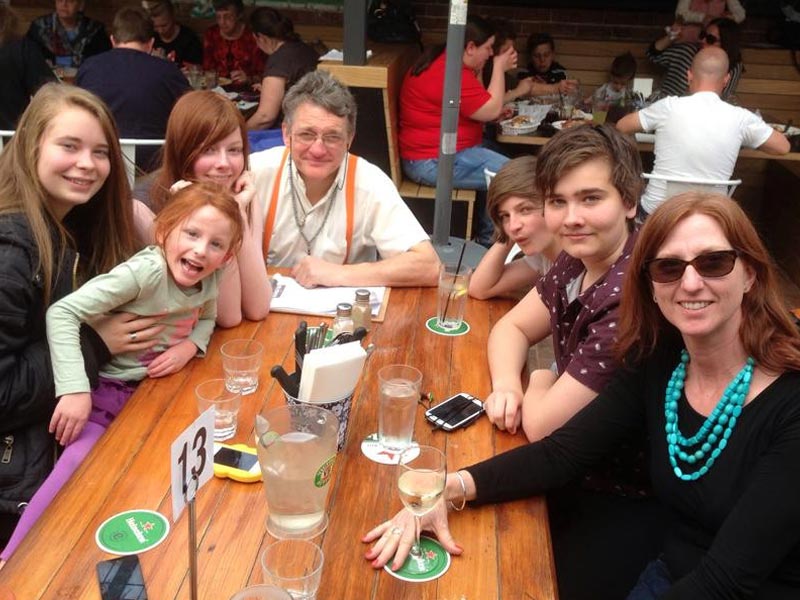 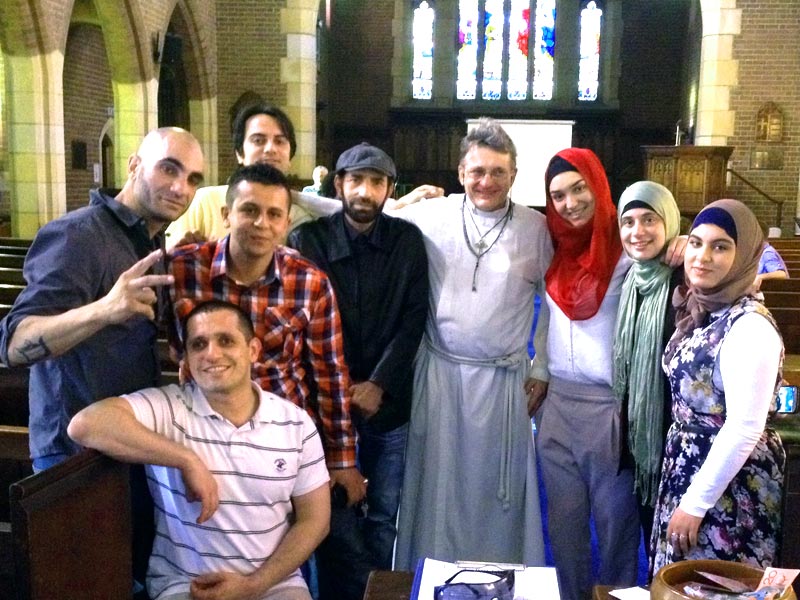 Another great gathering of faith communities at Holy Trinity! 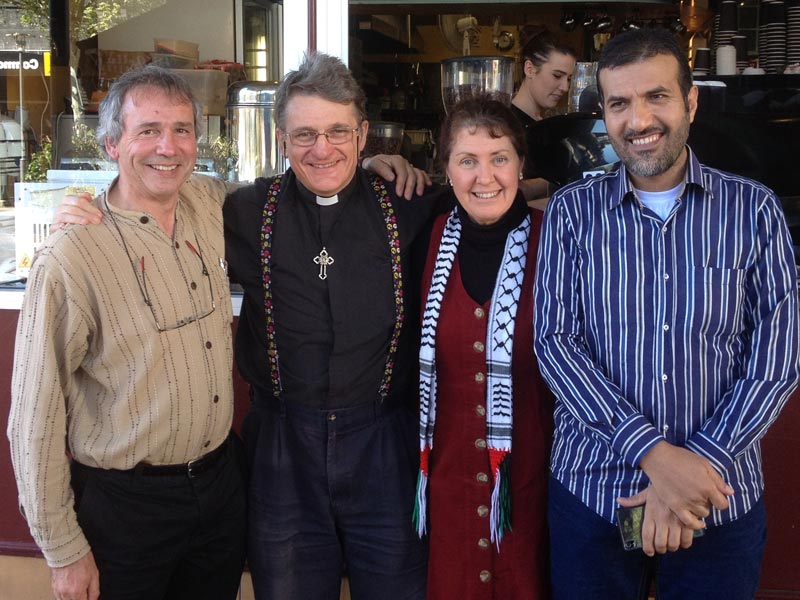 with members of the Romero Community of Adelaide 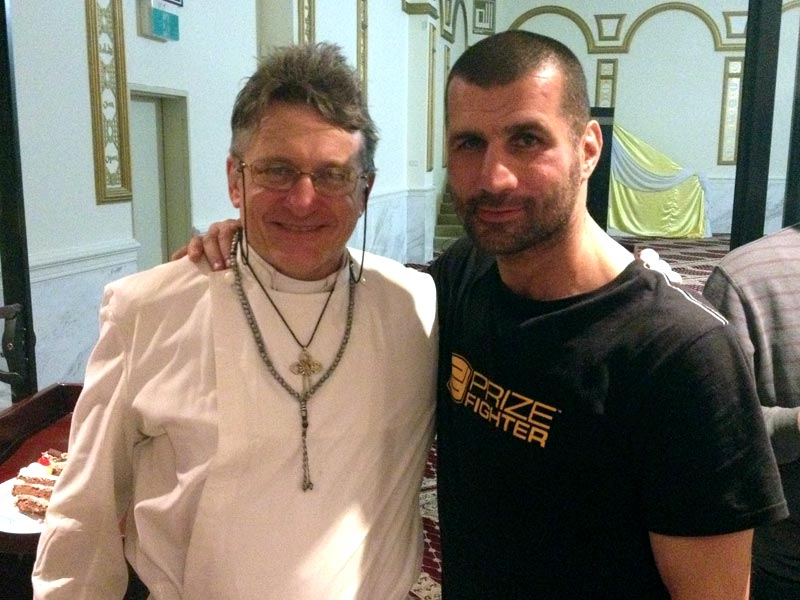 with Nader Hamdan at the Arrahman Mosque 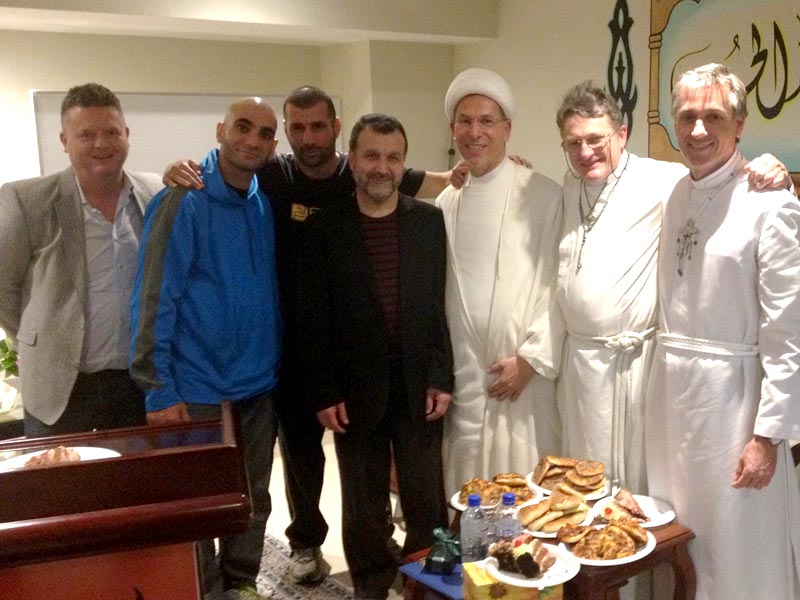 a great night at Masjid Arrahman 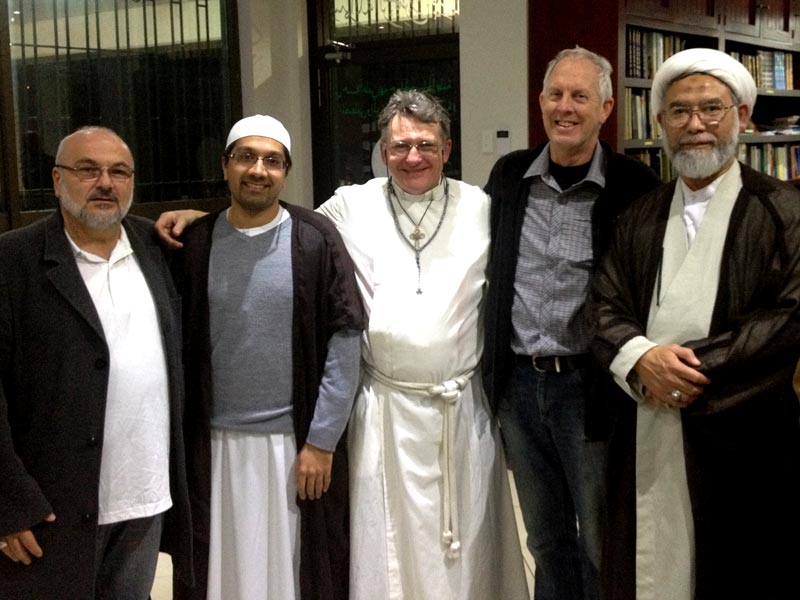 a great night at the Imam Husain Centre

I am writing to you today primarily to ask for your help in sharing my ‘STOP THE WAR’ video appeal with the rest of the world. I’ve also though had a couple of dramatic weeks since we last communicated and I must share some of the highlights with you too.

I mentioned in my last post that we’d planned two inter-faith events for late September. There ended up being three events, and they all went brilliantly!

This last event was particularly memorable for me as I hadn’t met the community of Masjid Arrahman before and they were wonderfully hospitable, even baking me a cake in honour of my wedding anniversary!

The team from Arrahman Mosque also put together a video on the night, and it’s a beautiful 4-minute tribute to our time together. I was tempted to embed that video in this post alongside my ‘STOP THE WAR’ appeal but instead I’ve given it a page of its own on ChristiansandMuslims.com. If you have 4 minutes please visit the page and enjoy this wonderful glimpse of people from different cultures and faiths breaking bread together in harmony.

OK, here it is! I spent about three weeks writing the script for this video and I truly pray that it will achieve some good.

My appeal is about the length of one of my sermons (17 minutes) and I appreciate that it therefore takes some commitment to hear it through. Even so, I hope you will do me the favour of listening to it in its entirely and then passing it on to anybody who you think might benefit from it.

I’m directing my appeal primarily to others in the Christian community who have little understanding of what’s going on in Iraq and Syria at the moment beyond that Al Baghdadi’s ‘Islamic State’ is an evil group of fundamentalists who are killing people without reason and therefore need to be stopped with force.

My purpose is in no way to defend ‘Islamic State’, but I do think that it is essential that we understand what is driving these people, and I do believe that a proper examination of the facts will show that there are better ways of responding to this crisis than sending over American and Australian troops! Indeed, there are excellent reasons for assuming that our involvement will make things much worse, at home and overseas!

I’ll leave you to judge whether I am correct in my analysis, and I’d very much appreciate your feedback in the comments section below. I must say though that the feedback I’ve received thus far has been very positive, especially from my Muslim friends. Indeed, two gracious souls paid me the highest of compliments, saying that they had never before heard a non-Muslim articulate so well what Muslims are feeling!

If this video appeal does help other non-Muslims to better understand how Muslims today are feeling and thinking it will have accomplished much! My prayer though is that it will also motivate many of us to stand up to our governments and tell them to STOP bombing yet another majority-Muslim country – the 7th since Mr Obama took office!


There are lots of ways you can share my video appeal:

This last site is the one I would recommend that you refer people to. It is an engaging format and it also invites visitors to join my mailing list 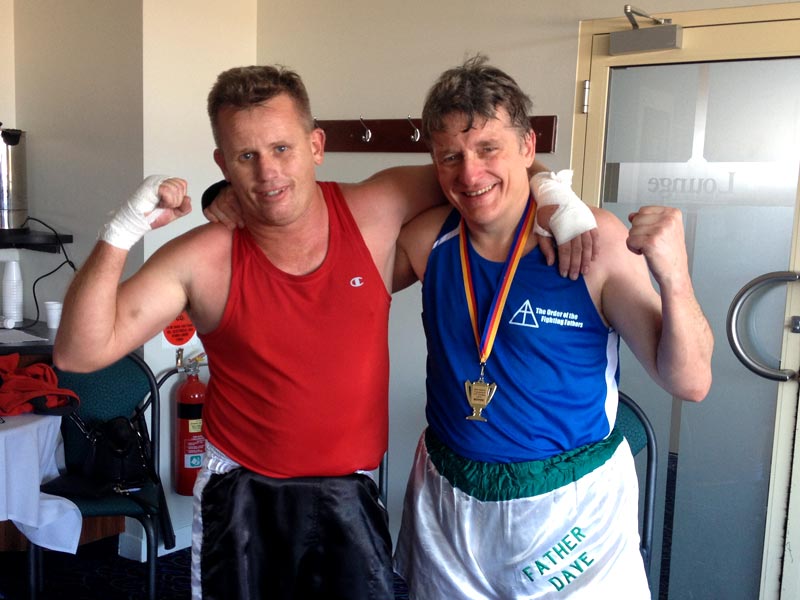 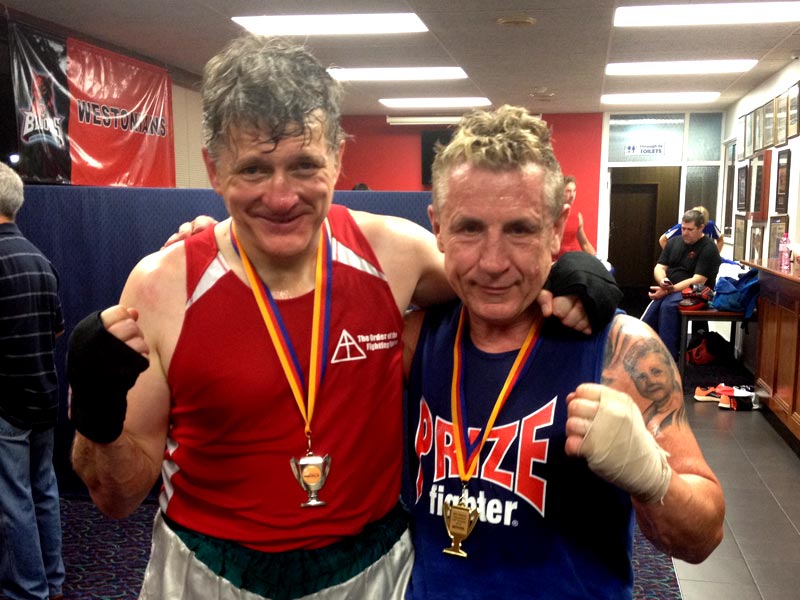 I don’t think I mentioned last time that I’d signed up to compete in this year’s Masters’ Boxing Tournament in Adelaide. The event took place over the 1st weekend of October.

I fought twice over the weekend. My first fight resulted in a points loss to Kevin Selby – a very tough opponent with 41 fights to his name, including 17 professional bouts. I won the first round but ran out of gas in the third.

I made up for the loss the next day with a win over Barry Hancock of Queensland – a man with 46 amateur fights behind him as well as 5 professional bouts. He was only slightly heavier than me but was 10 years my junior. Even so, I knocked him down with body shots in both the 2nd and 3rd rounds for a strong win.

The sequel to all this was supposed to be a rematch with Mr Selby this coming Saturday night for the NSW Masters’ super-middleweight title! Unfortunately I got a bit carried away in the sparring last night and big Matt Richardson landed a heavy blow on one of my ribs and … I won’t be back in the ring for a month. 🙁

So … I’ve had a big couple of weeks – fighting prejudice, fighting militarism, and fighting some very tough men in the ring! I’ll be taking a few weeks forced rest from the ring. Meanwhile the greater battle for justice and peace rages on and I look forward to continuing to battle on in that one with you by my side!

I’ll be in touch again soon. Until then I remain …

P.S. For those who have been waiting for my feature episode on ABC’s Compass program, the screening has been pushed back one week. It was supposed to be this Sunday (October 19th). It’s been pushed forward to the 26th. Details here.

2 thoughts on “Christians and Muslims united for peace!”