“When the jailer woke up and saw the prison doors wide open, he drew his sword and was about to kill himself, since he supposed that the prisoners had escaped. But Paul shouted in a loud voice, “Do not harm yourself, for we are all here.” (Acts 16:27-28)

In this Sunday’s story from the Acts of the Apostles, things heat up in the town of Philippi. You may remember that last week Paul and his friends (including the author, Luke) met for prayer with a group of women, and then enjoyed the hospitality of the gracious Lydia. This week the Apostles meet the men of Philippi, and the encounter is far less endearing. Paul and Silas are dragged before the town magistrates, beaten, and thrown into prison. How Luke escaped the violence is anybody’s guess!

The greater story of Acts 16 is one where the Spirit of God works in spectacular ways – firstly, through the healing of a slave-girl, then through an earthquake that bursts open the doors to the prison where Paul and Silas are held, and finally through the spiritual conversion of the jailor and his entire family. This all sounds wonderful, yet while Paul is baptising the jailor’s family, the jailor is washing Paul’s wounds (Acts 16:33)! The beautiful and the ghastly don’t just take place side-by-side in this story. They happen simultaneously! 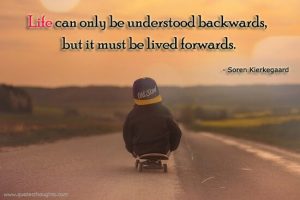 I’ve quoted Kierkegaard many times before – that life can be understood in retrospect but has to be lived forwards. Looking back, we can see the spirit of God at work here, breaking through racial barriers and bringing a Roman family into the Christian community. Even so, must we assume that Paul and Silas had a comforting grasp of that bigger picture while they were being mobbed and beaten?

Luke must have witnessed the violence. He describes it as a ‘severe flogging’ (Acts 16:23). This was not some sort of schoolyard caning. The Roman’s used to limit their disciplinary floggings to 39 lashes because 40 lashes was likely to kill you. A flogging was a vicious way of disfiguring someone, and a beating with rods was similarly administered to every part of the body. These were not punishments from which you ever fully recovered.

In his second letter to the church at Corinth, Paul refers to his ‘unimpressive’ physical appearance (2 Corinthians 10:10). When you consider that the man was lashed five times, beaten with rods three times, and once even survived a stoning (all of which is detailed in 2 Corinthians 11:24-25), I imagine that Paul, in later life, must have looked something like the Hunchback of Notre Damme – permanently disfigured from head to toe!

Yes, you often can look back and make sense of it all in retrospect, but the greatness of Paul was that he seemed to be able to grasp the big picture even when the rods were falling, bruising, breaking and tearing away at him! The other extraordinary thing about Paul was that pain didn’t seem to dull his compassion.

Paul was dumped in jail after being beaten. Then, while lying bleeding on the floor, the earthquake started. It was so violent that the jailor was knocked out cold, the prison doors came off their hinges, and even the shackles that connected Paul to the wall fell to the ground! If that had happened to me, I’d assume that God was freeing me, and I’d do my best to get to my feet and hobble home. Paul though decided to stay put, apparently concerned about what would happen to the jailor if he left! No wonder Paul could say, “Imitate me as I imitate Christ” (1 Corinthians 11:1).

It was a great pleasure and a privilege to have our friends Robert and Doug with us again last Sunday. The video of our Bible-banter is below.

This weekend I’m back in the bush with a group of wily boxers, including my great nemesis, ‘Wild’ Bill Kimbacher, and future world champion, Nathan Nicholas. Join us at around 11.45 am on Sunday via either:

A big thank you to everybody who supported me through the recent election campaign. I came in fourth in my electorate (out of eight). It was the big three – Labor, the Greens and the Liberals (in that order) – and then me. Even so, I’m not suggesting that it was close. I received 1,770 votes. The winner (and now Prime Minister, Anthony Albanese) received 43,396! You an see the full results here.

We worked really hard to get those 1,770 votes. Was it worth it? 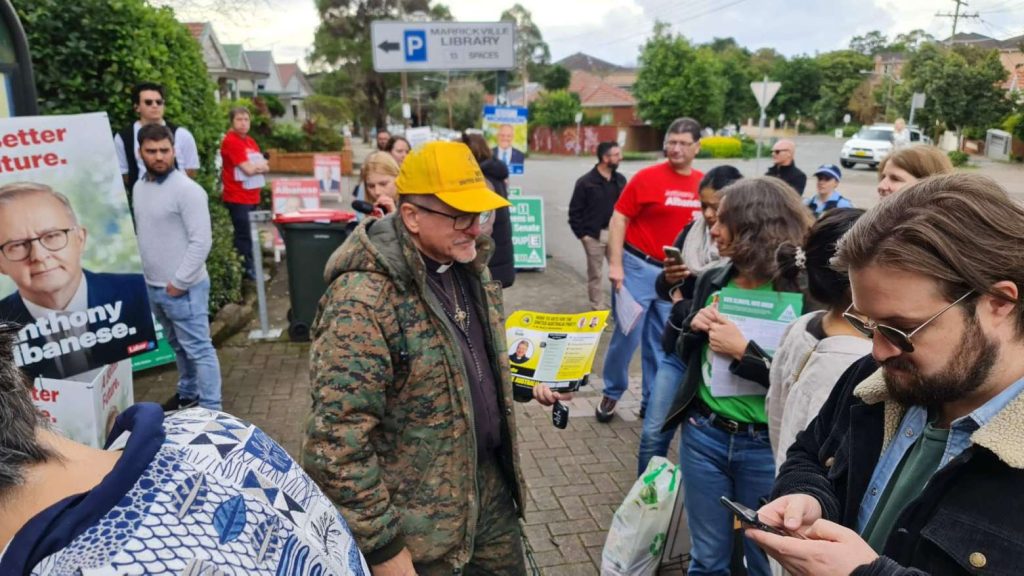 I said from the beginning that my goal with the election campaign was to give a voice to the voiceless – to tell the stories of those who had been pushed over the edge by government lockdowns and vaccine mandates. I believe we did a decent job of that. How much of a difference that will make for the future remains to be seen.

In truth, the Freedom Movement did not do nearly as well as we had hoped. Our party didn’t win any seats, despite the enormous amounts of money and energy put into the campaign. Many are crying ‘fraud’. Perhaps they are right, or perhaps things in this country need to get worse before they can get better?

Where to from here? Our friend George Christensen (who also wasn’t elected) is throwing himself back into his journalism. His Nation First newsletter is going daily, and I’d suggest that you follow my lead by taking out a paid subscription.

As to my next adventure, I’m not sure. Perhaps, if I can develop the courage and faith of Saint Paul, I’ll gain his clarity of vision too. In the meantime, I’ll continue to do what I do – training, fighting, publishing and praying, and working with the people God puts in my path. 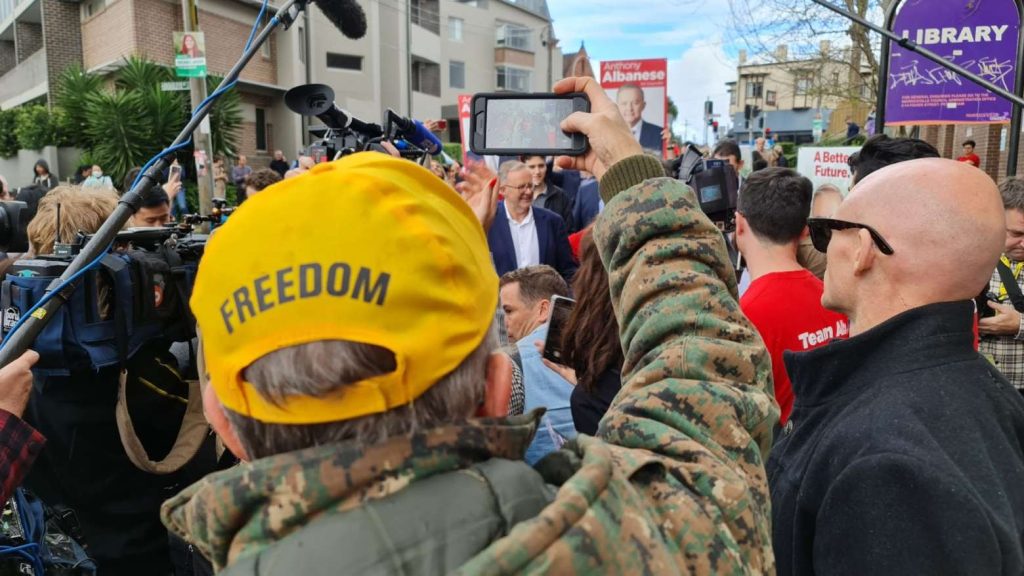 To all those of you who support me in my work, I can only say ‘thank you’. If there are others reading this who would like to chip in, please sign up via my via Patreon page. I’ll do my best to give you something in return.

It’s been Joy’s birthday this week and we’ve enjoyed some quiet celebration. She has surgery next week. Please keep her in your prayers. Together we are strong. 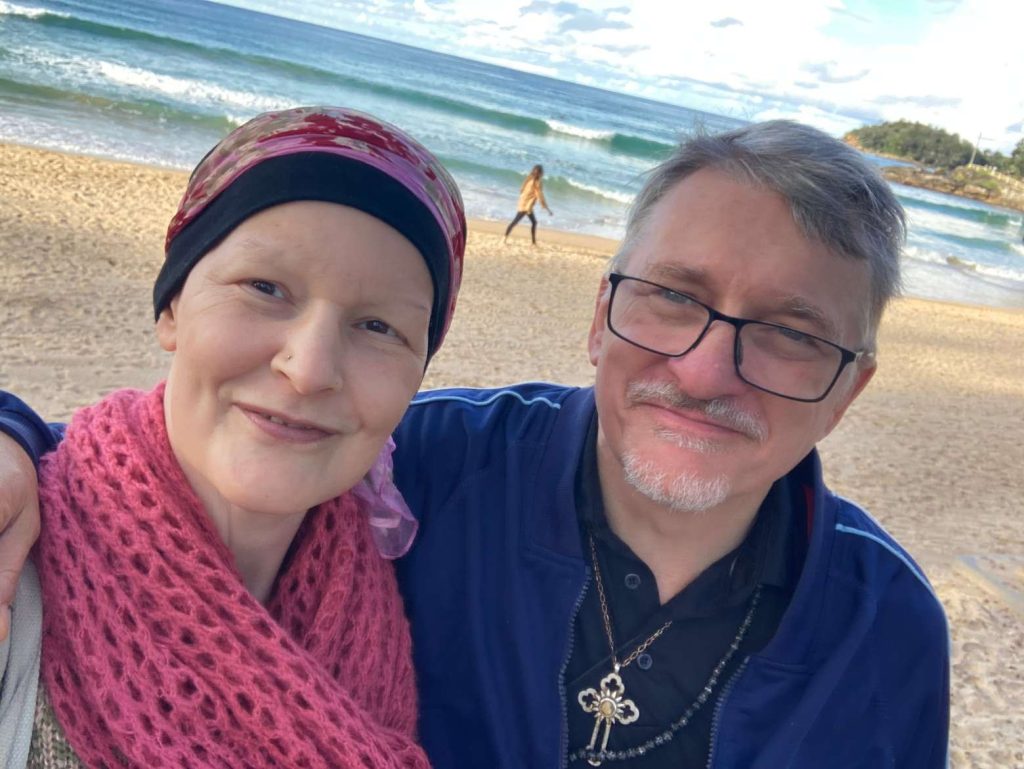