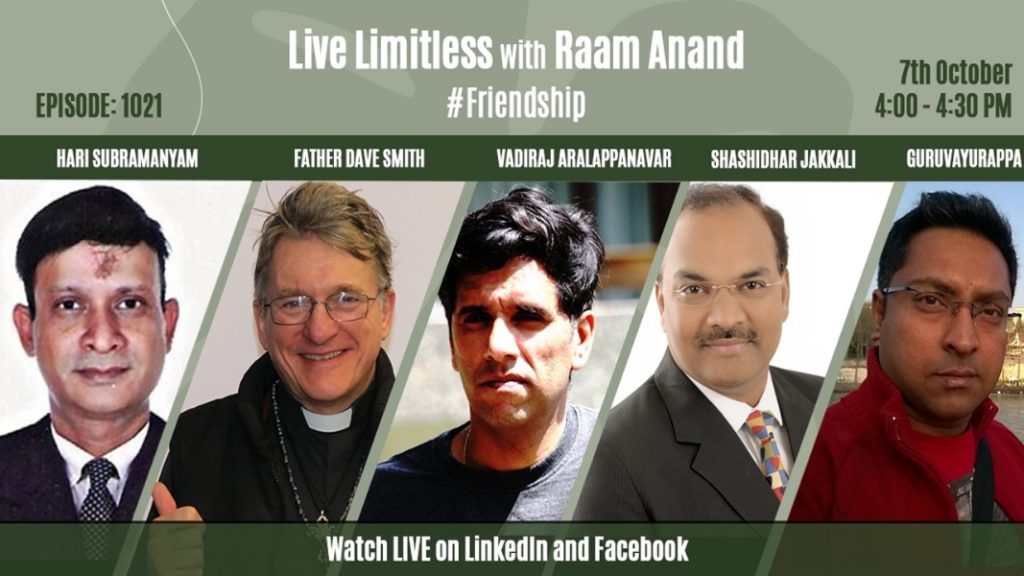 with my old friend, Raam Anand, talking about friendship 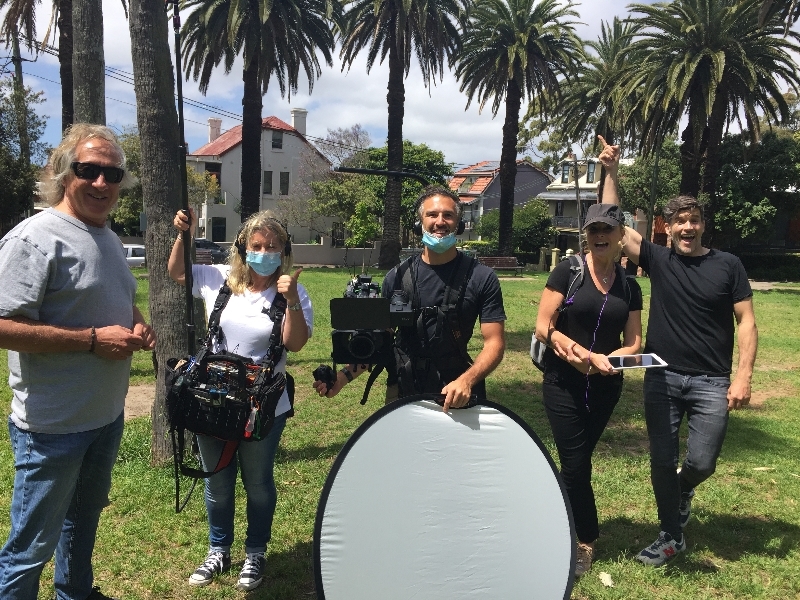 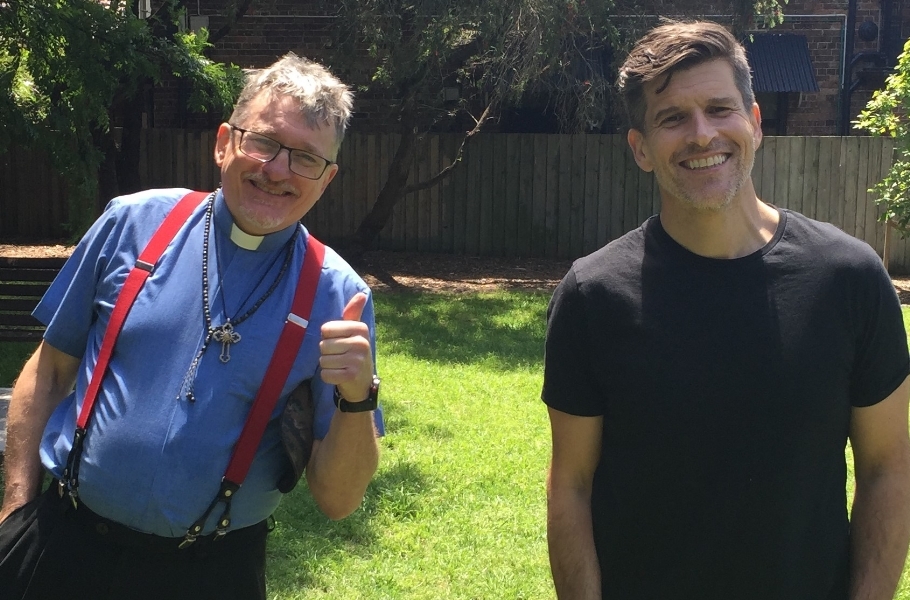 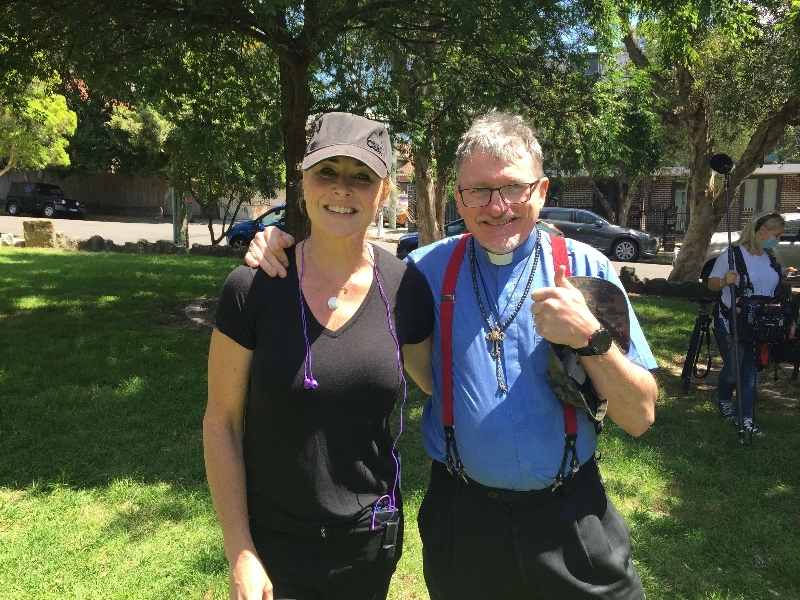 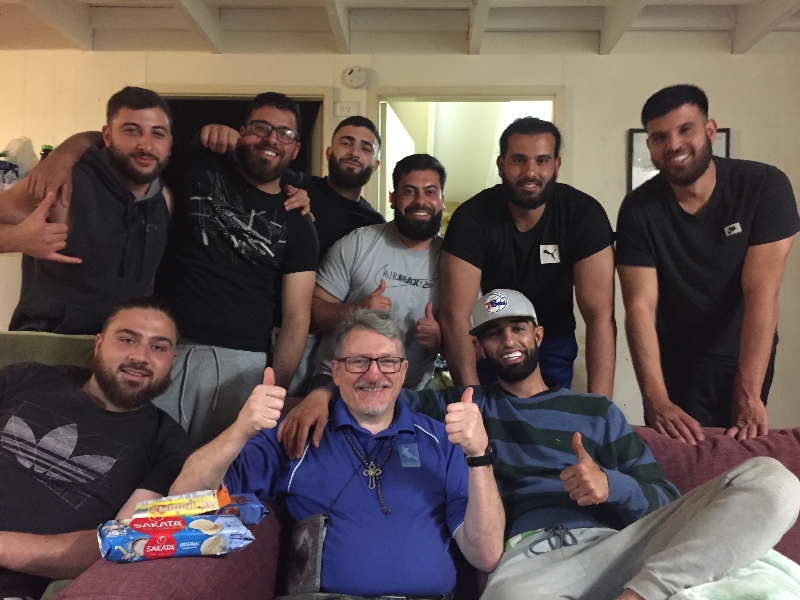 The experience of real human community at Binacrombi 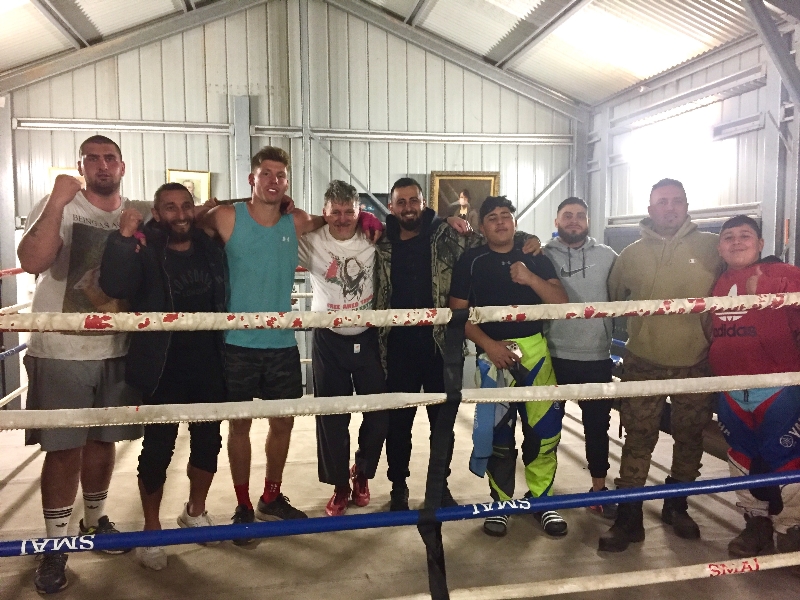 The experience of real human community at Binacrombi

“Do not press me to leave you or to turn back from following you! Where you go, I will go; Where you lodge, I will lodge; your people shall be my people, and your God my God.” (Ruth 1:16)

It’s been a tough week for many of us here in Sydney – most especially for the unvaccinated. We had high hopes that our new state Premier would keep to his promises and try to heal the divisions in our two-tiered society. Once in power though, he evidently received his instructions from the real powerbrokers and passed laws that deepened the division. He moved freedoms for the vaccinated forward, and similar freedoms for the unvaccinated back, by two weeks.

It still seems extraordinary to me that we acquiesce to this level of totalitarian control. Why do we accept that our governments have the right to grant and to withhold freedoms that most of us had thought were God-given prior to this pandemic? Freedom of movement, freedom of association, freedom of worship and even freedom of speech – all of these seem to have become the property of the government, to give and to take away as they see fit. In the case of the Victorian government, the situation is even worse, as new powers adopted by Fuhrer Dan Andrews means that the prerogative to give and to take away has become his alone!

You may have heard popular American commentator, Candace Owens, on her “Daily Wire” TV show this week, ask, “when do we invade Australia and free an oppressed people who are suffering under a totalitarian regime?” She was joking, of course, though from the mockery she received from “The Project” you might have thought it was a bill she’d presented to Congress. The questions she raised were actually well considered. She read out a long list of lockdown restrictions imposed by different Australian state governments, all of which were accurate, and asked, “Can anyone, by the way, explain to me in simple sentences why the Australian government is any better or any nobler than the Taliban? Both groups believe that they have a right to oppress and a right to imprison people for their own good. Are Western governments any better anymore?”

If you follow the Common Lectionary, we’ve just finished a series of readings from the Book of Job, and, in some ways, the stories of Job and Ruth are very similar. Both are accounts of persons who lost everything –money, family, home … everything. Job spent 42 chapters railing against God for the injustice of it all. In the story of Ruth, we don’t hear either of the two disenfranchised women – Ruth and her mother-in-law, Naomi – complaining at all. Instead, they gird up their loins and take constructive steps that eventually lead to them getting their lives back on track. Why the difference? As presented in the Scriptures, the key difference is that Job was (more or less) alone, whereas Ruth and Naomi had each other.

How do we survive hard times? Together

The beautiful pledge of friendship, given by Ruth, says it all. “Do not press me to leave you or to turn back from following you! Where you go, I will go; Where you lodge, I will lodge; your people shall be my people, and your God my God.” (Ruth 1:16). It’s what the Hebrew Bible calls ‘Hesed’, which we normally translate as ‘covenant loyalty’. It’s what’s understood to be at the heart of God’s relationship with His people. It is love, but not love in the unpredictable romantic sense of the word, but love that is grounded in a promise, in loyalty and commitment.

How do we survive hard times? We need good friends who will stand by us. God has been gracious to me and given me a committed partner and many committed friends. May God show Hesed to you this week and grant you similar loyal friends.

I was privileged to have two wonderful online guests join me and the resident crew at Binacrombi last weekend – Emma McArthur and John Crawley. Both are friends and fellow freedom fighters.

It was our Halloween service, so perhaps it was no surprise that the gremlins interfered with the technology again. We didn’t get video reception for either of our online guests, and even Emma’s introduction of herself was cut short. Even so, we benefited greatly from everybody’s wisdom and received some excellent input from the boys at Bina too – most especially from boxing champion, Nathan Nicholas.

Our first reading, read to us by Emma, was the above-mentioned passage from the Book of Ruth. John brought us our second reading from the Letter to the Hebrews, chapter 9, and I gave the Gospel reading from Mark 12:28-34, which recounts Jesus’ final confrontation with his religious peers.

As a final round to a three-year stoush, the grand confrontation depicted in Mark 12 may seem a bit lame. Jesus tells his clerical adversary that obeying God is all about love – love of God and love of neighbour. This seems a rather gentle way to end a battle, but perhaps that’s only because we have domesticated our understanding of love. We think of love as a warm feeling, rather than as the costly commitment, as demonstrated by Ruth towards Naomi, and by Christ on the cross.

I’m back at Binacrombi again this weekend though I will have to dash off at the end and miss the post-Eucharist catch-up (for reasons I’ll explain below). Either way, the good news is that I’ve invested in a new (and more up-market) streaming system this week that I’m hoping will accommodate our bush-satellite connection more effectively. In other words, I am hopeful that from now on there will be no more audio or video dropouts, or loss of connection. Cross your fingers and say a prayer please!

The new software has multiple bandwidth options, which means that if our satellite reception is poor, I can opt for a slower and more stable connection, though it might be a bit grainer. Either way, we will broadcast to the Father Dave Facebook Page and to my personal Facebook stream, and to YouTube. Sadly, the new software does not have any facility for signing up and getting a reminder sent to you, so you’ll just have to remember the time: Sunday @midday.

I mentioned above that I might have to miss the post-Eucharist catch-up on Sunday. That’s because I’ll need to dash back from Binacrombi on Sunday to be at the Randwick Ritz for the 5.30 pm screening of Ithaca – a movie about Julian Assange’s fight for freedom.

The film has been two years in the making, and focuses on Julian’s dad, John, whom I’m proud to say is one of my closest friends. John is not a young man but tirelessly supports his son – travelling the world and fighting the good fight for as long as I have known him.

Can you join us for the screening on Sunday night? In truth, I can’t actually attend the screening myself, as unvaccinated people are excluded from all cinemas at the moment. I actually wouldn’t be able ot get back from the bush by 5.30 pm anyway, but I should be able to make it for the street event we are holding outside the cinema after the screening. I hope to say a few words in support of Julian, and I believe I will be joined by the great Australian whistleblower, David McBride – the former British Army major and Australian Army lawyer who shared information with the ABC on war crimes committed by Australian soldiers in Afghanistan.

Hopefully, there will be a good number of us there on Sunday night. Please share the message and join the gathering. In truth, Julian’s persecution and endless incarceration was an early sign of what lay ahead. He warned us that we were living in the last free generation. Even so, if we can turn things around and free Julian, perhaps the greater system of oppression will start to unravel! 😊

If you’re not a financial supporter yet and you’d like to, you’ll find the three options on my Patreon page:

If you’re in one of these heavier divisions, joining me at Binacrombi over the coming weeks won’t cost you anything. Please click here.

I believe we’ll have Emma McArthur back again this Sunday as a guest reader and commentator at our Midday Eucharist. Do join us via the Father Dave Facebook Page, via my personal Facebook stream or via YouTube.

May God bless you and strengthen you for the work to which you have been called.