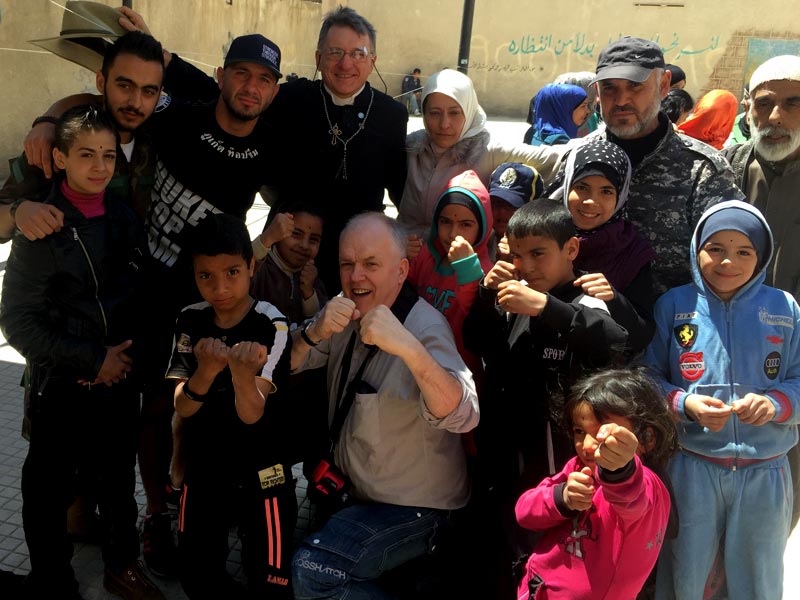 at Yarmouk, doing what we do best 😉 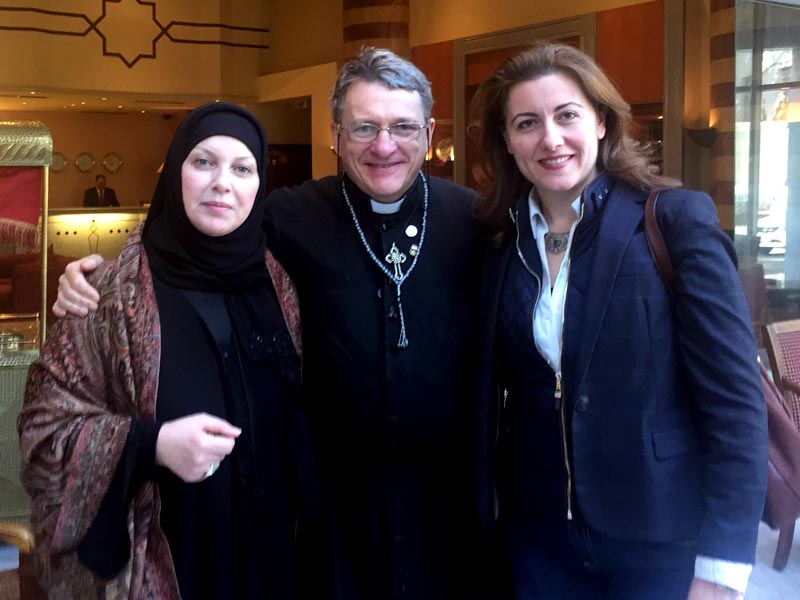 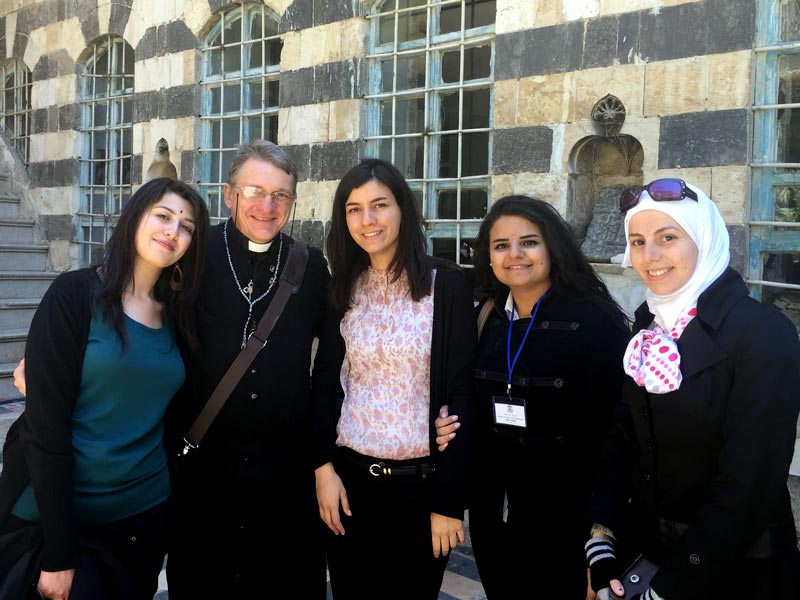 there's no shortage of pretty girls at Damascus University! 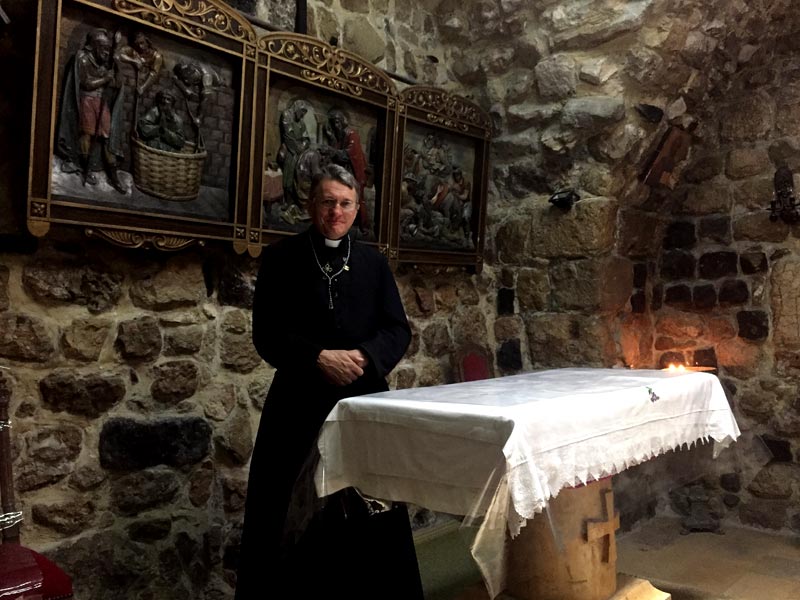 at the home of Ananias - Straight Street, Damascus 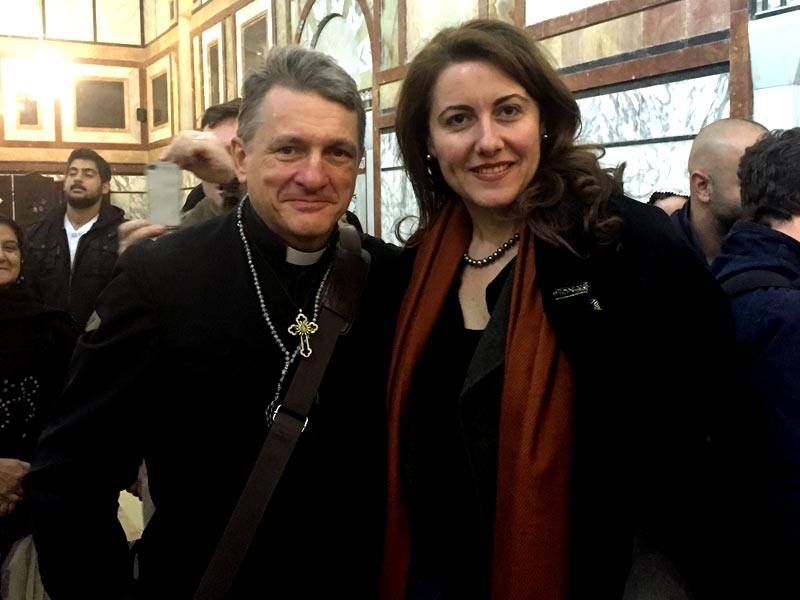 with Maria Saadeh at the Umayyad Mosque 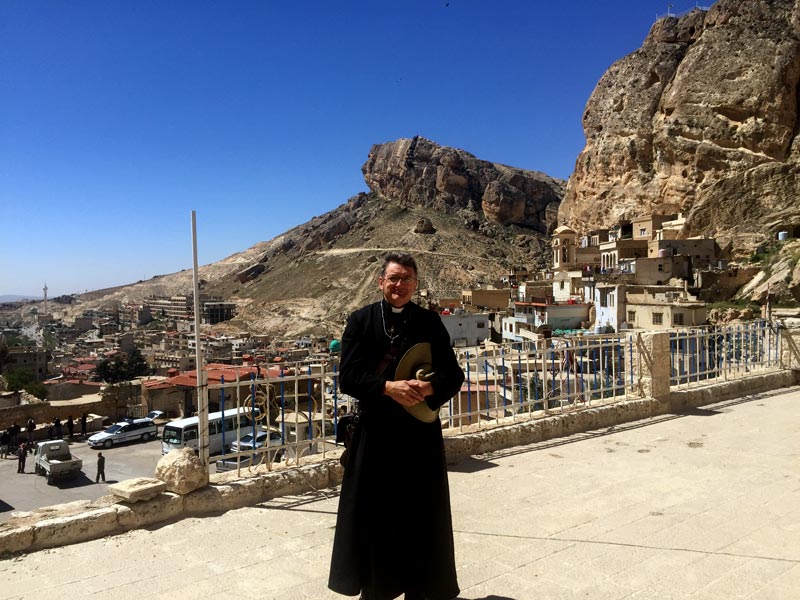 at the ancient Christian villiage of Maaloula 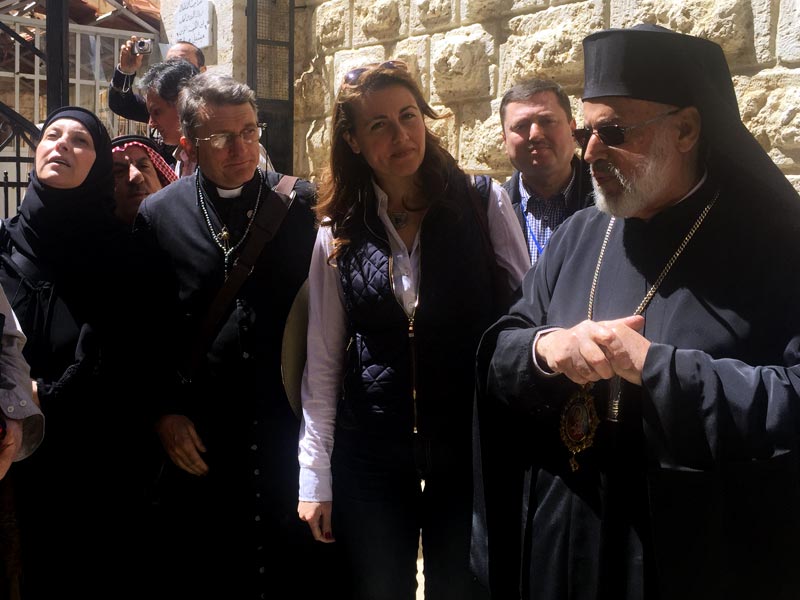 with the Bishop of Saydnaya in Maaloula 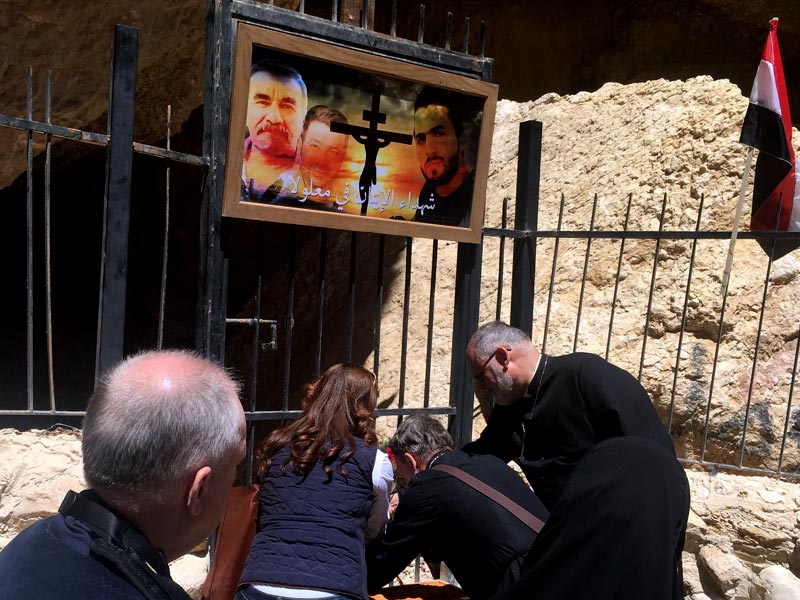 honoring the martyrs of Maaloula 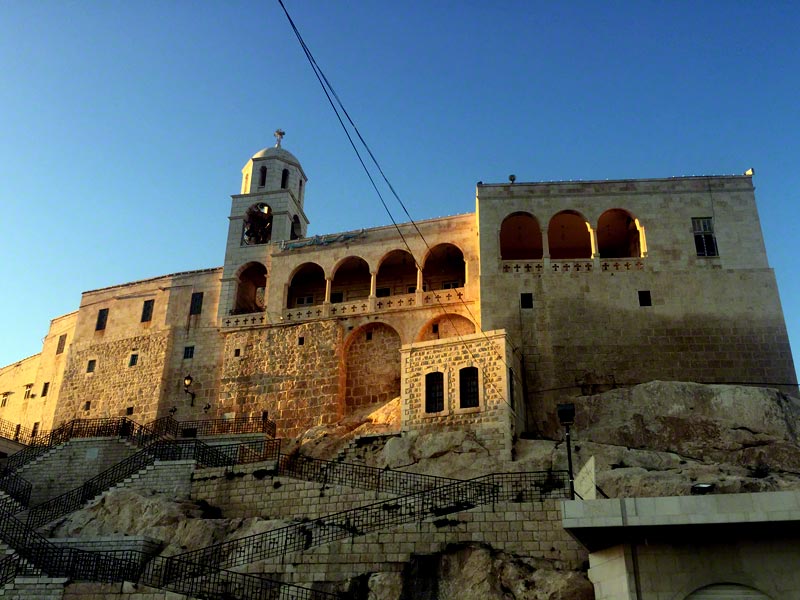 honoring the martyrs of Saydnaya 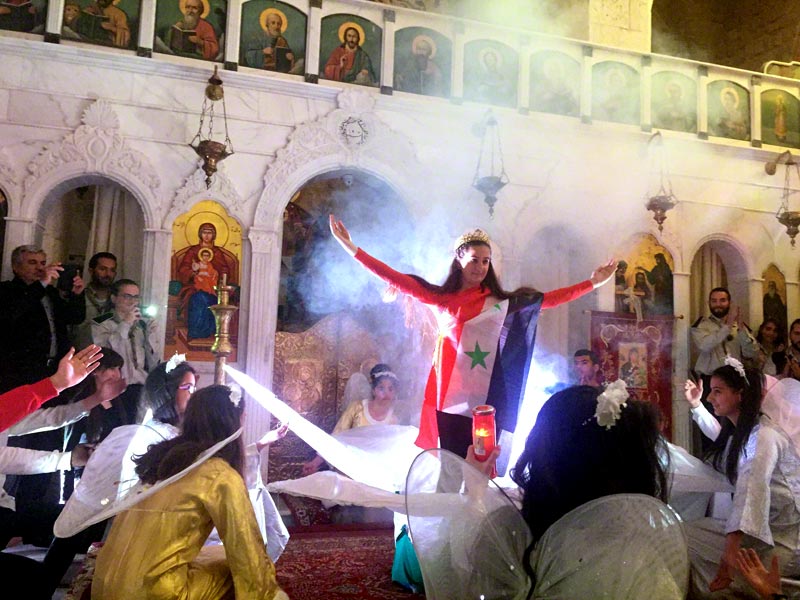 a performance by Saydnaya's Youth Fellowship 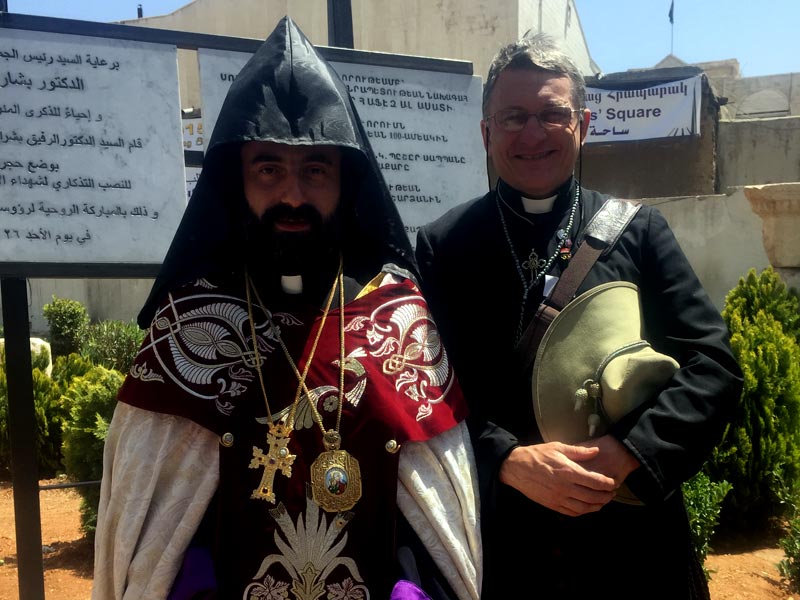 remembering the genocide of 1915 with the Armenian bishop 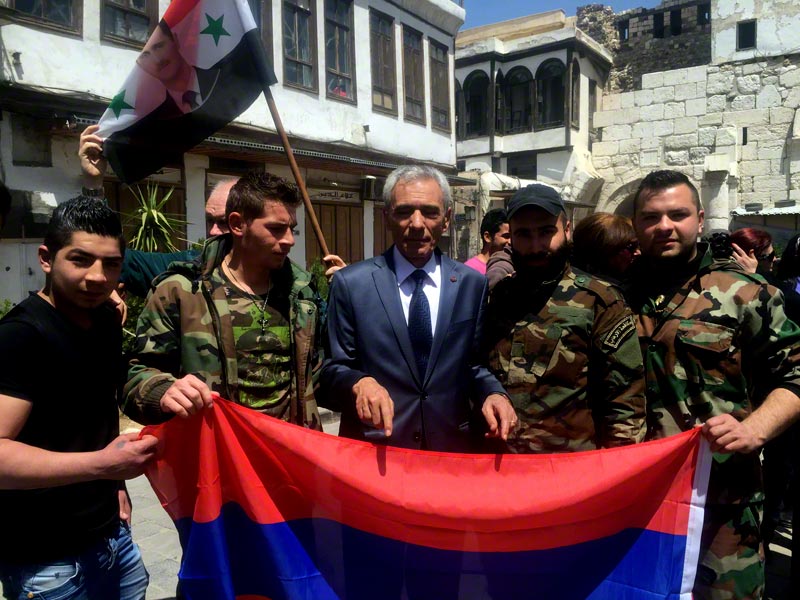 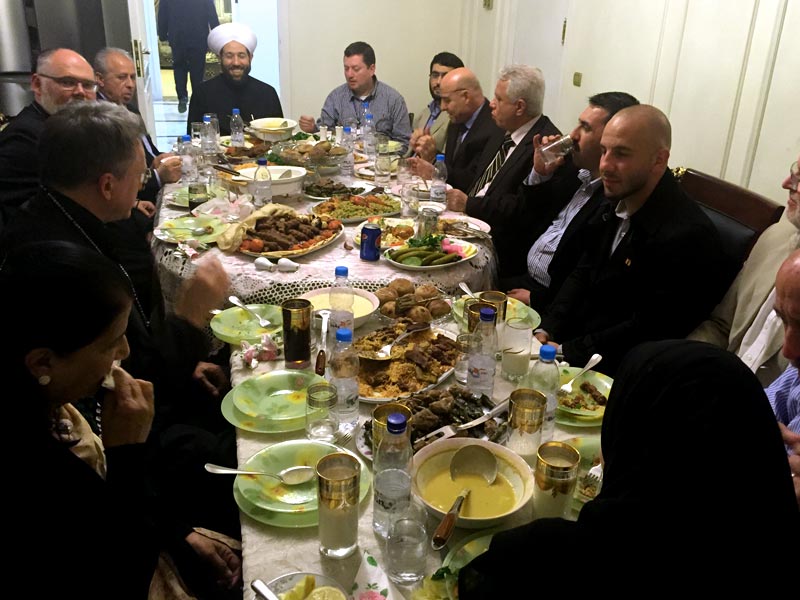 Dinner at the Mufti's place 🙂 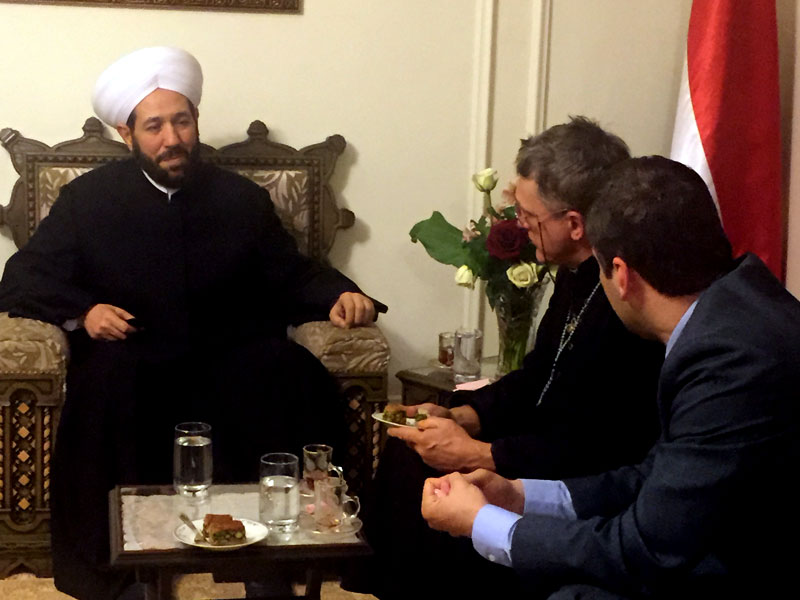 interviewing the Grand Mufti of Syria 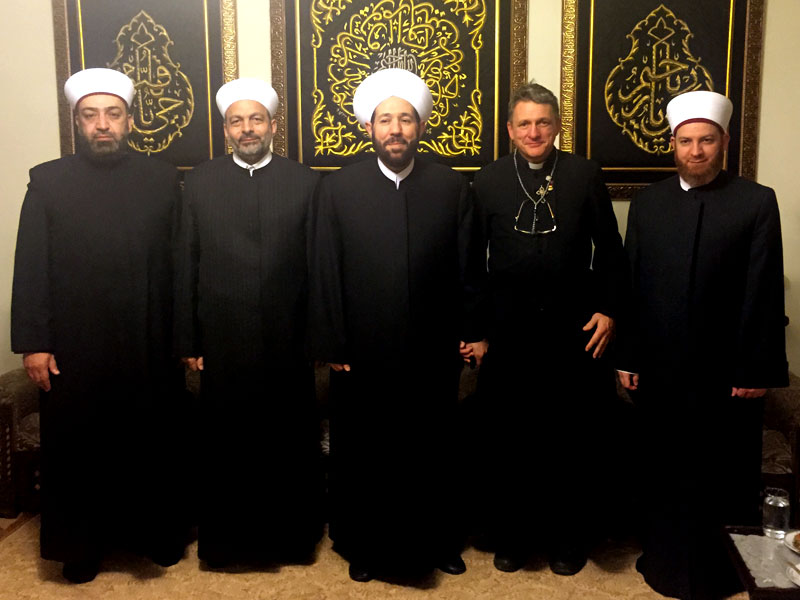 with the Mufti and friends 🙂

I’ve been to Syria, I’ve come back, and at the moment I’m sick in bed. I guess I’ve been pushing myself a bit too hard, but I’m now on long-service leave and will hopefully get a bit of a break.

People have been asking me how I would sum up our Syria experience in a word, and the truth is that there is no one word that can do our time there justice.

What I must say is that my heart is still there, and that I felt awful leaving – as if I was walking out on a friend who might die at any moment!

When I returned to Australia everyone was stressing about Andrew Chan and Myuran Sukamaran – about whether they were about to be executed. I appreciate that it was a horrible situation. Even so, I was walking away from a whole country full of people who were living with the same stress – ‘Are we about to be executed, and if so, when?’

Syria is at a very volatile point and, I hate to say it, but I think the future of all those people is being decided upon now in negotiations between the US and Iran. In truth, Syria is only surviving because of support from Iran. If the USA though makes Syria a bargaining chip to be sacrificed in exchange for the lifting of sanctions then a great many of those good people may be dead by the time I return.

Having said that, the indications at the moment are that Iran is not going to give up on Syria, and neither are her other two allies – Russia and Hezbollah. Nonetheless, things are at boiling point right now, with ISIS embedded in Yarmouk in the south and Palmyra in the north! Anything could happen over the next few weeks and months.

In terms of our Fighting Fathers’ visit, I have written-up some of our experiences in detail on www.prayersforsyria.com and www.christiansandmuslims.com.

Specifically, I’d encourage you to look at the following three articles:

The title of this last article is a quote from my interview with the Grand Mufti of Syria – Dr Ahmad Badr Al-Din Hassoun – which I’ve embedded below. Indeed, it was such a great privilege for me to get half an hour, one-on-one, with the great man!

I won’t say more about that experience here except that he said three words to me in English before we parted. He said “pray for me.”  I said, “I do every day”, and indeed I do, for I know the takfiri will have no mercy on him if they get hold of him.

Dr Hassoun considers himself the Mufti not only of the Sunni but of the Shia and the Christians too! That’s the sort of talk that enrages religious fundamentalists!


I am hoping to be back in Syria in the next couple of months – this time with a larger team of boxers.  I’m also working on lining up a title fight for myself against one of Syria’s great veteran boxers.  My goal is to hold the fight either on the outskirts of Yarmouk or at another key Syrian city – perhaps Palmyra – and use the fight to draw attention to what’s really going on there.  It’s an ambitious ploy and I’d appreciate your prayers.

In the meantime there are plenty of other things happening, and a few that I’m keen to pass on to you here:

That’s enough from me, especially as I’m still coughing and spluttering.

As I say, I’m on long-service leave at the moment and will be for the next three weeks. I’ll be spending the weekends down at Binacrombi, developing our youth camping program. You’d be welcome to join me on any of these weekends, especially this weekend when I think I’ll need all the help I can get. 🙁

I’ll be in contact again soon. Until then I remain …