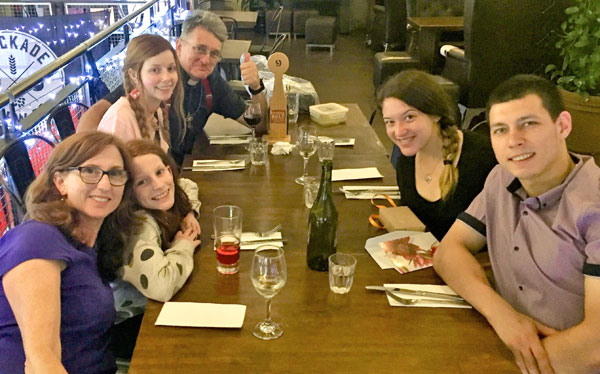 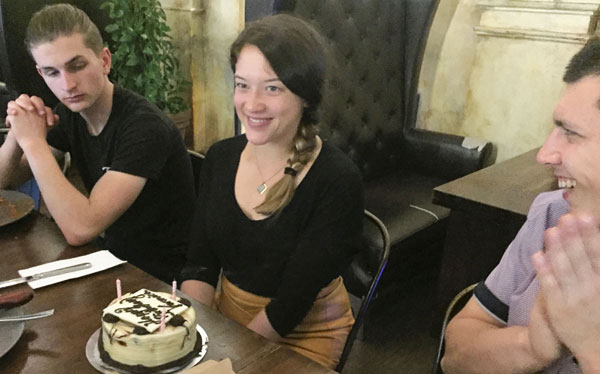 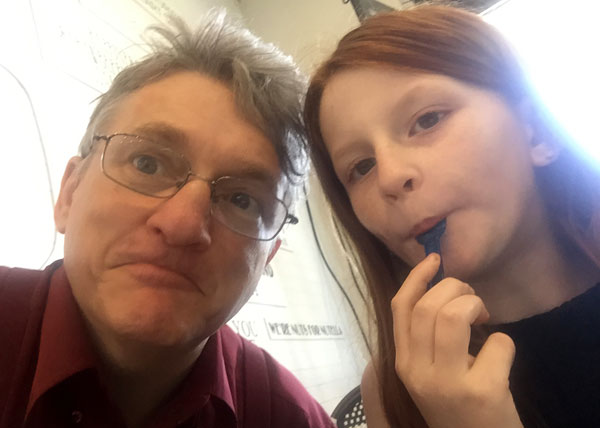 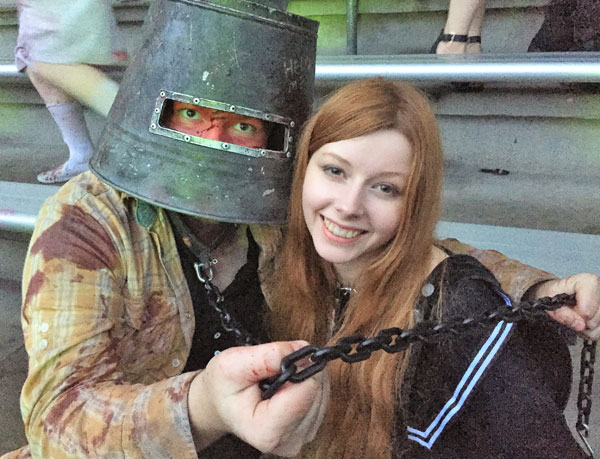 Another 'Fight Nights' experience with Imogen 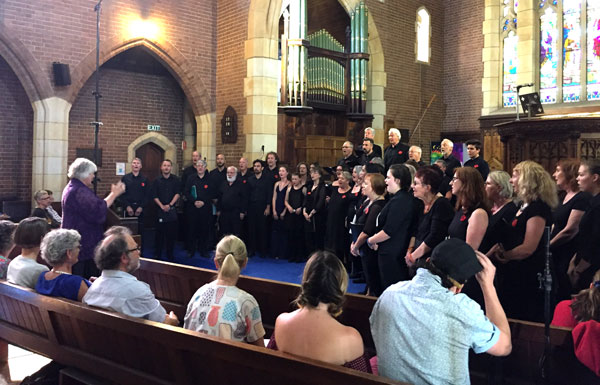 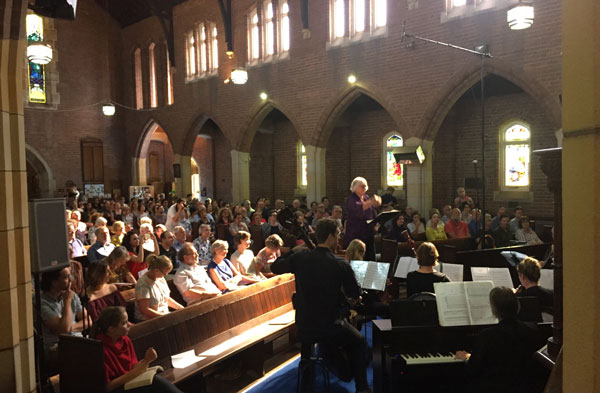 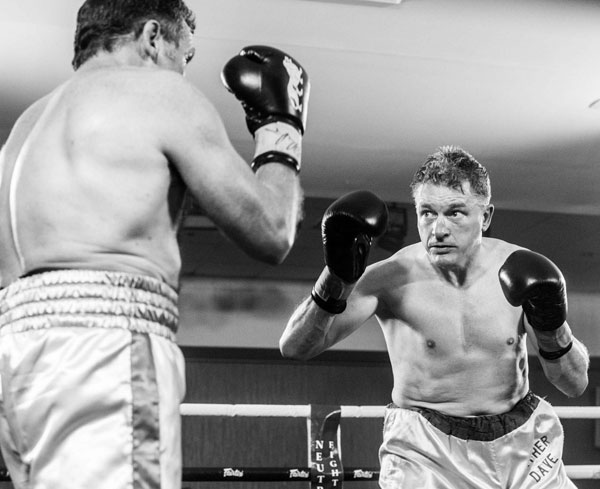 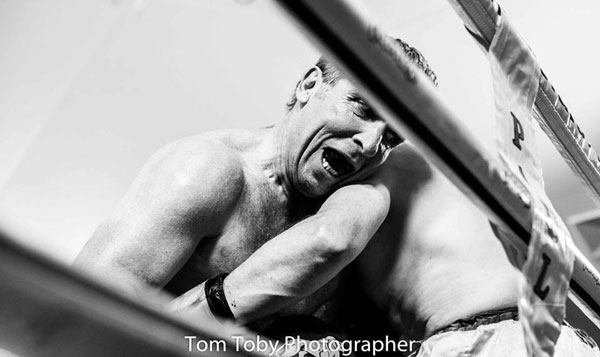 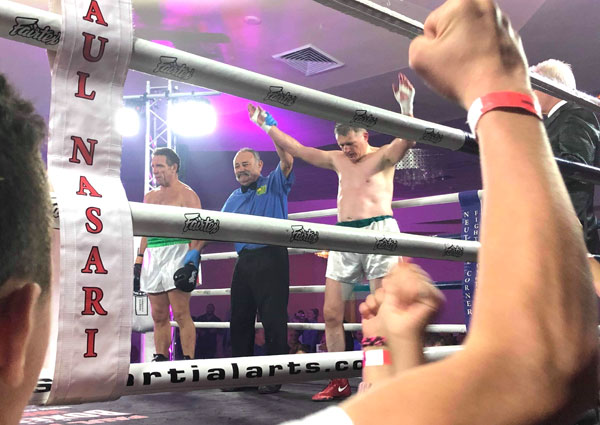 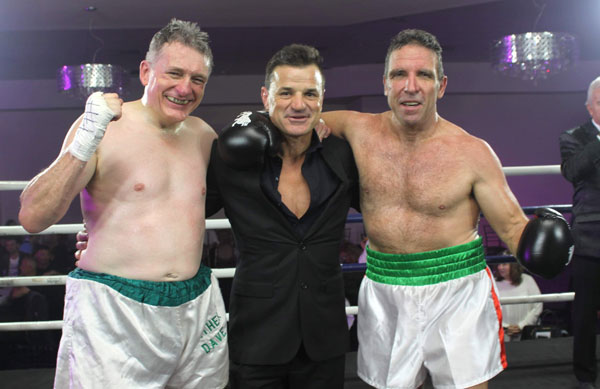 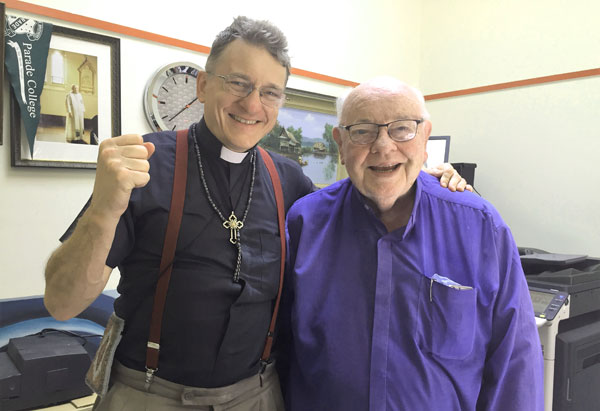 catching up with Father Bob

For any of you who didn’t hear, my fight with Billy Kinbacher was a great success. Indeed, it was exhilarating to be back in the ring, and I was lucky enough to emerge in one piece and with a win. My opponent was an absolute gentleman and it was a privilege to fight him.

As you know, fighting for me is never just about fighting, and many good things have already emerged from this bout. One of them was a message of congratulations I received immediately after the fight from a fellow professional boxer, Ezatullah Kakar,  who contacted me from Papau New Guinea where he has been a guest of the Australian government for some years.

Ezatullah is an asylum-seeker from Pakistan who had made the unfortunate mistake of thinking that Australia might be a sanctuary for him. Our government’s response is to keep people like Ezatullah in indefinite detention – using their suffering as a deterrent to others who make the mistake of taking our national anthem seriously.

It would be far more honest if our government would delete those lines from our national anthem, or perhaps replace “boundless plains” with “endless pain” or something more appropriate. As you will remember, I travelled to Manus Island last year. I met with many of the men in detention there and I promised them that I would continue to work for their freedom. That message from Ezatullah has given me another opportunity to do just that.

Ezatullah is fighting for the Oceanic Light-Middleweight Title in Port Moresby next week against the local champion, John Korake. He asked me to support him, so I asked him to get me a spot on the undercard so that I could fight alongside him. The result is that I am now scheduled to fight Luke Baro – a local pug who is 16 years my junior, a kilo or two heavier, and has 72 fights behind him. I know what you’re thinking – “take it easy on him, Dave!” Don’t worry. I promise I’ll be nice. 😉

Of course, the focus of my return to PNG is the main event, and assuming that I recover adequately from my bout, I’ll be a part of Ezatullah’s corner team. Either way, I intend to interview him extensively before the fight and try to get his message out to the world. Ezatullah says he will be fighting for all the men of Manus, and for the men, women and children of Nauru.

My plan is to publish everything through the Father Dave Facebook page, at least initially. You don’t need to be a member of Facebook to access the page, and I’ve found that Facebook pages are an excellent platform for live video. Once we’ve streamed via Facebook, we’ll archive the footage as quickly as possible on YouTube. Either way, you should be able to access all the action as it happens or shortly thereafter.

Of course, all this assumes that the technology will work flawlessly, and I’m not taking that for granted. My experience with PNG thus far has been that most of these things work most of the time there. Even so, it’s in God’s good hands, and I trust that it will all come together somehow.

As to the financing of this one, I am deeply grateful for the support I’ve already received from our church community. I’m also being supported by everyone who contributes monthly support through membership of our Fighting Fathers’ online community (www.fighting-fathers.com).

Over the coming months, I’m hoping to get new members signing up at www.fighting-fathers.com.We’ve been working hard on getting the new site fully functional and are grateful for all feedback. I figure that if I can get twenty good souls subscribing at the $100/month level (or better) that we’ll be able to keep this sort of work going indefinitely without the need for special fundraisers. Indeed, maybe I’ll even be able to stop fighting?

Keep us in your prayers, please. There is much to pray for (as always), but pray especially for Ezatullah, and that our efforts will achieve something for the men of Manus and for the men, women and children of Nauru.

November 11th this year was a historic day – 100 years since the end of the first World War – and it fell on a Sunday. I felt I could not avoid the subject of war in my sermon, however controversial my views might be, and the Gospel reading – the story of the Widow’s mite (Mark 12:41-44) – seemed highly appropriate.

If you know the story, Jesus praises a widow who puts her small coin into the Temple treasury, even though it is everything she has to live on. The story is haunting, for we cannot but join Jesus in admiring the sacrificial generosity of the woman and yet, at the same time, we know that the cause for which she sacrificed herself was of highly ambiguous value. Indeed, in the same passage, Jesus rips into the very same temple institution for its corruption – the institution that took this woman’s money.

The parallels here with our history of warfare seemed all too obvious to me. We cannot but admire the self-sacrificial courage of those individuals who serve in our defense forces. At the same time though, we have to question the institutions and governments that send our people to war.

As I said, I knew I would be controversial. Even so, I think this is the only sermon I have ever given at Holy Trinity where one of our beloved parishioners stood up and confronted me verbally during the sermon. Perhaps you would have too?

I’ll try be in contact with you again before Christmas, fighter. if you’re going to be in the Dulwich Hill area though over the next two weeks, do make plans to join us in our Yuletide festivities.

And if you’re wondering what to get me for Christmas, consider signing up to our members site at www.fighting-fathers.com. That would indeed make me merry 🙂