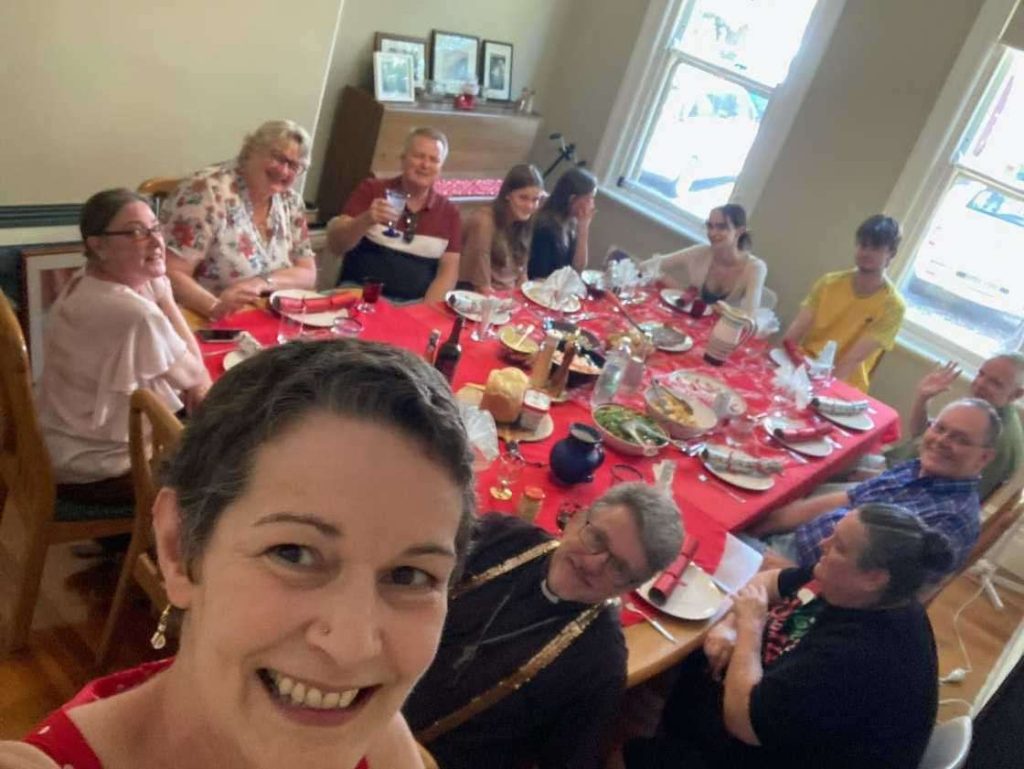 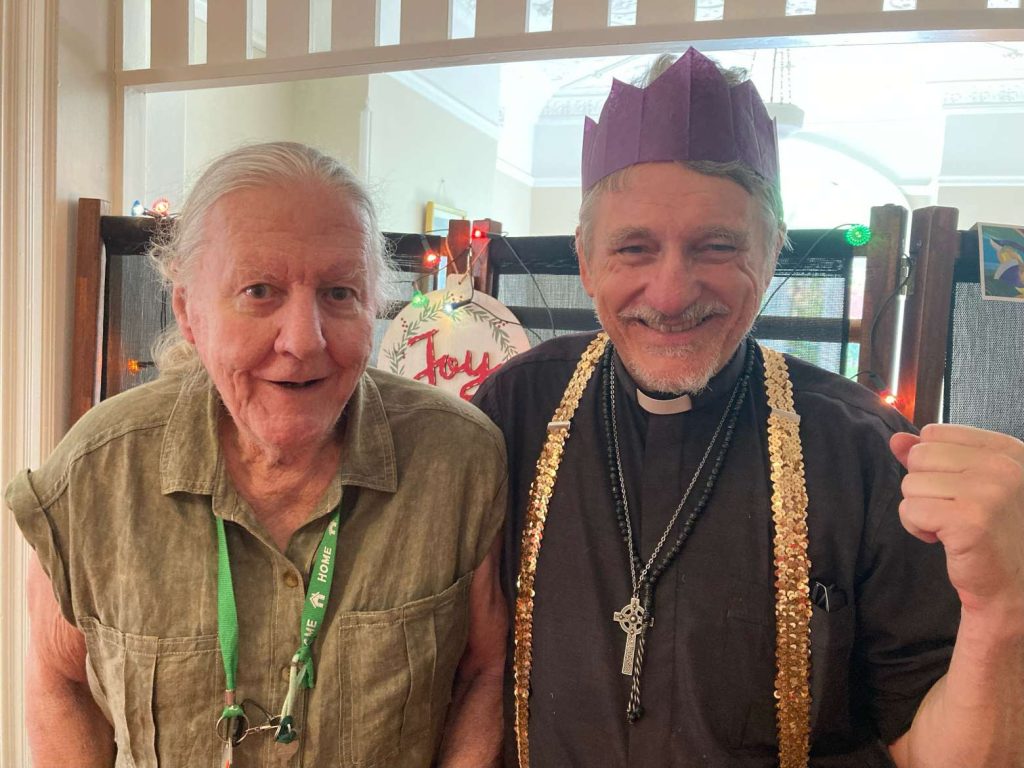 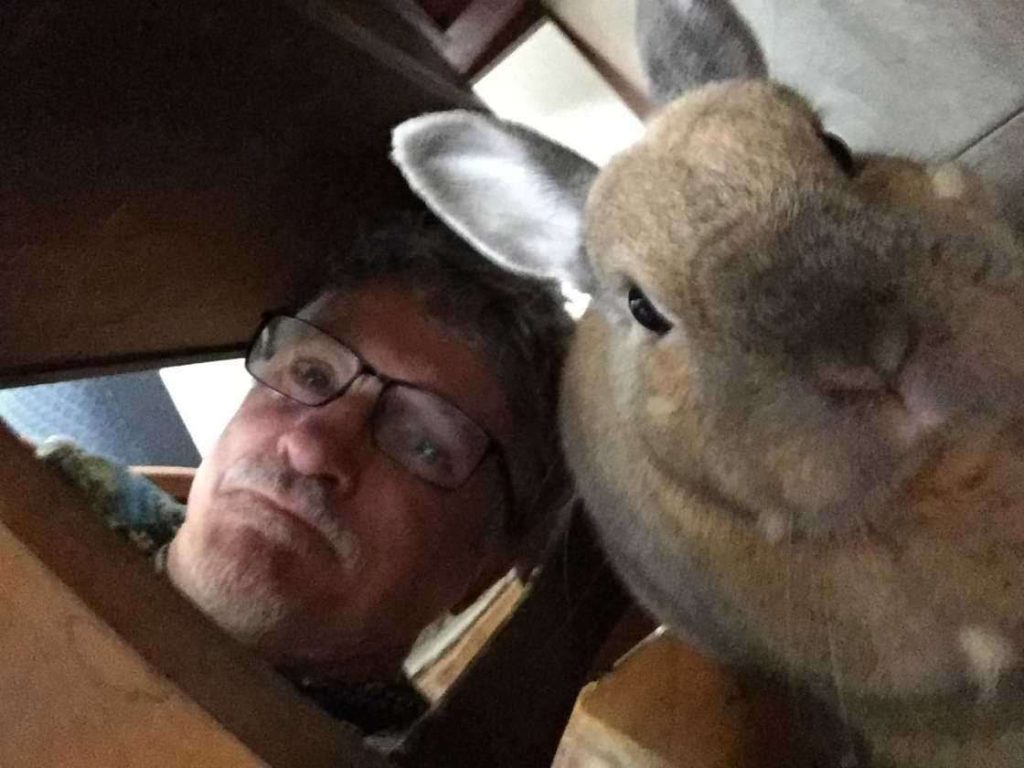 “A voice was heard in Ramah, wailing and loud lamentation, Rachel weeping for her children; she refused to be consoled, because they are no more” (Matthew 2:18)

These words are from this Sunday’s Gospel reading from Matthew. They echo the words of the prophet Jeremiah (31:15) that echo the words of mothers (and fathers) of every generation who have lost their children to political violence. As Herodotus wrote in the first century before Christ, “in peace, children bury their parents; war violates the order of nature and causes parents to bury their children.” It should not happen. It violates the order of nature, and yet it happens still.

As you may know, I came back from my last trip to Syria with a complete set of Syrian Arab Army (SAA) fatigues – the pants, the hat and the flak jacket. I wear the hat every day, the pants every weekend when I’m in the bush, and the flak jacket throughout winter. When people ask why I wear clothes so closely associated with death and violence, I tell them the story I was told by the man who gave me the uniform, which came from Douma – a town about 10 km northeast of Damascus.

One morning the people of Douma looked out their windows and saw the black utes of Jabhat Al-Nusra driving down their street – black utes with machine guns mounted on the back. Jabhat Al-Nusra was the Syrian franchise of Al Qaeda. The men of Douma saw the utes and immediately went inside their homes, locked their doors and got out their guns.

From what I was told, they got out their guns, not to shoot it out with the rebels, who they knew they had no chance of defeating, but to use on their own families and on themselves if these people came in. They knew what Al Qaeda did to children, and even to babies. They would prefer to have their family make a quick and dignified exit from this world rather than endure what these people would inflict on them.

Then they looked out of their windows again and saw the colours of the Syrian Arab Army. Now their kids would be going to school the next day instead of the graveyard. This is the Syrian army that I came to know – an army of dads and mums, brothers and sisters, putting their bodies between these people and their families, and that’s why I wear their colours with pride.

“When Herod saw that he’d been tricked by the wise men, he was infuriated, and he sent and killed all the children in and around Bethlehem who were two years old or under, according to the time that he had learned from the wise men.” (Matthew 2:16)

I know some scholars suggest that this could never have happened. They say that because there are no independent records of any such slaughter in Bethlehem during the reign of Herod the Great. My response is ‘why would there be any records?’ What newspaper would have thought it wise to run that story?

I’m not only suggesting that those then in power controlled the public narrative, though that’s bound to be true. Moreover though, why would anyone bother to record this? Things like that happened all the time. Bethlehem was a small town. The number killed probably would have been dozens rather than hundreds. Who would have cared, apart from the families? Who cares when it happens today in Syria, Yemen, Palestine and elsewhere? Most events like this still go unreported.

Further, this massacre was courtesy of Herod, the Great’, and not the relatively impotent Herod we meet later in the Gospels at the trial of Jesus, and one of the reasons this Herod was so ‘great’ was because he acted like this all the time.

Long before turning his bloodthirsty eyes on the children of Bethlehem, Herod murdered most of his own children, conniving with his son Antipater to have two of his other sons, Aristobulus and Alexander, falsely accused and executed. Then, later, towards the end of his life, he had Antipater executed as well. His bloodlust didn’t stop with his own children either. He also had his wife, Mariamne, executed, along with most of her family (her brother, mother and grandfather), and this chiefly for the crime of being popular.

Herod, like all those who cling to power, was constantly watching his back, constantly fearing that one of those close to him was about to wrench the throne from him, and so he butchered all those who were closest to him, along with anyone else who got in his way, and so it comes as no surprise to find that the report of a king being born in Bethlehem draws a swift and merciless response.

Personally, the issue I have with this story is not with its historicity but with its timing. Aren’t we still in the season of peace and goodwill to all? Isn’t it a bit early to start telling stories of misery and death? We haven’t even taken down our Christmas trees yet!

In truth, the Christmas story can be told in a lot of different ways. I know we like our peaceful nativity scene with Mary and Joseph looking serene, the gentle animals watching on quietly, and the little Lord Jesus (‘no crying he makes’) at the centre, but Matthew, the Gospel writer, tells a different story. In Matthew’s version, the story of God’s coming into the world in Jesus does not begin well. Jesus is born into a community that has been so worn down by years of foreign occupation and military violence that even a pregnant mother could no longer find a safe space to give birth, and even the murder of these poor baby boys didn’t generate a public outcry.

“Joy to the Word. The Lord has come!” That’s our hymn of celebration that marks this special season. God has come into our world in a special way in the baby Jesus but, according to the Gospels, His journey begins with inhospitality, pain and murder. Is this really something we can celebrate? The answer is ‘yes’, because we are not celebrating the darkness. We are celebrating the light shining in the darkness.

Yes, the darkness surrounding the Christmas message may tarnish the sheen of our Christmas baubles and, yes, we might have assumed that with God coming into our world in Jesus, things would immediately get better, but we need to be careful not to confuse the story of Jesus with the story of Santa Claus.

As I say, there are any number of ways of telling the Christmas story and not all of them gel neatly with each other. The story of the plush red elf, flying around the world, distributing presents to those who already have more than they know what to do with, has never fitted in comfortably with the story of the Palestinian peasant woman unable to find somewhere to give birth, and that’s because the Santa narrative is for kids – kids who have been blessedly shielded from some of the harsher realities of life. The Gospel stories were written for the rest of us.

Our Gospel’s Christmas narrative is for the people of Douma in Syria. It’s for the people of Yemen and Ukraine and Bethlehem, and it’s for us too – perhaps especially for those of us who have become hard and cynical through years of struggle and failure and addiction and relationship breakdown.

Our Gospel’s Christmas story is a story of God coming into our world – into our world, the real world – immersed as it is in broken dreams, violence and pain. It’s a story of a God who doesn’t just give us a nice present and then fly off again for another twelve months, but of a God who sticks in here with us, endures all the violence with us, and ultimately leads us through to a better tomorrow.

Let me work your corner

I’m writing this week’s newsletter while on holiday in Newcastle. As you’ll see from the pic (above), while Joy is swimming in the ocean, I’m tapping away on my keyboard.

One thing I’ve been working on here is the restructuring of the Patreon.com support system, to which I’ve now added a new level – Super-middleweight division – with a subscription fee of $50/month. I’ve also restructured the existing levels to make the benefits clearer.

Of course, you don’t have to take up every benefit on offer at each level. Even if you can’t come training or bushwhacking with me, you are welcome to contribute $100/month or more if you can manage it. Be assured that every dollar helps keep the wheels of Fighting Fathers Ministries turning – the websites, the newsletters, the broadcasts, the boxing club and the bush camp.

Please sign up and contribute whatever you can at Patreon.com.

Last Sunday was Christmas Day, and so it was especially wonderful to have around a dozen good souls join Sam Madden and myself for our midday Eucharist.

Unfortunately, we had more technical problems. My audio kept cutting out and we couldn’t get Father Ola’s recording of ‘Silent Night’ to play properly. I’ve been trouble-shooting the issues over the last few days and I’m (reasonably) confident that the problems were with my computer and have been solved. Indeed, I’m going to have another shot at starting with Silent Night this coming Sunday. The timing may not be exactly right, but it is still a beautiful hymn, and it is sung beautifully too.

I’ll be in Sydney for the Eucharist this Sunday and back at Binacrombi for the weekend of January 6 to 8. As I mentioned last week, I’m really hoping that as many of you as possible will join me in the bush that weekend and celebrate the new year in traditional Fighting Fathers style – with good food, wine, fighting and prayer.

Participate at whatever level you like. Either way, come if you can, and if you’ve signed up at Patreon.com as a Heavyweight or Superheavyweight, it won’t cost you anything. I’ll cover all of your costs for the weekend except transport.

In closing, I hope and pray that each of you survived and thrived over the last week. I know that many of us were grieving over Christmas. In truth though, Christmas has never been an easy time. From the very beginning, the joy of Christmas has always been accompanied by pain and darkness. Even so, the light continues to shine in the darkness, and the darkness is never going to put it out! (John 1:5)