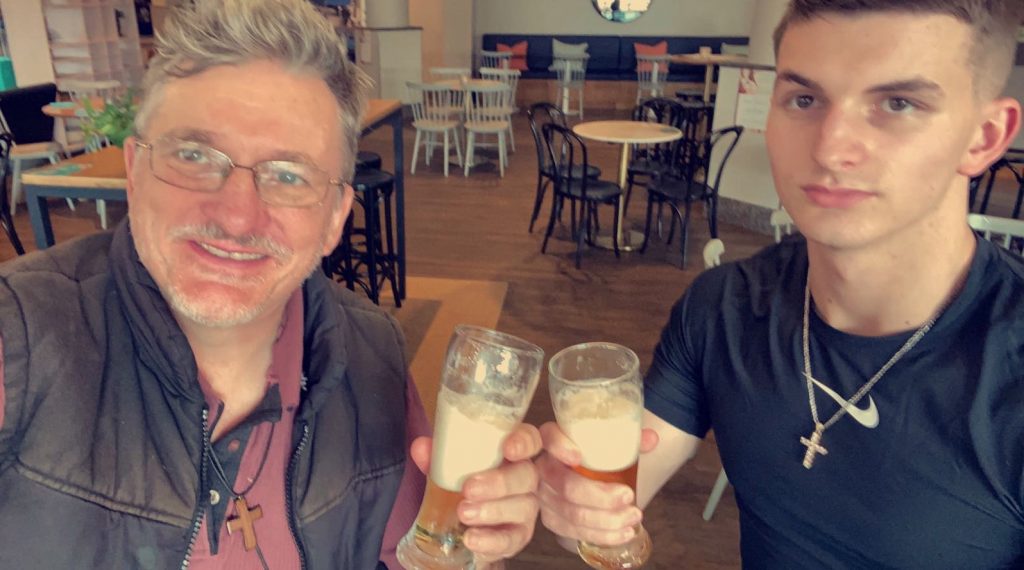 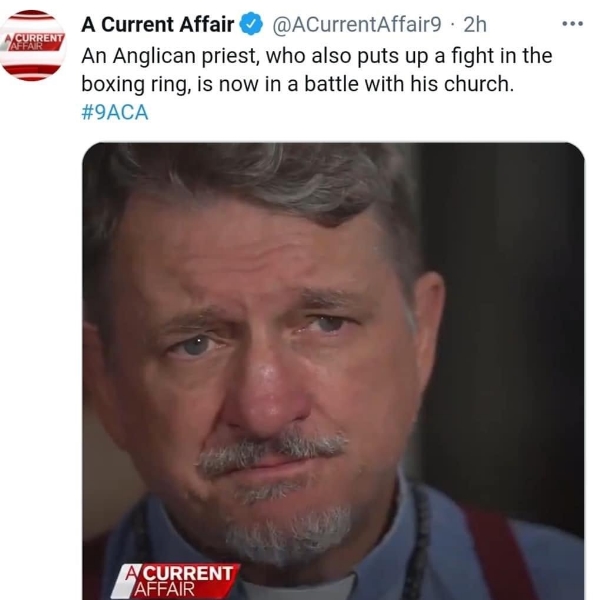 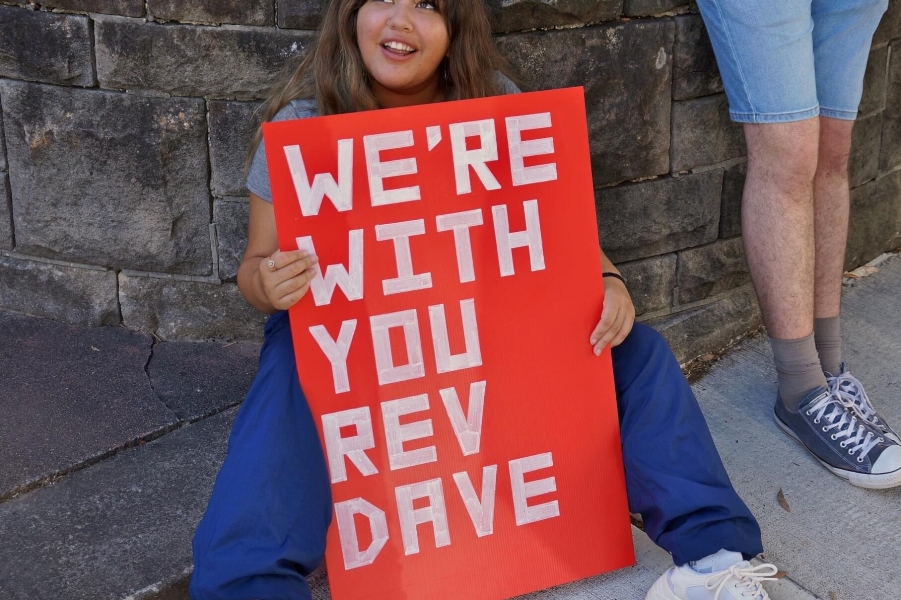 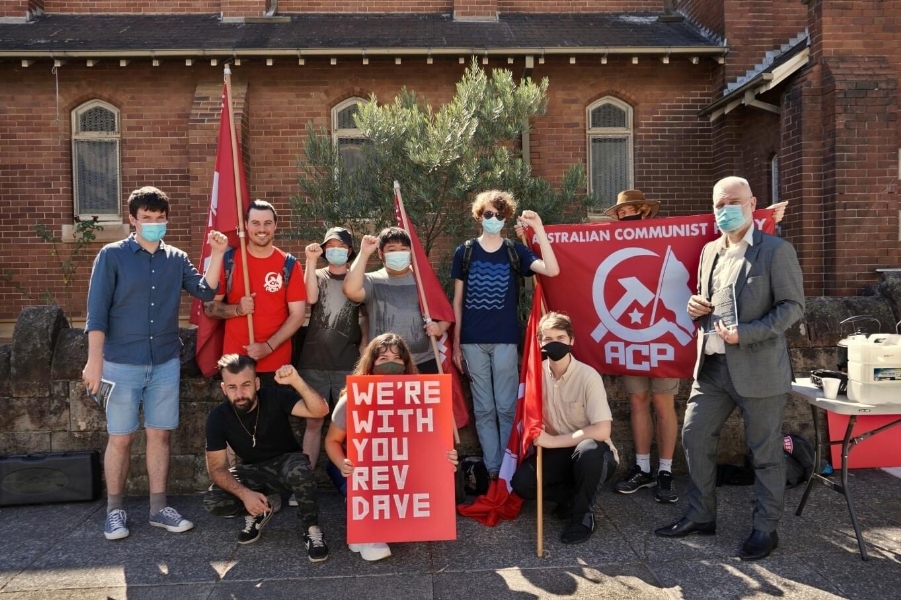 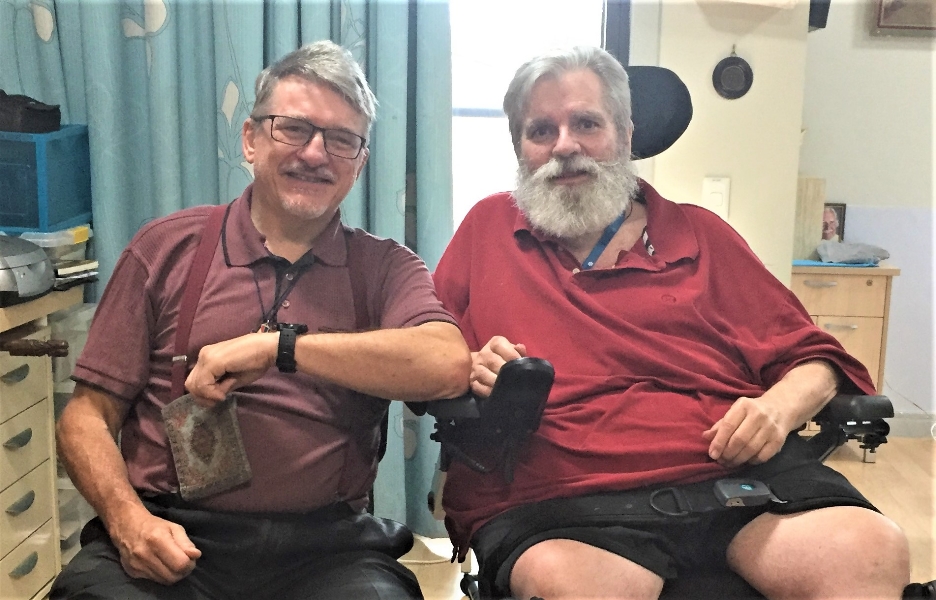 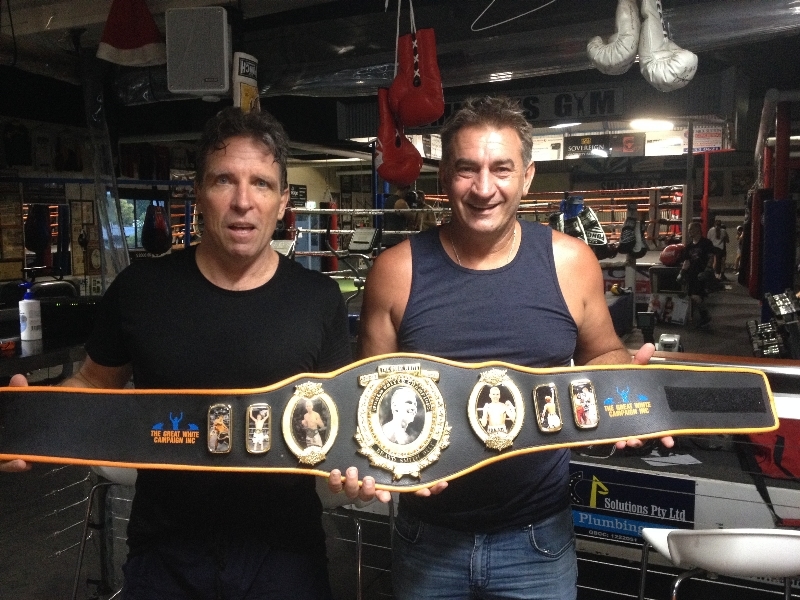 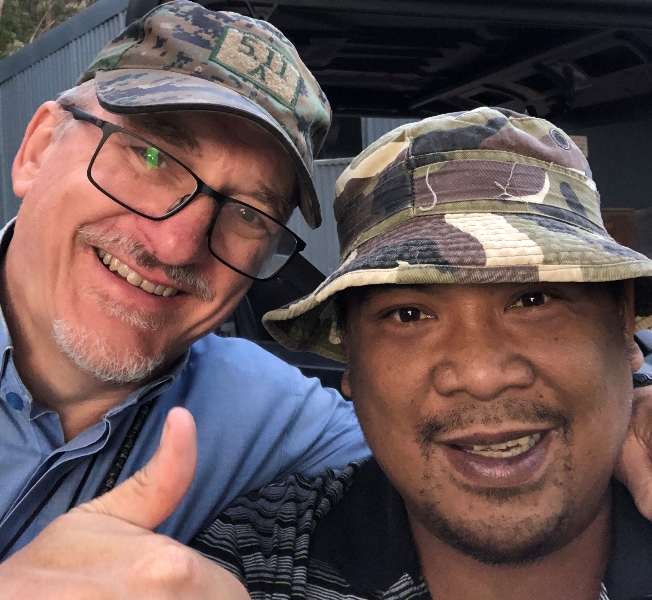 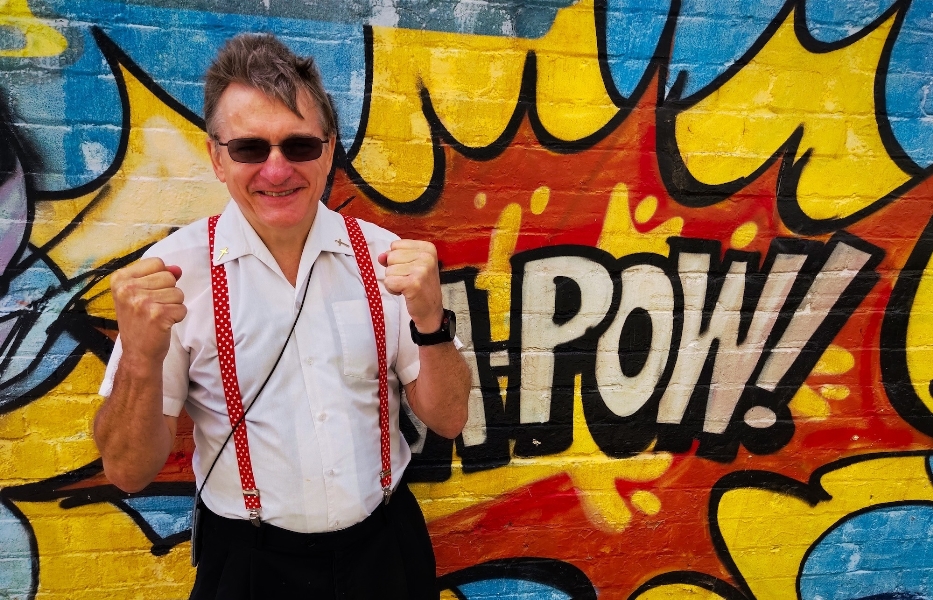 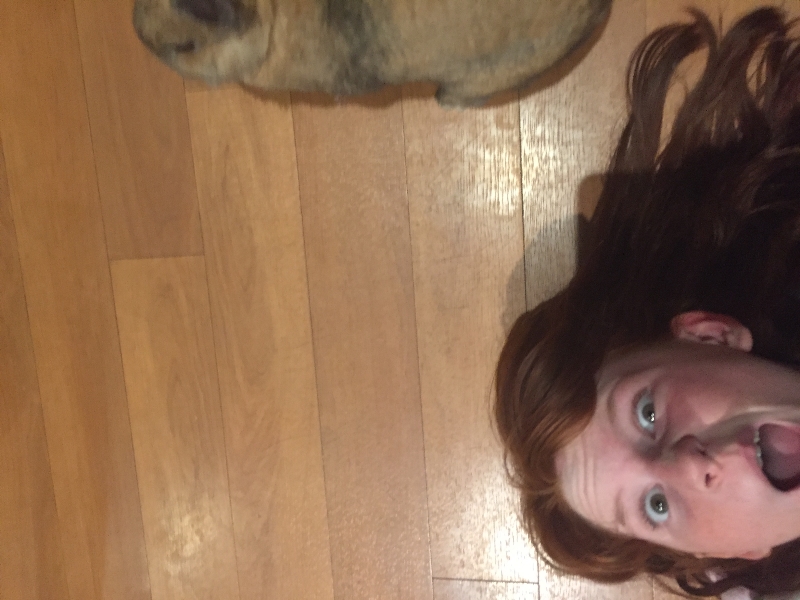 It’s Friday night as I begin this newsletter and I’m back in the bush. We are past Summer now and the nights are already getting chilly again. I’m wearing my Syrian Army jacket though and it is more than a match for the cold. Moreover, it warms my heart as well as my body, reminding me of my many dear friends in Syria. I take a moment to pray for them in their ongoing struggle for survival.

In case you missed it, one of US President Biden’s first executive orders was to restart military attacks on Syria. I penned a few words about this today on PrayersforSyria.com. The final number of casualties is still unknown but it may be that the new President has already outdone his predecessor in term of the number of innocent Syrians killed by US troops. Lord, have mercy.

Meanwhile, back at home, we continue with the struggle for my own survival, and we seem to be winning! 😊

As you may be aware, my main concern, since losing my position as Parish Priest in Dulwich Hill, has been to find accommodation for myself and Fran, my youngest daughter. As many of you will appreciate, it’s not generally possible to get a rental property if you have no income and nothing behind you. Even so, I’ve now had two very wonderful offers.

The first was from my friend, John – a long-term member of the Fight Club – who said that he had two spare bedrooms and that Fran and I could move in with him. Then one of my dear Muslim friends, Robert, said that his family owned a unit nearby that they could rent to us for well below the market rate, and with no requirement to demonstrate long-term financial stability. The unit is lovely and close to Fran’s school so … thank you, brother. 😊

It’s curious. Having poured myself out for the church over the last 30+ years, I always figured that if the boot were ever on the other foot and if I was ever the one in need of help, the church would be there for me, just as I had been for them. It didn’t work that way.

With a few very notable exceptions, the church turned their back on me. Those who stood by me were primarily the members of the Fight Club and my friends in the Muslim Community! And there is one other group who made a public stand for me too – the Australian Community Party (ACP)! They held a picket in support of me over two Sundays outside the church building in Dulwich Hill! Who says that God doesn’t have a sense of humor?!

In truth, the words of encouragement and support I’ve received from people across my local community over the past few weeks has been both heart-warming and humbling. People have been calling me, emailing me, texting me, and stopping me in the street to tell me how sorry they are that I have left. I guess the screening of my story on A Current Affair had a lot to do with that, as did the community petition that someone started for me, as did the picket line, no doubt.

Where to from here? As I’ve told those who organised the picket, now that Fran and I been provided with accommodation, our immediate needs have been met. The issue though of people being crushed by the institutional church remains, and it’s not only separated and divorced people, but people who get their faith wrong, gay people, woman … there are lots of people who find themselves, for one reason or another, thrown under the ecclesiastical bus. Unsurprisingly perhaps, quite a few of those people have been contacting me of late and sharing their stories. Perhaps some of the energy of the ACP and my other supporters can be redirected to that greater cause? Perhaps we could even get some church-goers involved?

I am told that my supporters are doing their next protest outside Sydney Anglican Headquarters – St Andrew’s Cathedral – on Sunday, March 21st. They’re hoping to present the Archbishop with the petition. In truth, it would be good if that protest could look beyond my personal welfare and draw attention to the bigger issues. It would be good too if some Christian people would come and support our Muslim and Communist brothers and sisters in that goal.

So … in case you missed the links above:

For those who couldn’t make it on the night, I’m embedding below a video of some of the highlights of my farewell on February 13th.

The featured video is one of three, each of which are about half an hour long. I don’t really expect anyone to watch any of them in full (apart from me, of course, who will no doubt watch each one repeatedly) but if you weren’t there, it will hopefully let you a feel for the event.

Let me say thank you again to everybody who was there, and especially to those who shared their memories of the last 30 years on the broadcast. It’s hard to move on, but this helps me to look back with gratitude. 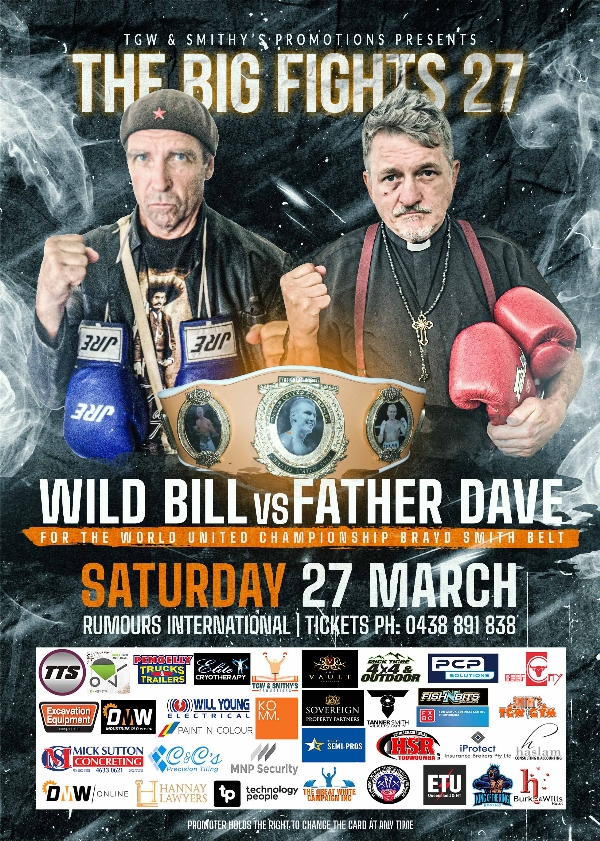 Looking forward, there’s quite a bit for me to do now. My most immediate concerns are moving house and the boxing match in Toowoomba on March 27. Everything seems to be in place for the fight, and I’m trying to get some momentum into my training schedule. I’m trusting that it will be the fight of my life!

Apart from these immediate concerns, I have two long-term foci for which I’d appreciate your prayers and support.

The first is the development of Binacrombi. I’m hoping that within a year we will have a small spiritual community living on site and that we will be well known as a centre for spiritual recovery as well as for high-energy sports and fitness. I’m trying to do the Binacrombi Bush Bash every Saturday night and a Eucharist every Sunday midday. You can catch both on Facebook Live each week, though I’d really love it if more of you could join me in person.

The second focus is my Physical and Spiritual Fitness Program. I shared the draft promo video with you in the last newsletter and had lots of positive responses. It is a work in progress. Even so, I would be very grateful if more of you guys would jump on board now and help me develop it.

Can you commit $10/month to the program and be a part of the Fighting Fathers online community? I figure that if I can get 100 good people contributing $10/month and another 10 people contributing $100/month, my financial needs will be met. Anything on top of that can be poured back into the work – the camps, the Fight Club, Boxers for Peace, etc. Are you able to join me in that work? Click here.

We’ll speak again soon, probably on the other side of the big fight.

Until then, I remain …
your brother in the Good Fight,