‘To seek and to save the lost’. It’s the way Jesus described His life’s mission, but it’s not immediately obvious what He meant. Whenever I refer to someone as lost, it’s either because they’ve wandered off into the bush at Binacrombi and we can’t find them, or because they are struggling with some addiction or mental health issue.

When the Romans took over a country, they auctioned off tax collection rights on a district-by-district basis. Wealthy people would buy the rights to a district, and then they’d auction out the rights to specific gates. Levi, son of Alphaeus, who we read of in Mark chapter two, was a man who had purchased rights to one of these gates. Zacchaeus was chief tax-collector for the entire district of Jericho – a position that would have cost him a lot of money, but with the Roman tax rate set at 2.5%, and the tax-collector able to set his own commission on top of that at whatever rate he pleased, there was a lot of money to be made through the occupation.

You were profiting off your own people’s misery, of course, but what did you care? Nobody could hurt you when you had the most powerful army in the world at your back. People might grumble quietly but no one would dare to openly stand up to you.

Having said that, if the Jews had been successful in one of their uprisings, people like Zacchaeus would have been amongst the first lined up against the wall after victory was won. This is what we do to collaborators. Think of what happened to the Vichy French after World War II. It’s the same thing that happens to Palestinians today in Gaza or the West Bank who are found to be collaborating with the Israeli Defence Forces. It is hard to sympathise with people who collaborate with the enemy, especially when they do so solely for the sake of making money.

It is not clear why Jesus went out of His way to fraternise with Zacchaeus. Jesus not only talked to him but dined with him and stayed at his house! What is clear is the man’s response: “Look, half of my possessions, Lord, I will give to the poor; and if I have defrauded anyone of anything, I will pay back four times as much.” (Luke 19:8)

Jesus responds to this with, “Today salvation has come to this house, because he too is a son of Abraham” (Luke 19:9), and perhaps this helps clarify what being lost and found is all about.

Zacchaeus turns out to be a ‘son of Abraham’ after all. In other words, Jesus sees Zacchaeus as a full member of their community. Yes, he had turned his back on his people by working for the Romans, but by his generosity Zacchaeus had demonstrated that he was still one of the faithful!

It would be interesting to know the aftermath of this story. Did Zacchaeus subsequently quit working for the Romans and seek more honest employment? Did his fellow Jews start to welcome him back into their homes, or did one of the patriots quietly knife him a few days later in some back alley?

We don’t know what happened to the man. What we do know is that on that day Jesus embraced him as a brother, and Zacchaeus was found!

Last Saturday night’s Bush Bash was quite a surreal event for me. When we started, there was only one other soul willing to don the gloves. I thought I was going to have an easy night. We did a couple of friendly rounds, stopped the video, and I started to pack up. Then another twenty or so men showed up, all apparently ready to rumble!

I think I ended up fighting at least six of them. At the time, all I knew was that as soon as one guy would tire out, a replacement would step through the ropes and take over, and each new fighter looked like an upgrade – bigger and stronger than his predecessor! 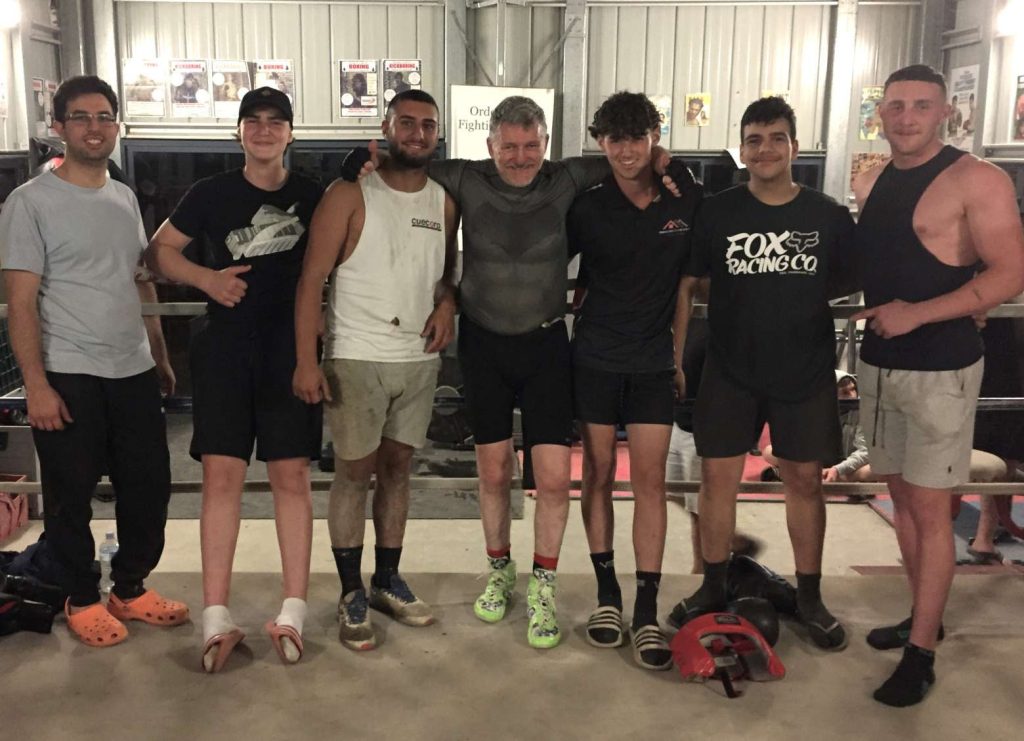 By God’s grace, nobody got hurt. Indeed, it was a great night. I know that a day will come when I won’t be so fortunate – when I’ll fail to duck under that right hook, and it will be my last Bush Bash. Thankfully, that day has not yet come.

We shared another wonderful Eucharist last Sunday, welcoming Kamini to the panel, along with our old friend, Rob Gillard.

We had some wonderful interaction last Sunday with our broader online community, getting into some vibrant discussion on the subject of dreams. We didn’t do any authoritative dream-interpreting, but we did share some vibrant visions. Perhaps I need to listen to the Bible-Banter again and see if I come up with any fresh insights.

This Sunday I’m excited to welcome Meryl Uebel-Yan to the panel. At this stage, we still have room for two others to join us. If you’re keen, don’t be backwards in coming forwards. Either way, we’ll be starting at around 11.45 am as usual and will be streaming through the regular channels:

Thank you again to all those who give financial support through my Patreon account. It is deeply appreciated. If you haven’t signed up yet but are able to contribute, please choose one of the following options at the Patreon site:

In closing today, I want to ask once again for your help.

I’m not proud that I’m always asking for help. I need help at Binacrombi, I need prayers. I need money. “What does he need now?”, I hear you say.☹

I could be wrong, but as I’ve thought and prayed this through, it seems to me that if I could get the right fight, a lot of the other things I need help with would sort themselves out.

As I say, I could be wrong, but last Saturday night was a sobering reminder to me that God has kept me fit and strong, and I figure it must be for a reason. So … if you know of anyone who will fight the 60-year-old fighting priest, let me know. I currently have feelers out in the UK, in the USA, in the Philippines and in Papua New Guinea. I’ll travel anywhere and I’ll box anyone who the authorities will allow me to fight.

It’s not because I love fighting. In truth, I don’t think I’ve ever enjoyed the actual experience of a full-on fight. Even so, God has opened so many doors for me through fighting. I have a feeling that there’s a few more to be opened for me yet.

May God Almighty bless and strengthen you for the work to which you have been called.