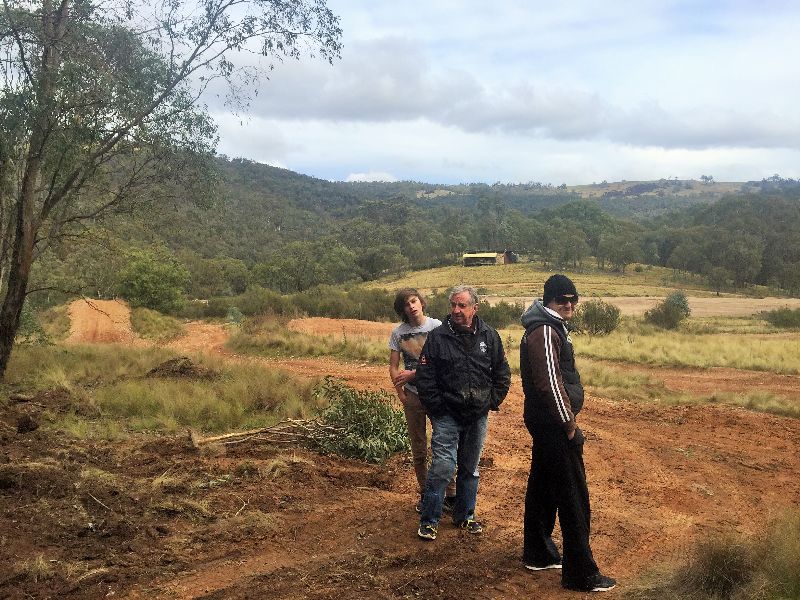 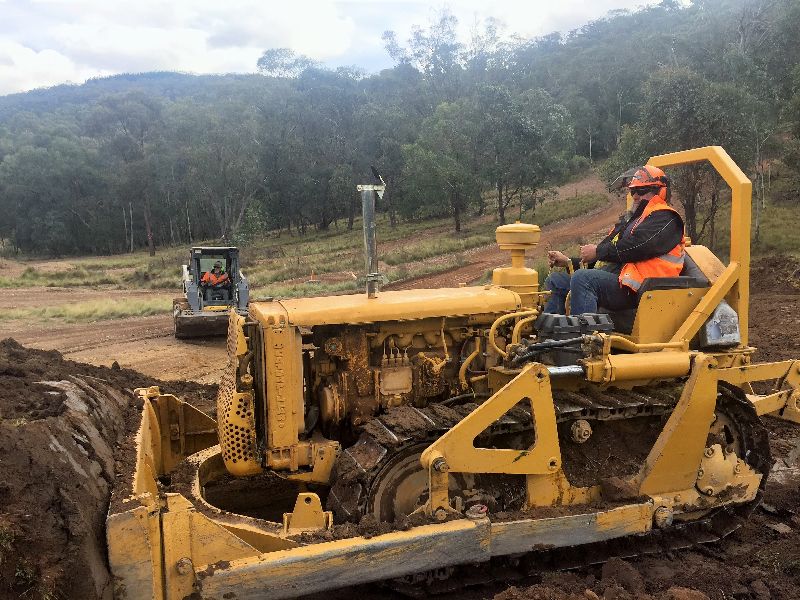 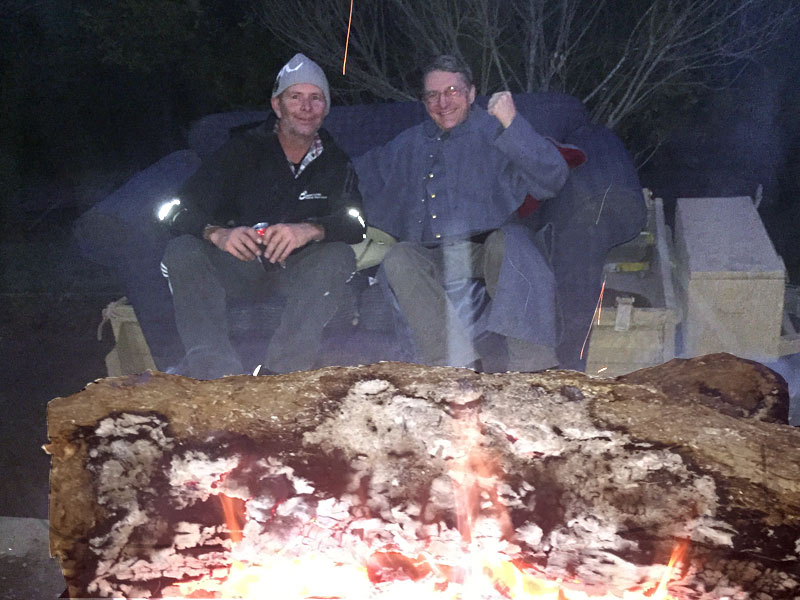 there's nothing like a blazing fire to keep out the cold 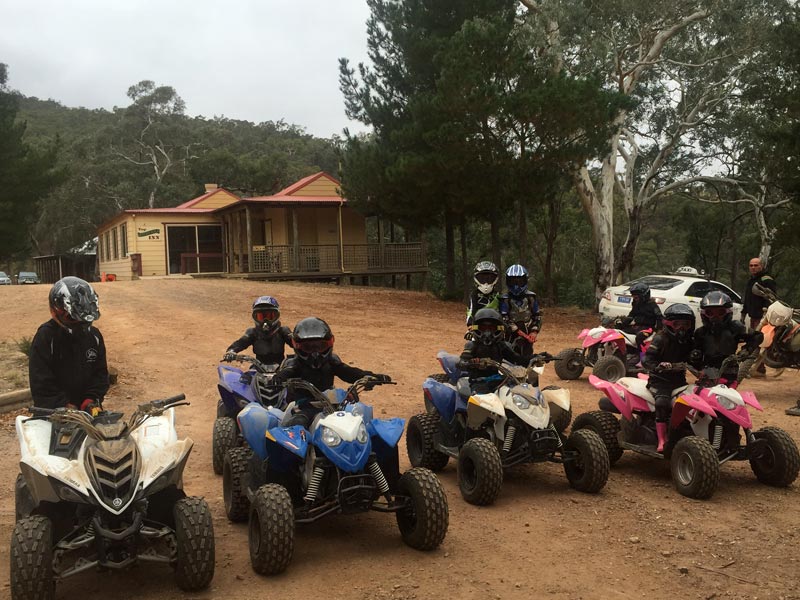 Kids on quads at Binacrombi 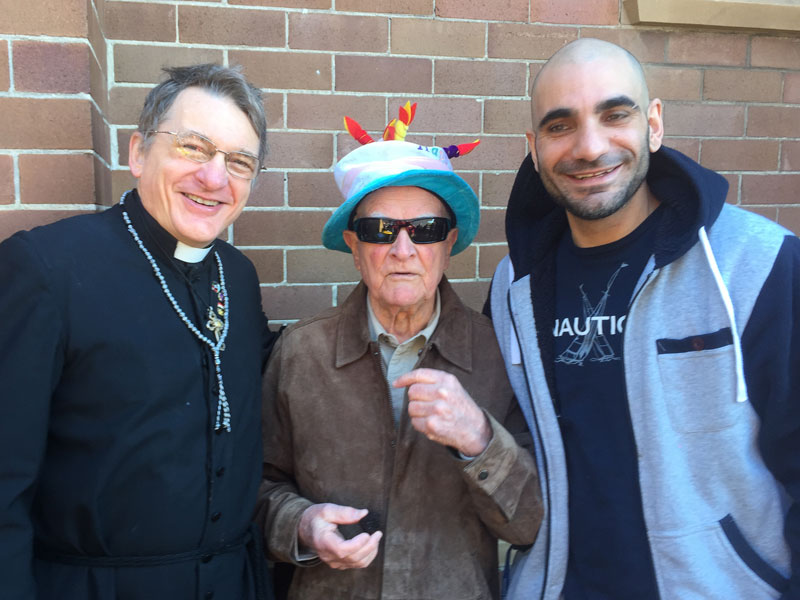 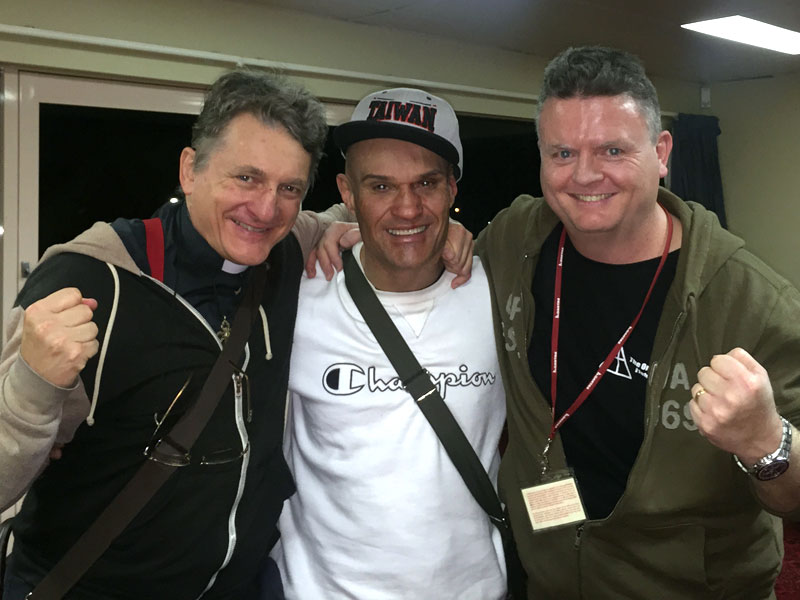 Dimitri - the Dominator - fights for another title 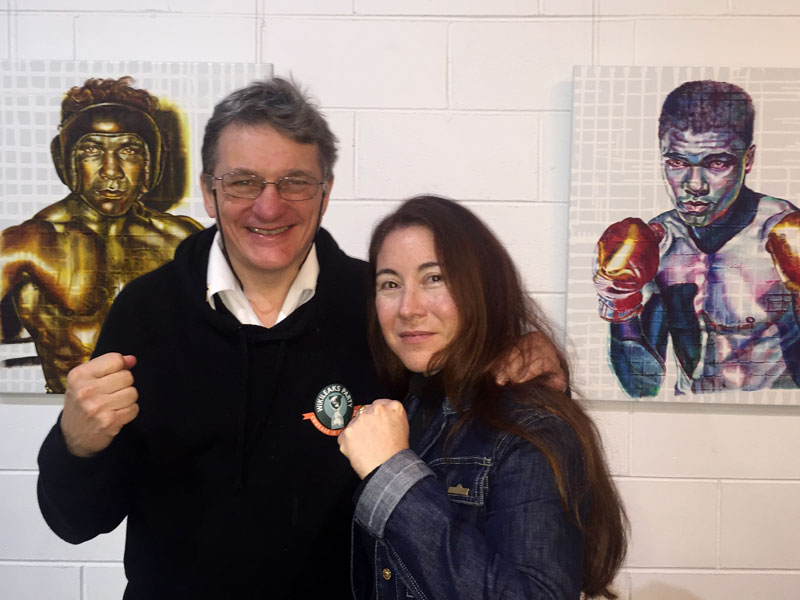 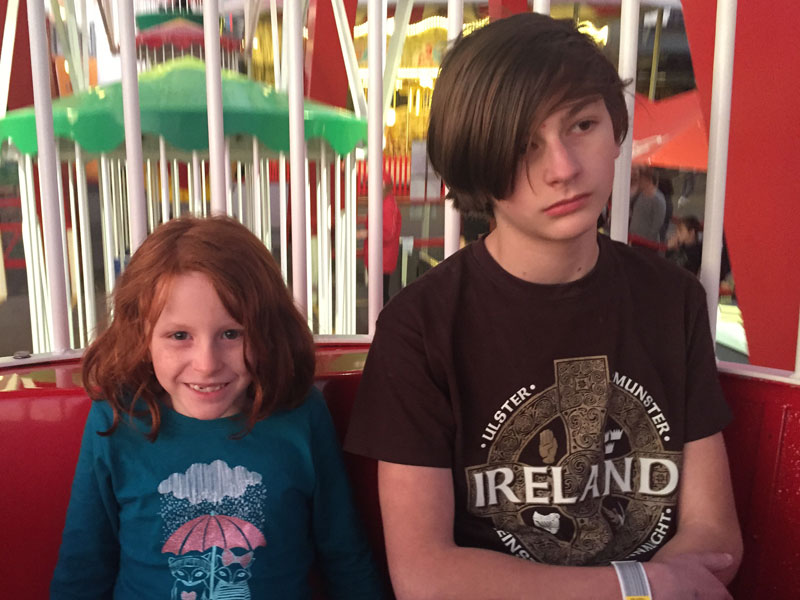 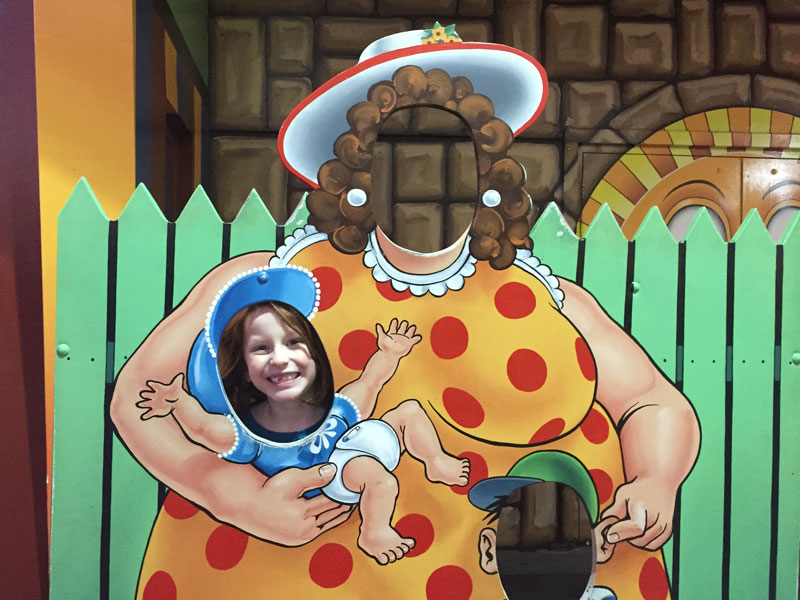 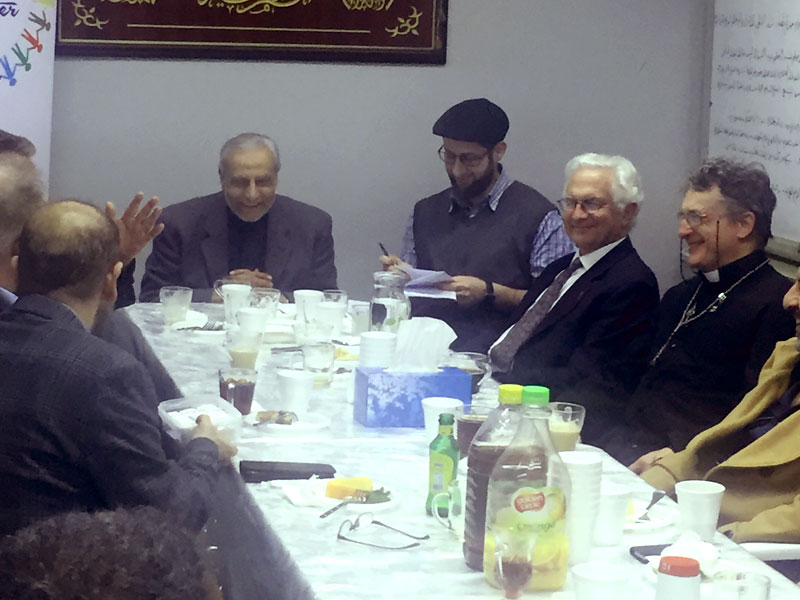 Dinner with the Grand Mufti of Australia 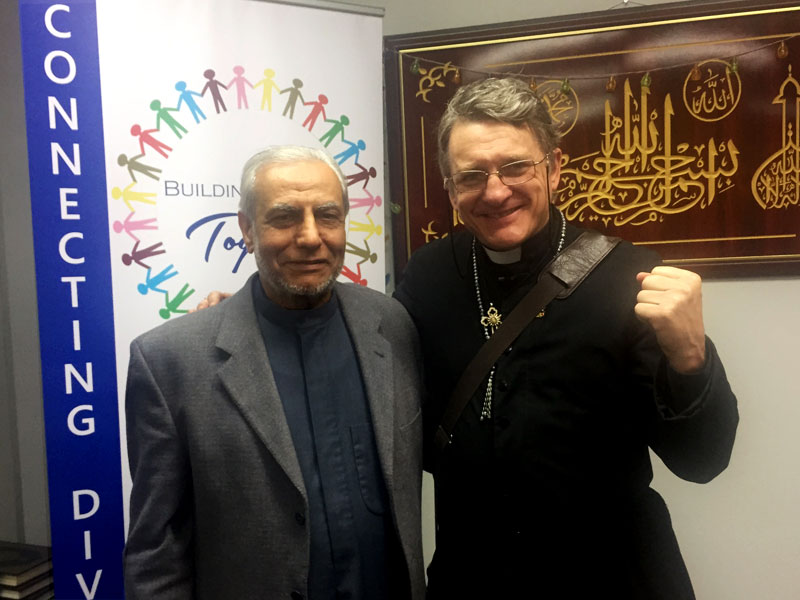 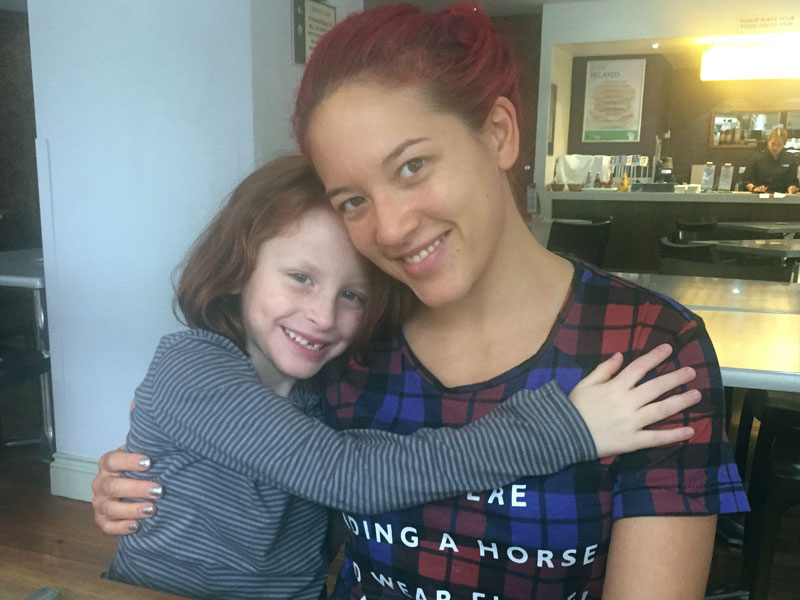 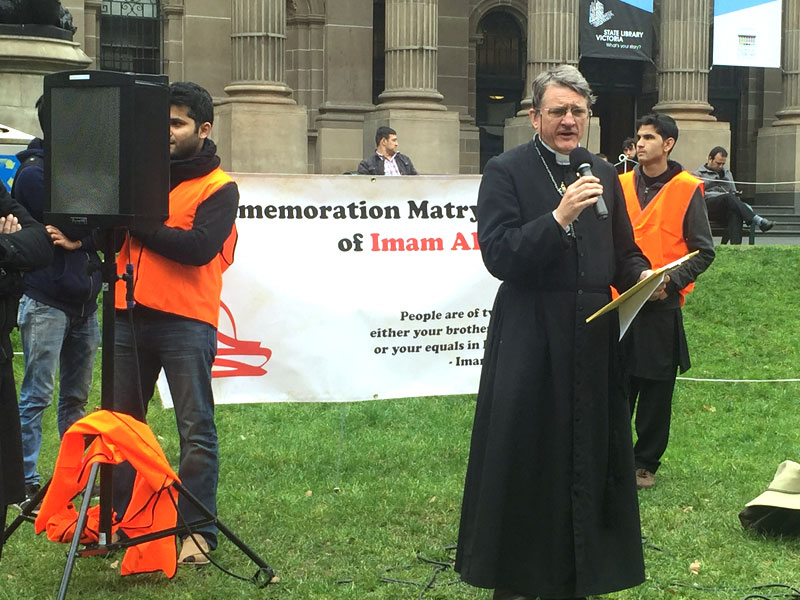 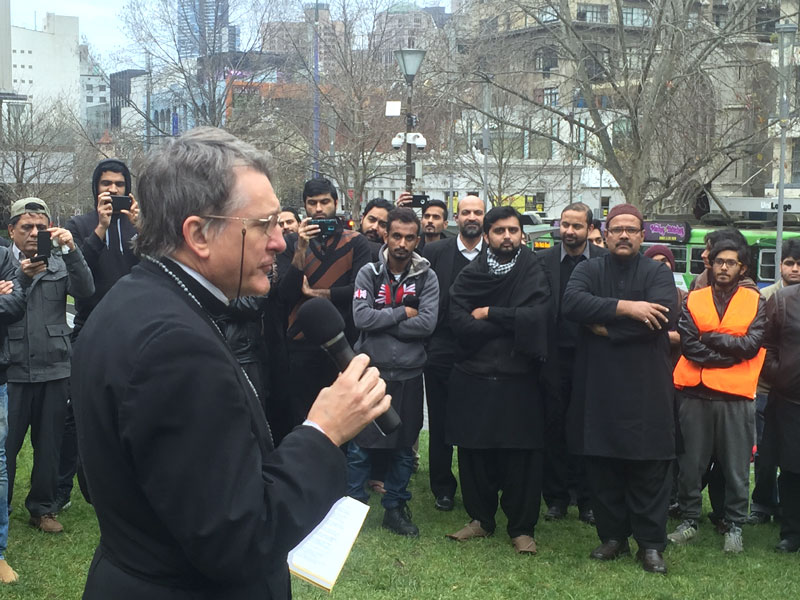 Forgive me for being out of touch for so long. As you may know, I took a month’s long-service leave shortly after returning from Syria and I tried to go dark for a while.

That’s a term normally used by spies so perhaps it’s not really appropriate in my case. My point is that I tried to go off the radar so that I could concentrate on developing our ministry at Binacrombi Bush Camp over that month and also focus on other work not directly associated with my responsibilities as a parish priest. I had also hoped to get a bit of rest.

I wasn’t very successful, particularly in terms of getting rest. I did though enjoy the extra time at Binacrombi very much, and I have great hopes that we will continue to build that place up as a centre for both intense fitness training and prayer.  We’ve seen some remarkable things happen down there recently with men who have completed prison terms, using Binacrombi to help them transition back into the community. Please keep this work in your prayers.

The latest news is that Boxers for Peace are about to head back to Syria! It looks like I’m going to have the opportunity to box the former Syrian middleweight champion, Mahmoud Ben Ali. I’ll also be taking with me Jacob Najjar – two times professional World Kickboxing champion. Apparently the Syrians have an opponent for him too!

My hope is that I’ll be boxing Ben Ali for a Middle Eastern Middleweight Title (old bastards division). At this stage the Syrian Sports Ministry hasn’t confirmed the bout, nor do I know exactly what weight I’m supposed to come in at! Even so, I appreciate that the Syrian government has other priorities at the moment so I’m trusting that it will all come together on the night.

I know little about Ben Ali as an opponent except for what the Syrians tell me – namely, that I won’t last one round with him!  We’ll see. The man is five years younger than me and is way more experienced. Even so, I have one great advantage over him. I live in Sydney. He lives in Aleppo.

I received an email from a friend in Aleppo last week. I won’t mention his name but let me share something of what he said:

“We didn’t sleep all the night. The attacks of yesterday 2nd July started around afternoon and continued up till today 8:30 am 3rd July. They said that 3-4 civilians died, but 87 civilians injured. The ambulance voices didn’t stop all night long.

You had to hear the people over here in Aleppo. Aren’t they Syrians? After all these years and after all these attacks on them and after they lost their income sources and family members, they are asking the Syrian army to terminate the terrorist attackers and their nests, which have become like cancer in Syria’s body. They don’t care if that termination happens by chemical weapons, bombs, or whatever. Yet, around the world and in the mainstream media, they dare to demonize the so called “barrel bombs” and talk about the lost in lives of the terrorists …”

Aleppo is a city of both suffering and frustration. I imagine it is also a difficult place to train for a boxing match. I pray that Ben Ali and all the residents of Aleppo will be protected by Almighty God. Even so, I cannot but think that I will come into this boxing match fitter and better prepared as an athlete, and that may even the odds between us and make for a great match! I pray so.

Whatever happens I’ll be giving you all the details just as soon as they come to hand. You’ll get those details most quickly if you’re following me on either Twitter or Facebook but I’ll try to send out another newsletter to you before my bout takes place too.

One place that I ha43ve really enjoyed visiting in Damascus is the home of Ananias in Straight Street. Readers of the New Testament know this place well. It was where St Paul, who had initially come to Damascus to arrest and persecute Christians, was prayed over by a godly man named Ananias. He was never the same again!

The 2000 year-old home of Ananias is still standing and was long ago transformed into a chapel. I have spent time in prayer there twice now and this has enhanced my appreciation of how radically Paul was transformed through his encounter with Jesus.

Until Paul met Jesus he had been convinced that they key to pleasing God was to abide by all the laws of the Torah. He had believed that he had to climb the ladder of moral and religious purity in the hope of meeting God at the top of the ladder. What Jesus taught him was that it works the opposite way round – that you meet God at the bottom of the ladder, after you’ve fallen off!

One dimension of that realisation was that it gave Paul a very radical understanding of what it mean to have authority as a religious teacher.


If you’re having trouble with my accent you can read this sermon here.

I’m avoiding doing any big funding drive for this trip as it’s all been planned very quickly. Even so, my dear friend Ophelia Heragli is organising a Boxers for Peace fundraiser Iftar dinner for this Sunday night – July 12th. It’s all been put together in the last few days but apparently she’s already had 60 people confirm that they are coming! I believe that they are all friends from the Islamic community which is very humbling. Hopefully a few Christians and other supporters will be able to make it too.  You’ll find all the details on the Facebook event page that Ophelia set up.

Of course you are welcome to also donate funds via my ‘buy me a drink‘ page or you can contact me for bank account details if you want to make a direct transfer. In truth though I feel that I’ve asked too much of my online community already. Even so, be assured that anything we receive beyond what we need for air tickets will be given to the refuge in Yarmouk that I visited in April – the one that needed pillows for the kids to sleep on. Even if they have the pillows by now I’m sure they can make good use of anything extra I can offer them.

You’ll have to forgive me if I wind up this newsletter at this point. I do have a lot more that I want to share but the pressures of preparing for this trip are mounting and time is of the essence.