Forgive my prolonged silence. I’m afraid I’ve just had my head down lately, struggling with balancing my commitments to the church, the youth centre, the fight club, the campsite, my websites and my family.

Things are plenty busy at the moment as we get into the lead-up to Christmas. Even so, I’m gulping down a glass of Toohey’s New at the moment and feeling relaxed. I should add that beer is not normally my drink of choice, and neither is Toohey’s New my normal beer of choice, but this beer has a story behind it that makes it taste rather good. Allow me to share the story with you …

A few days ago I received a surprise visit from Trevor – a local mentally-disabled man who roams the streets of Dulwich Hill day and night and is a warm and welcoming personality. I see Trevor almost every day but he doesn’t normally visit the rectory specifically, and neither does he normally have a friend with him.

“Father Dave”, Trevor shouted in his always-too-loud voice. “This is Hadi and he needs to talk to you. He’s just got out of prison and he’s got a few problems. He needs to talk to a priest.”  Trevor then turned and left me with Hadi – a short man of around 30 with a thin moustache. He eyed me silently while taking a drag on his cigarette.

I tried to maintain my professional counsellor expression and nodded while my brain screamed “that is so NOT what I expected you to say!”

Indeed, it wasn’t just what he said that threw me, but the fact that he said it with such quiet detachment, as if he’d said “like maybe I should go get a haircut?”

Hadi explained himself further: “Like maybe I should roll some c**t”.

I continued to nod and said, “that sounds like a really bad idea”.

Hadi agreed. “It’s just when I get on the piss I go a bit crazy” he said.

It was at this point that I noticed that there were some bottles of beer at his feet. They were unopened but had clearly been separated from a six-pack, the rest of which I assumed had been consumed.

Drawing on my years of counselling experience, I responded with “then you’d better stay off the piss!”

I said “I’ll tell you what. I’m going to open the church up and I want you to go in and say some prayers and have a bit of a think about things and I’ll come back as soon as I’ve finished what I was working on and if you want to talk some more we can.”

Hadi was agreeable to this and I left him in the church alone.

I went back home and debriefed with Ange who suggested that I close the back door. “I don’t really want someone whose looking to f**k some c**t up wandering into the house if that’s OK?” I closed the back door.

I returned to the church building about 15 minutes later and Hadi had gone. I was sorry. Then I noticed he had left the unopened bottles of beer in my driveway!

Thinking of Hadi and me in the church together did remind me of a joke that Jesus told about two unlikely characters that bump into each other in the synagogue. It’s found in Luke chapter 18 but I don’t want to say more about it here as it will spoil the joke if you haven’t heard it before. Serendipitously I got to preach on the same passage last Sunday!

It may not be the funniest joke Jesus ever told but it is one of the most confronting!

If you can’t view this video above, you can hear the audio version here or get the video with the full text of the sermon here.

I can’t let a missive go by without making comment on what’s happening in my beloved Syria!

The latest news, in case you haven’t heard, is that Israel has attacked Syria again – a naval attack this time on a military base near the Syrian port city of Latakia.

Of course (as with the four previous attacks) Israel neither confirmed nor denied that they were responsible, but this time the Obama administration made Israel’s culpability public! This led to …. take a guess:

No. Neither of the above, but rather:

3. Israel expressing outrage and indignation at the US for exposing them! (read more)

I guess you can’t blame Netanyahu. High profile criminals never expect to be held accountable for their crimes nowadays. It’s those who expose them who are hunted down and made to pay – Morde Vanunu, Julian Assange, Bradley Manning, Ed Snowden …

Meanwhile, on the other side of the world, our dear Mother Agnes has begun her tour of the USA and Canada. On Sunday she spoke at the church of my dear friend Father Labib in San Francisco. How I wish I could have been there!

Mother’s full agenda can be found on the Syria Solidarity Movement website. If she’s coming to a town near you I’d encourage you to do your utmost to hear her. And please give both her and Sister Carmel a Syrian kiss on both cheeks from me when you see them.

And whether or not you get to meet Mother in person, do please take a look at this wonderful pictorial that was put together of her recent initiative in Moaddamiya – a rebel-held city that has been under siege for many months.

Mother Agnes crossed the battle-lines, carrying only a white flag, and helped free 5,400 civilians and transport them to safety. You’ll find the story, the pics, and a video of Mother and Sister Carmel sharing olives with rebel soldiers and civilians in Moaddamiya here.

As I foreshadowed, there’s plenty happening in our part of the world at the moment. Even so, I am only going to mention one important event at this stage. It’s one that I am hoping you’ll get involved with –  the December 2013 Warriors’ Weekend Boot Camp!

We’ll be heading down to Binacrombi December 6 to 8. When I say ‘we’ I mean me, some of our Youth Centre kids, a squad from our Fight Club, a contingent from neighbouring fight clubs and youth refuges and … YOU! (well, I hope you’re coming).

It promises to be another spectacular experience, led by some of Australia’s greatest boxers – all with an aim of helping you find your engine!

A video says a thousand words, so If you missed the video clip that Denning put together on our last camp, click here (though note that it won’t play on a mobile phone).

I’ll be putting together a dedicated site and flyers and other promotional material for the camp over the coming weeks but why wait? Reserve your place now! An email and a deposit of $10 will do it! Total price for the weekend will be $110 (GST inclusive) and that covers accommodation, food and training, though not transport (though we can certainly organise your transport if necessary.

OK. It’s time to wrap up another missive, but not before I share with you some family pics that I’ve taken since our last communication.

Most of these pics were from the wonderful two-day Halloween holiday that Imogen and I took last week – venturing up to Movie World on the Gold Coast for their annual ‘Fright Night’ extravaganza. I’ve also included a wonderful pic of dear Francesca wearing her scary Halloween mask! She made it herself! 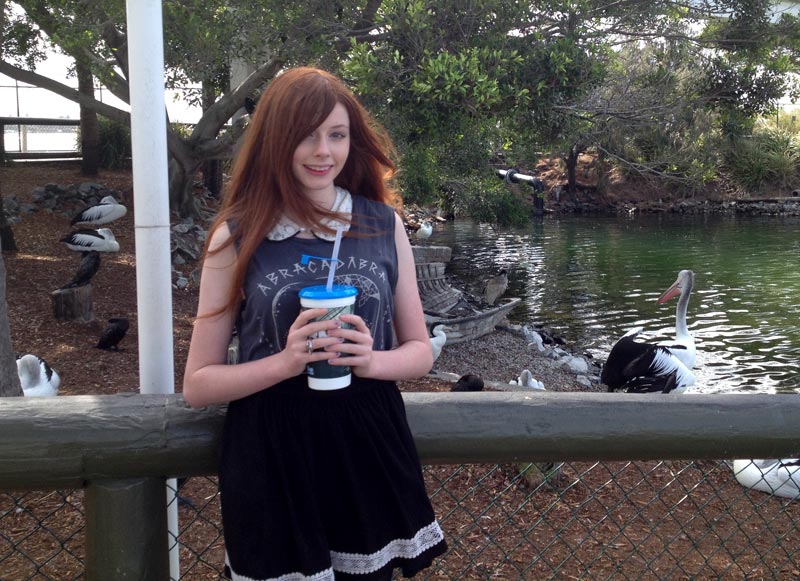 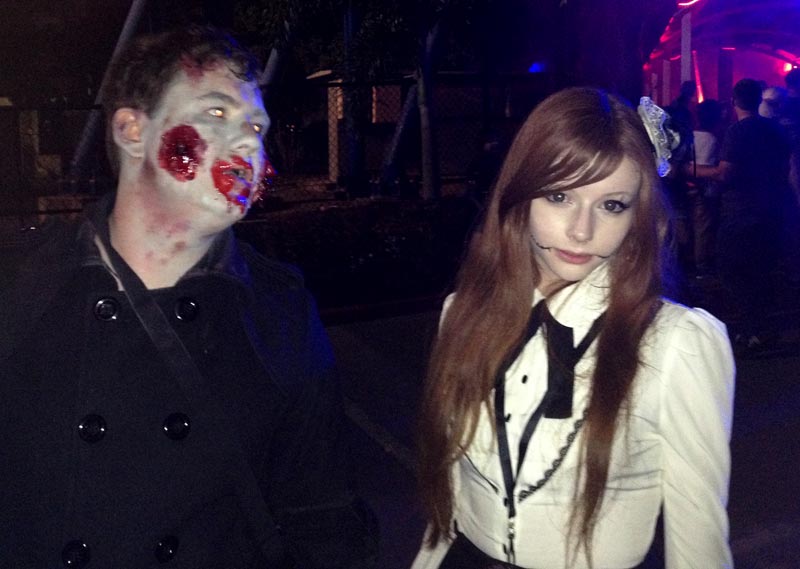 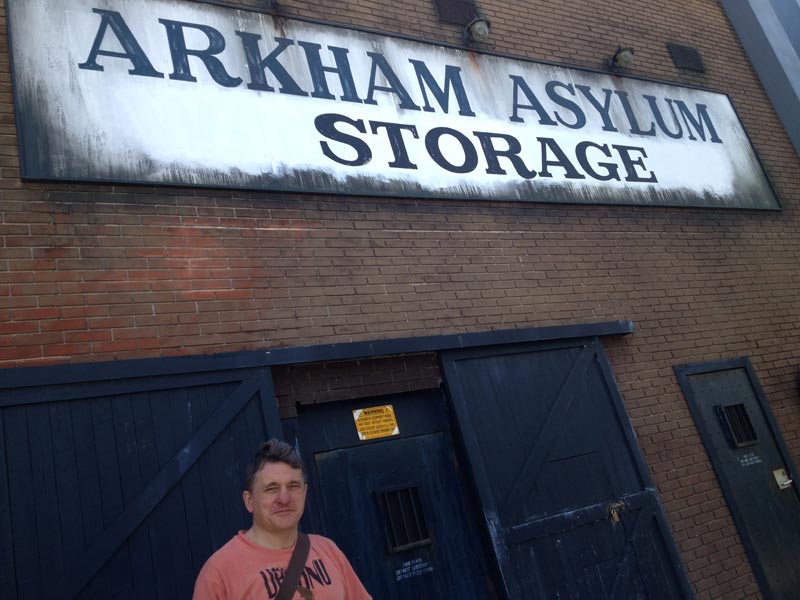 I finally find somewhere where I can take a proper break 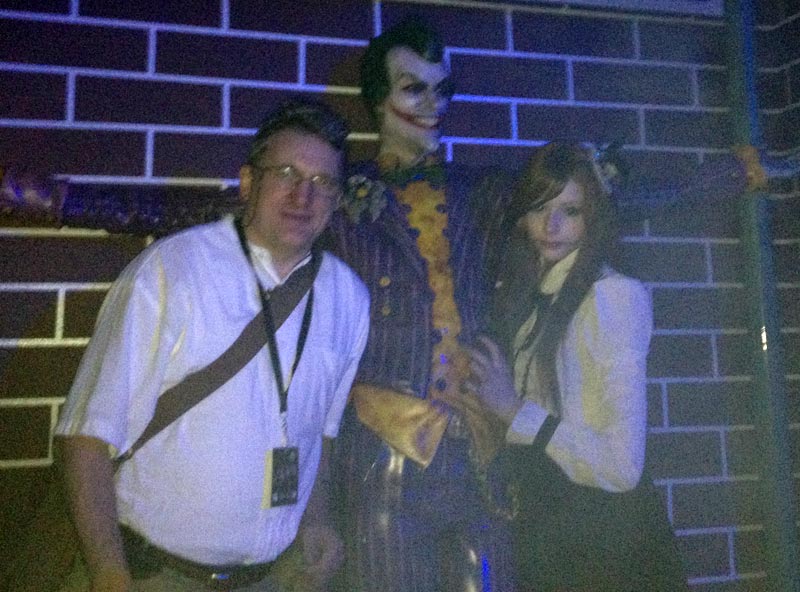 Fright Night at Movie World - Imogen and I are embraced by the Joker! 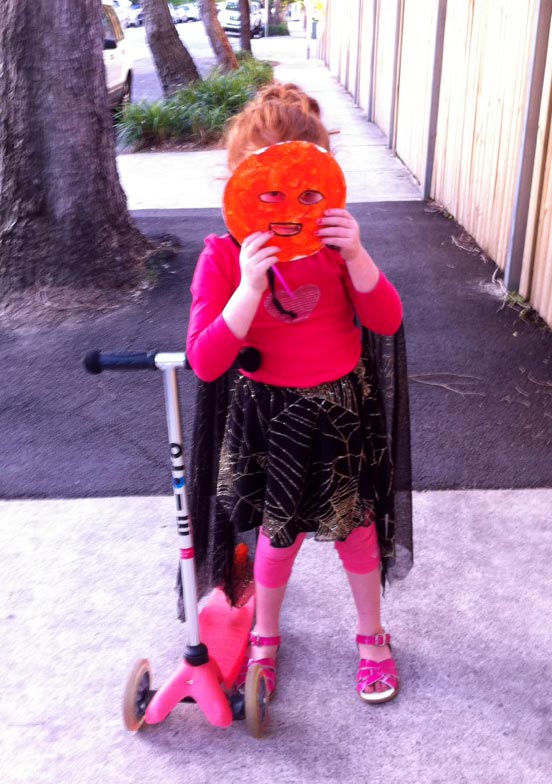 Francesca with her scary Halloween mask 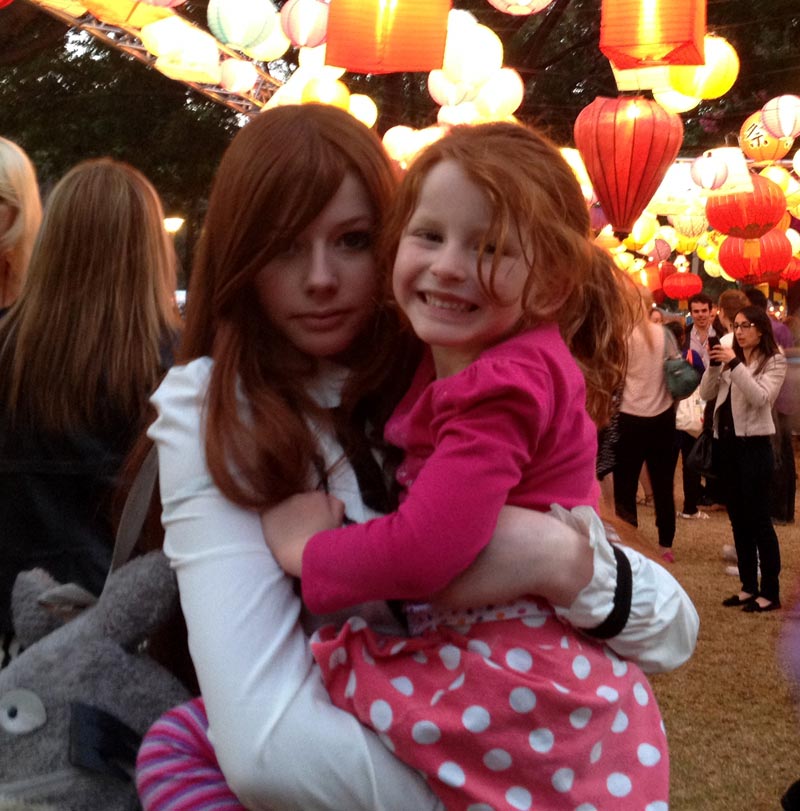 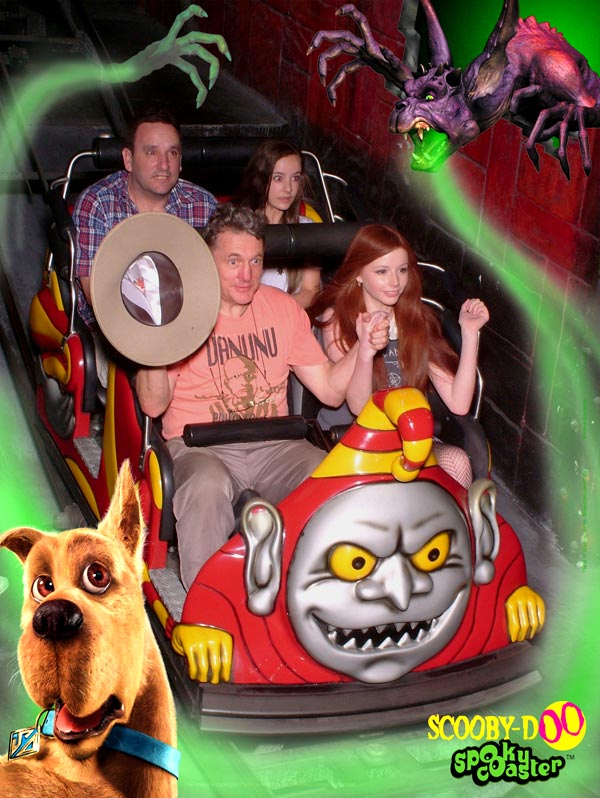 Imogen and I take some time off and visit Movie World 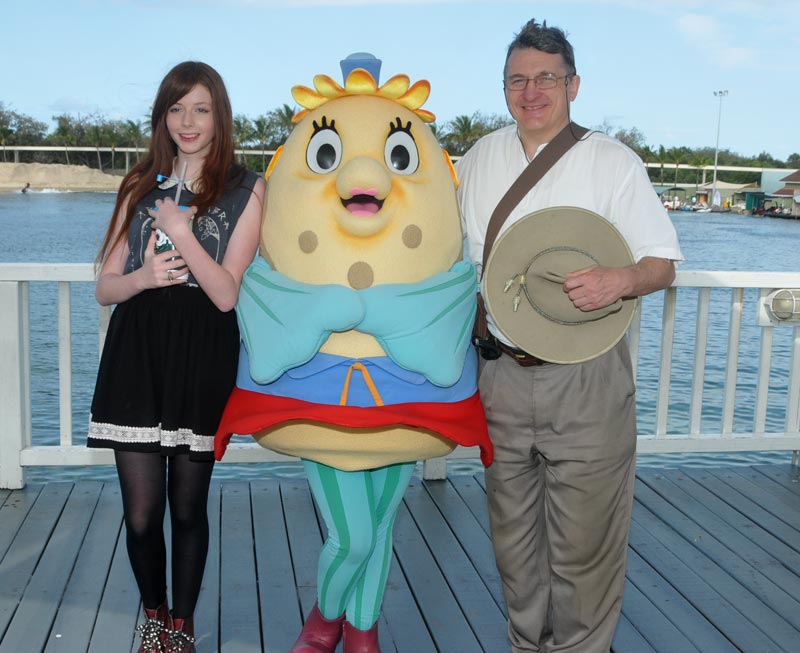 That’s enough from me for today.

Until next time we meet, I remain …